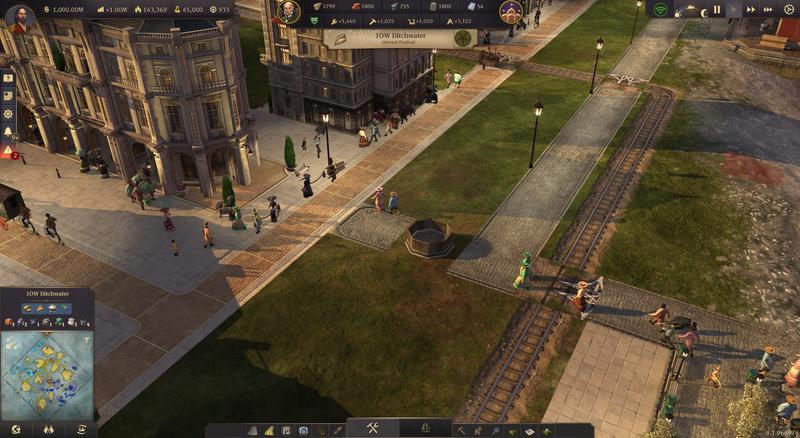 i have noticed this recently and will accept it if i am told it is because i have installed mods, but i am unsure the mods are the problem because it is the first time i have deleted railtracks since installing them.
i am left with a small circular graphic where railtracks cross roads and if i don't notice and delete them, they cause a problem later with building. also there are 'invisible' things which block 1x1 squares and when i cover the surrounding squares with a road, to find the square in question, an 'end of the line' railtrack appears, but is invisible until i surround it with roads.
anyone else? (would like to rule out the mod being the culprit)
thanks.
about 2 months ago - Ubi-Milky - Direct link
Hello P0PPYTAT, thanks for getting in touch with us about this railroad bug.

Usually with any issues in the game we will ask the player if they are running mods first, then ask the play to uninstall them before updating the game.

Can you please uninstall the mods you are using temporarily, start a new campaign, then see if this issue with the railroads exists when not running the game with mods to be sure if this is a bug with the game? Thank you, please let us know when you can.
about 2 months ago - Ubi-Milky - Direct link
Ahwww schucks

Apologies P0PPYTAT, it has to be done! I know a lot of players like to use mods in the games but we have to be sure if its the base game affected or a behaviour caused by mods to be sure.To quote the Anno teams sticky post -

If you install mods then you are changing the official game files, keep in mind that we won’t be able to provide any official technical support for your game. Changing the files of your game can create bugs, cause instability of the game client or even damage your save file. This means that if anything goes wrong after applying a mod (like black screens or game crashes) the Ubisoft support team will not be able to help you until you reset all the changes.

By all means if you start a new campaign and this issue still occurs please come back and let us know in the thread and one of us will happily report this to the team! If you can try to link us to a video as it often makes it easier to see the bug occuring in real time then a screenshot, if you wouldn't mind
← More support posts from Anno 1800
← More dev posts from Anno 1800