The core of the crafting system has existed in a similar state in Last Epoch for the last four years. In that time we’ve had a lot of positive feedback, but a lot of people have also voiced their frustrations with it. In 0.8.4 we want to carry forward the positives, while reworking the core of this system to be less frustrating, and adding more variety to how you can craft in Last Epoch.

This has several immediate advantages: 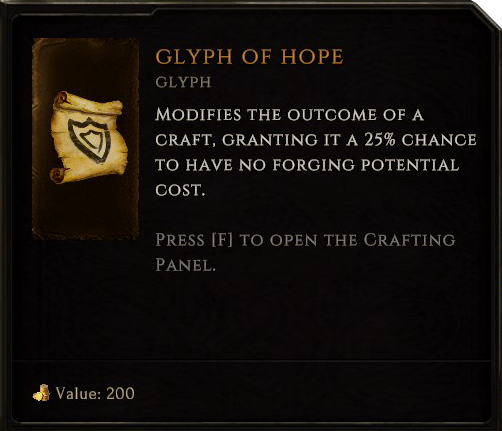 As mentioned above, with the previous crafting system it was often more optimal to start crafting from a magic item. There were several causes of this that we’re planning to address with the 0.8.4 crafting changes. 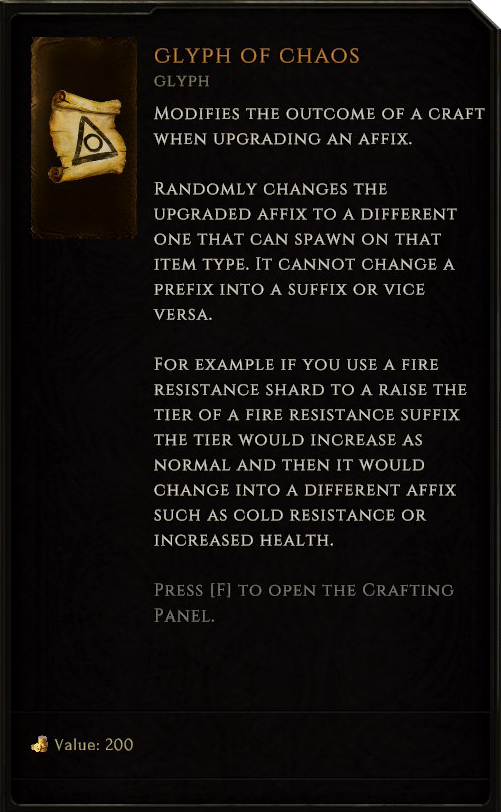 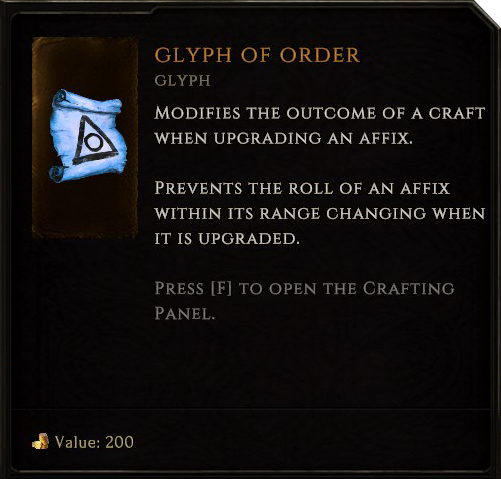 On a related note, we also want to shield players from bad RNG when crafting on exalted items, as that process is inherently more risky due to exalted items being much less easily replaceable. Because of this exalted items drop with particularly high forging potential. 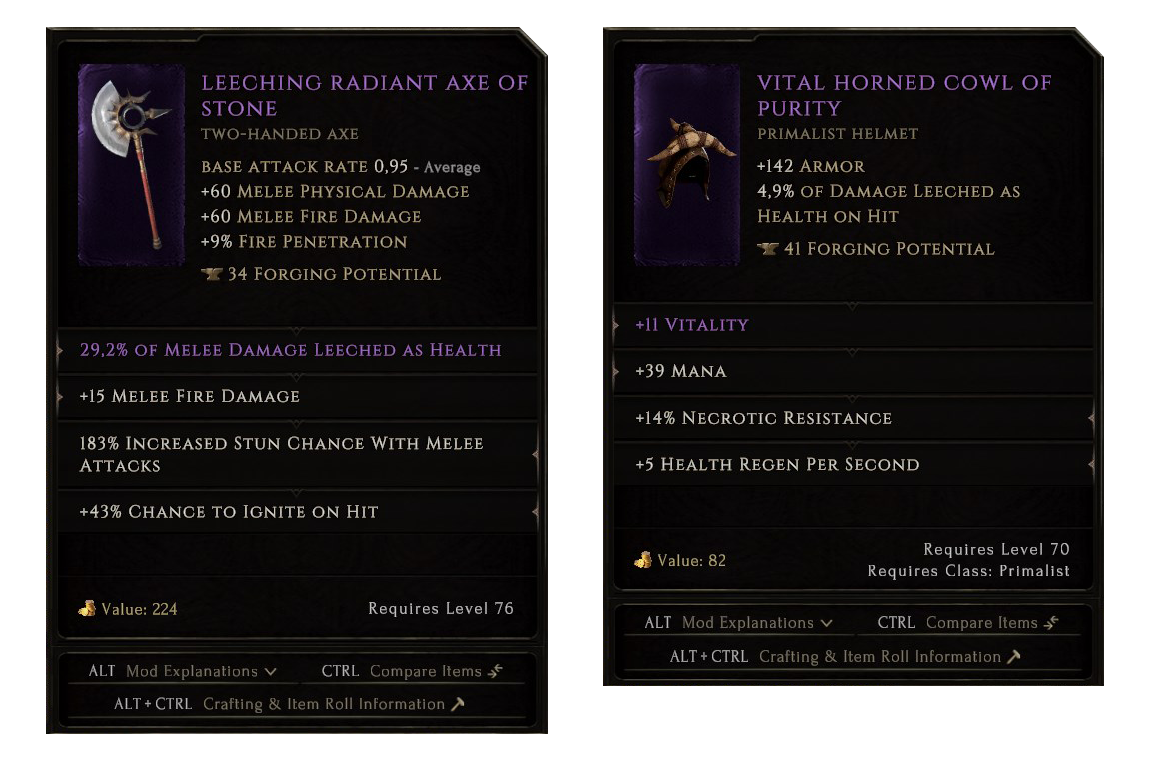 This patch we’re swapping the old two Glyphs for four new ones, replacing one Rune, and adding two new Runes. Three of these new crafting items will be chase items with more exciting and powerful potential outcomes than the existing Runes and Glyphs.

One of our goals with overhauling Glyphs was to make the decision around choosing the one you wanted to be based more on strategy and what sort of outcome you wanted, rather than the math of which was more likely to result in you being able to craft the item further. On account of that, the roles of the Glyph of the Guardian and the the Glyph of Stability have been rolled into the new Glyph of Hope, which gives a chance that a craft will consume no forging potential. 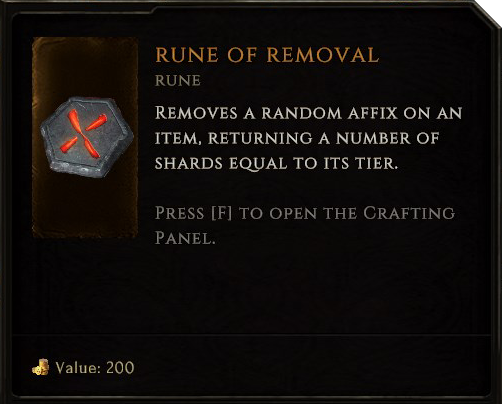 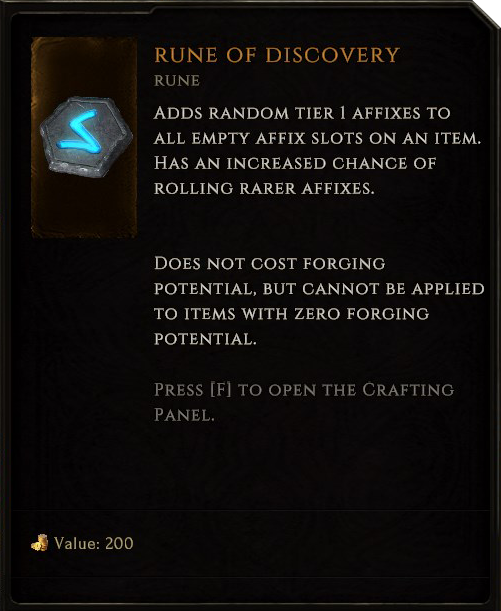 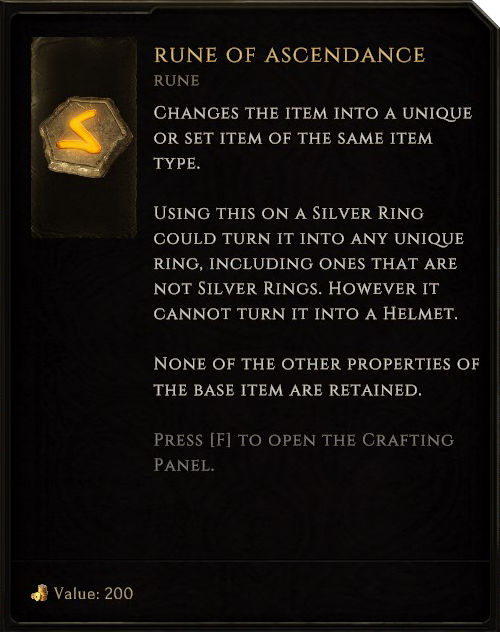 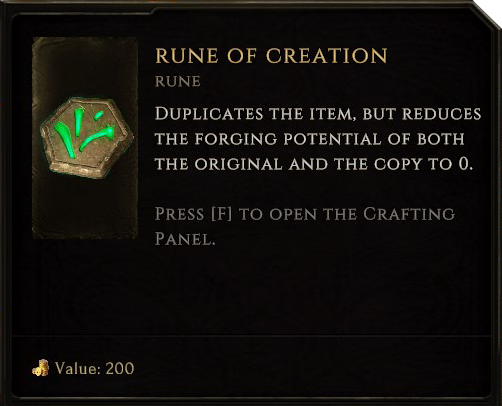 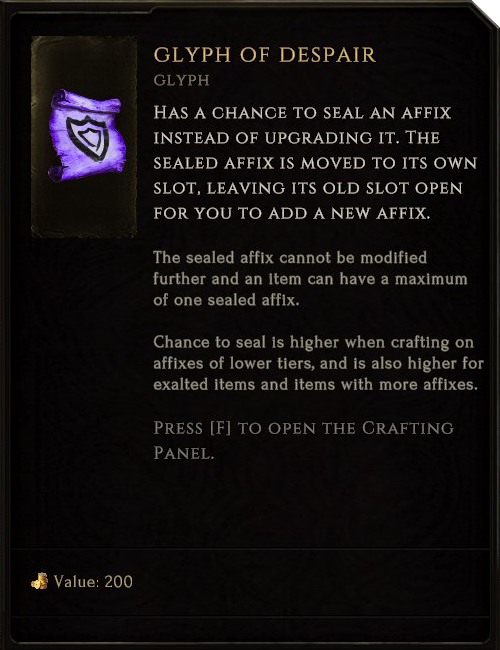 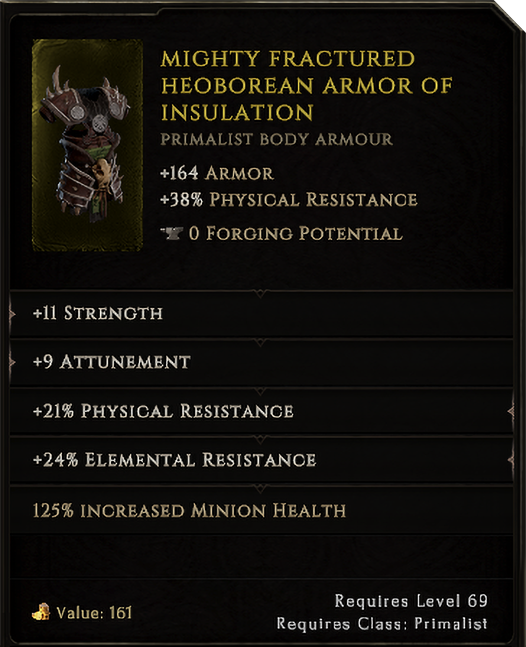 Another change to the crafting system in 0.8.4 is that you can now see the outcome of your crafts. This display is positioned at the bottom of the crafting panel where the various fracture chances used to be displayed. It tells you what stats you gained from a craft and how much Forging Potential was lost, if any.

Community feedback is always valued and has been instrumental in providing direction for the crafting changes we’re making this patch. We hope that you enjoy the changes and that you’ll let us know how the new system feels to use either way.

See you all in Eterra.

The outcome display shows the outcome of the previous craft. In the case of the screenshot the craft had a random cost of 1 to 20 forging potential, and ended up costing 2.

You can only use it when upgrading an affix, and a T5 affix cannot be upgraded, so the highest tier of affix you can seal is T4.

Normally when you upgrade an affix the roll within the tier is randomised. So if you have a helmet with a T3 health it’ll give somewhere between 26 to 40 health, and when you upgrade it to T4 it’ll give somewhere between 41 to 55 health. Normally the value it had within in the range at T3, whether it was at the top, bottom, or middle, has no effect on the value it will have within the range at T4.

The glyph of order changes that so that its position within the range stays the same, i.e. if it gave 40 health at T3 it’ll give 55 health at T4. This can be used to ensure that you get good rolls on your T5 affixes.

Yes, the full effect of a critical success is now:

No idea what you’re talking about

To clarify it can give +2 tiers. “+1 tier to a random affix” includes the affix being upgraded, just like it does now, so you can end up gaining 2 tiers of the affix you’re crafting on.

I think I’d rather it be cumulatively more. Like the more affix levels, the more it uses or the wider the range gets.

This is how it works. The average is around 1-15, but it varies based on tier for affix shards, and is also different for different runes. For example upgrading to tier 2 costs 1-10 forging potential and upgrading to tier 5 costs 1-22. Keep in mind that these exact values are subject to change as we’re not completely finished tuning the system.

Items from before 0.8.4 that were fractured or had very high instability will have 0 forging potential.

That is what he is saying and he’s right. We haven’t given out the exact numbers for it because we are still massaging the numbers.

No idea what you’re talking about