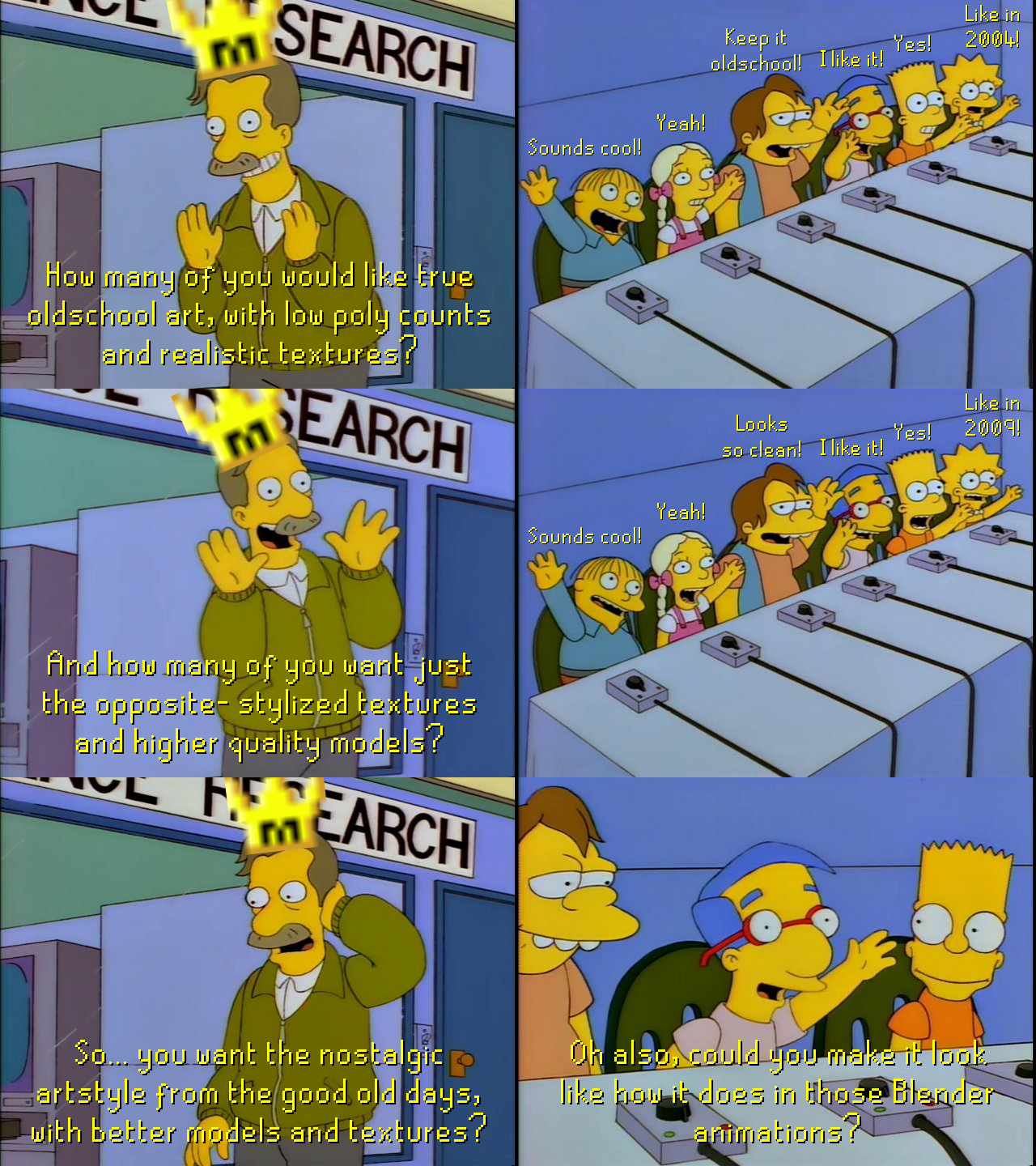 If you're enjoying a casual event, we'll rock up with stray dog costumes and as many os og memes as are applicable.

It's all valid, but there's a context to it's delivery. The older stuff looks bad, but it's also hilarious and charming, there's a time and place for it.

The red crocs before Zebak sums it up. The old and new can work together if they're sympathetic to eachother.

It becomes suffering when we insist one era is right and one era is wrong. In that instance we're in trouble because we can't even agree with the game itself, as it exists.

Not plug-in related, she freezes up for everyone. People have asked about getting an animation added, but nothing confirmed as of yet.

Thanks! I'll look into the Baba freeze. 🙂