A new patch is now live on Windows PC, Nintendo Switch, PlayStation 4, and Xbox One. Read below to learn more about the latest changes.

To share your feedback, please post in the General Discussion forum.
For a list of known issues, visit our Bug Report forum.
For troubleshooting assistance, visit our ...

BTW The most up-to-date codes for zombies are…

Don’t forget that as of 1.48, you can re-upload your Workshop Scripts/Custom Game Settings to the share codes that you own! If you’ve got updates, make sure to share them so we all get to play!

Thank you for 1 year of Workshop! The passion you creators have shown in the past year has been amazing, and we are constantly blown away by the amazing modes coming out every day.

We’ve come a long way since the launch of Workshop: We’ve added copy/paste for Workshop Scripts and Custom Game Settings, Dummy Bots, Variable Renaming, Autosave, Custom Strings, Workshop Maps, Subroutines, Flow Control, and so much more. And none of this would have been possible without you guys. We’re super excited to bring you more and more updates in the future!

If you haven’t jumped into Workshop yet, this is a perfect time. The community has been creating awesome modes over the past year, and they keep getting better! Here are some of the most popular games currently in Workshop:

“I never would have thought that one day I’d be doing so much research on grandma gowns and night caps...” Learn about the artist, Qiu Fang, and the process that brought Little Red Ashe to life for the Overwatch Anniversary event! 🐺 📰 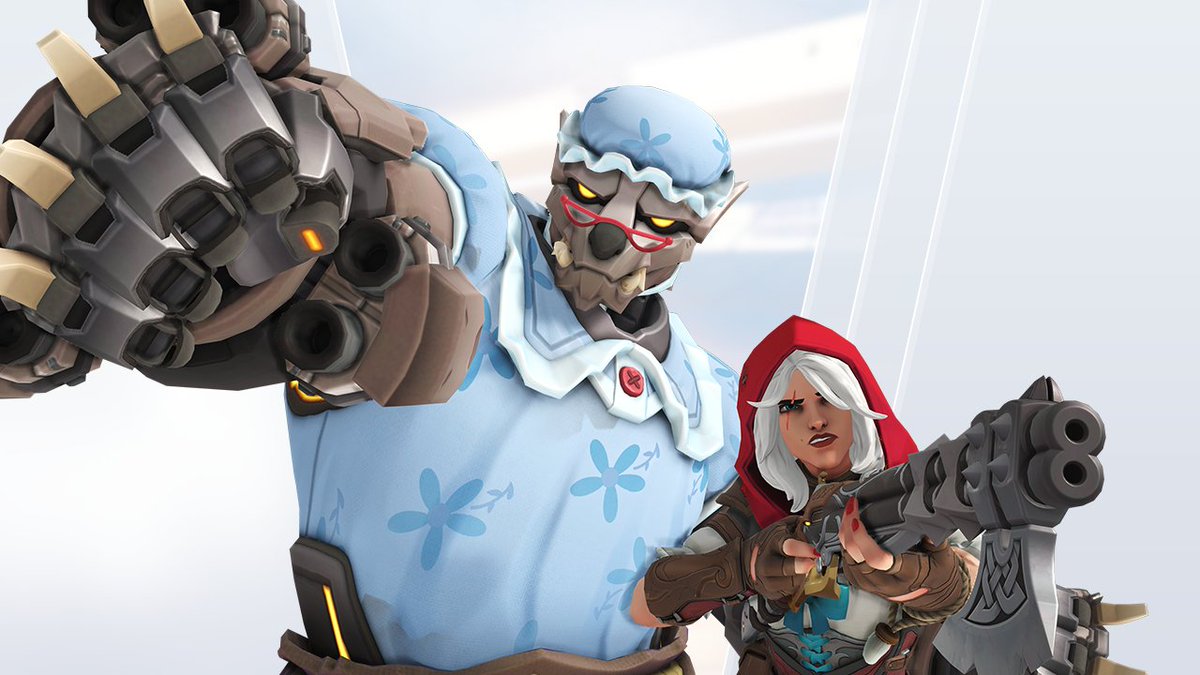 Overwatch concept artist Qiu Fang has a knack for envisioning rugged, outdoorsy characters. Four years ago, when he was an art student with aspirations of becoming a character concept artist, Fang began a personal project depicting a ragtag group of nomadic hunters. The concepts displayed careful control of a muted color palette, precise line art, and small details of equipment and improvised technology that hinted at a world beyond the images.

Fang was proud of his work, but he never expected what happened next: The Overwatch team found his project and recruited him.

“Everything in Qiu’s design seemed to have purpose and function,” says concept artist David Kang, who stumbled across Fang’s work on the portfolio website ArtStation. “I loved that he had a lot of experience not only in fantasy but with functional mechanical tech.”

After a successful series of interviews, Fang left school and joined Blizzard. Now he uses his considerable artistic powers to bri...

Hard work pays off. Get an up-close look at four talented teams of cosplayers from Australia and New Zealand who competed for greatness as part of the Overwatch Cosplay Battle ANZ. 📹 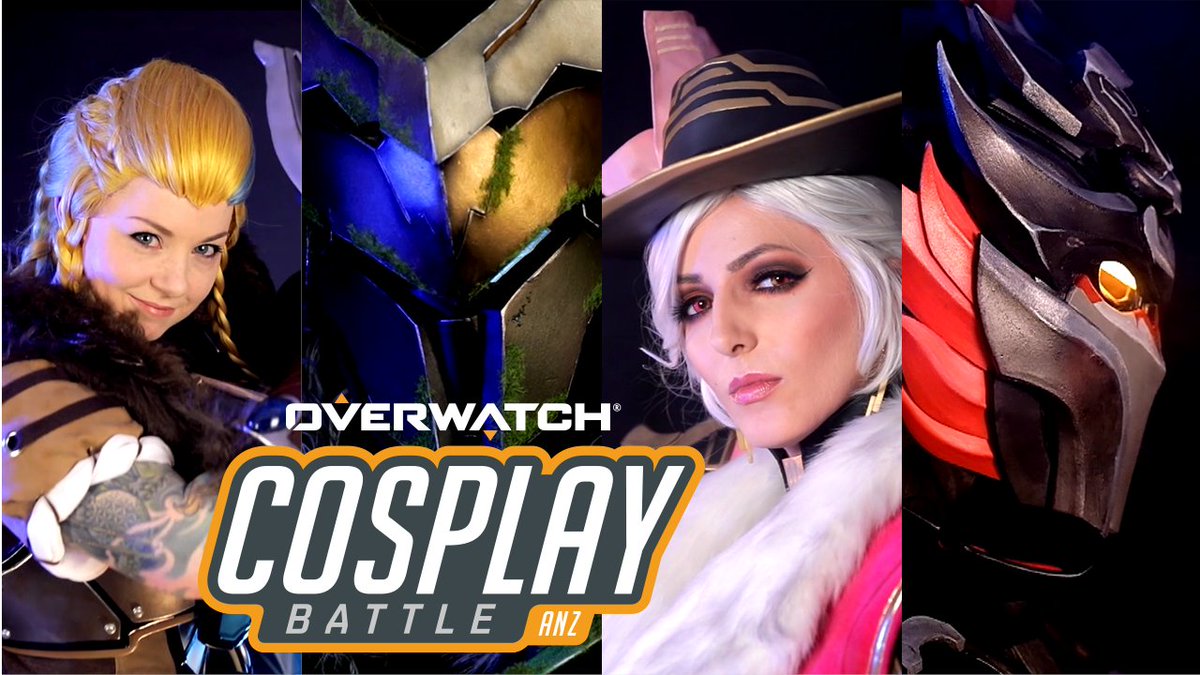 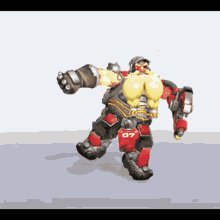 Dive into an all-new adventure featuring Efi, Orisa, Doomfist, and Lúcio, from the minds of the Overwatch team and acclaimed author @nickydrayden. Catch a glimpse of this original story and pre-order your copy today. 📗 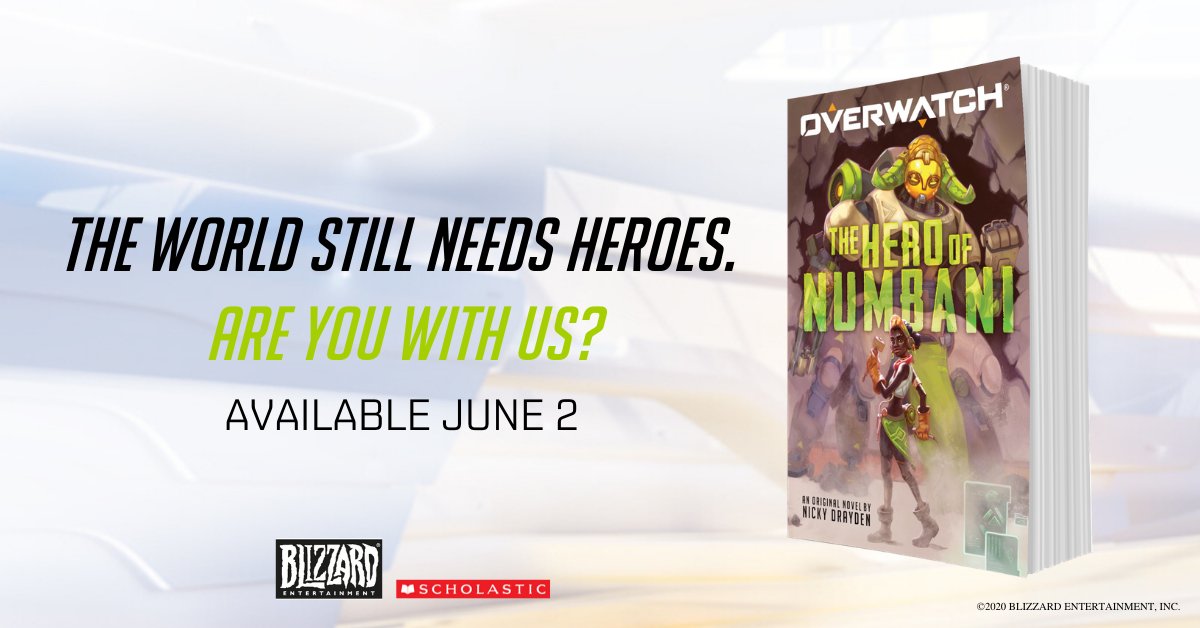 The first official Overwatch novel from critically acclaimed author Nicky Drayden is coming June 2! The Hero of Numbani tells the full story behind Efi and Orisa’s heroic origins, offers a glimpse into Talon’s machinations in Numbani, and provides some must-know hints at things to come. This action-packed tale is available to purchase from Scholastic now.

Read on for a summary of this captivating original novel followed by an sneak peek into Efi and Orisa’s adventure.

In the technologically advanced African city of Numbani, in the not-so-distant future, humans live in harmony with humanoid robots known as omnics. But when a terrorist tries to shatter that unity, a hero named Efi Oladele rises!

Efi has been making robo... 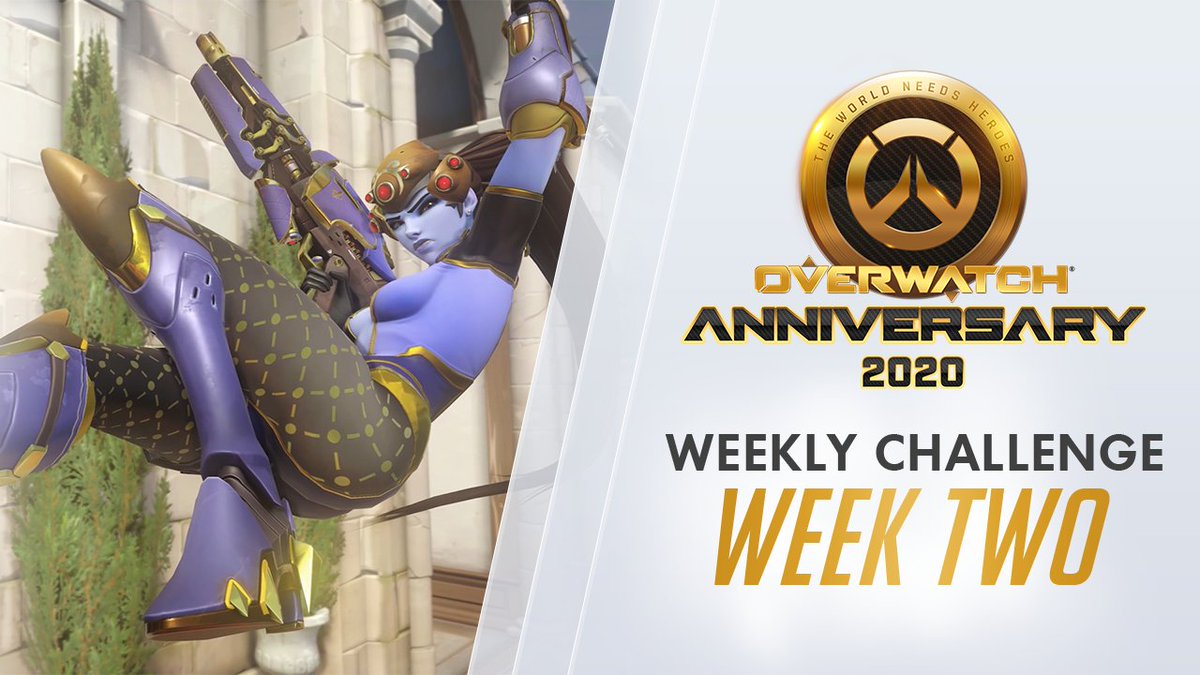 Happy Anniversary, heroes! 🎂 Thanks for grouping up with us for the last four years. 🎨@TinySnails 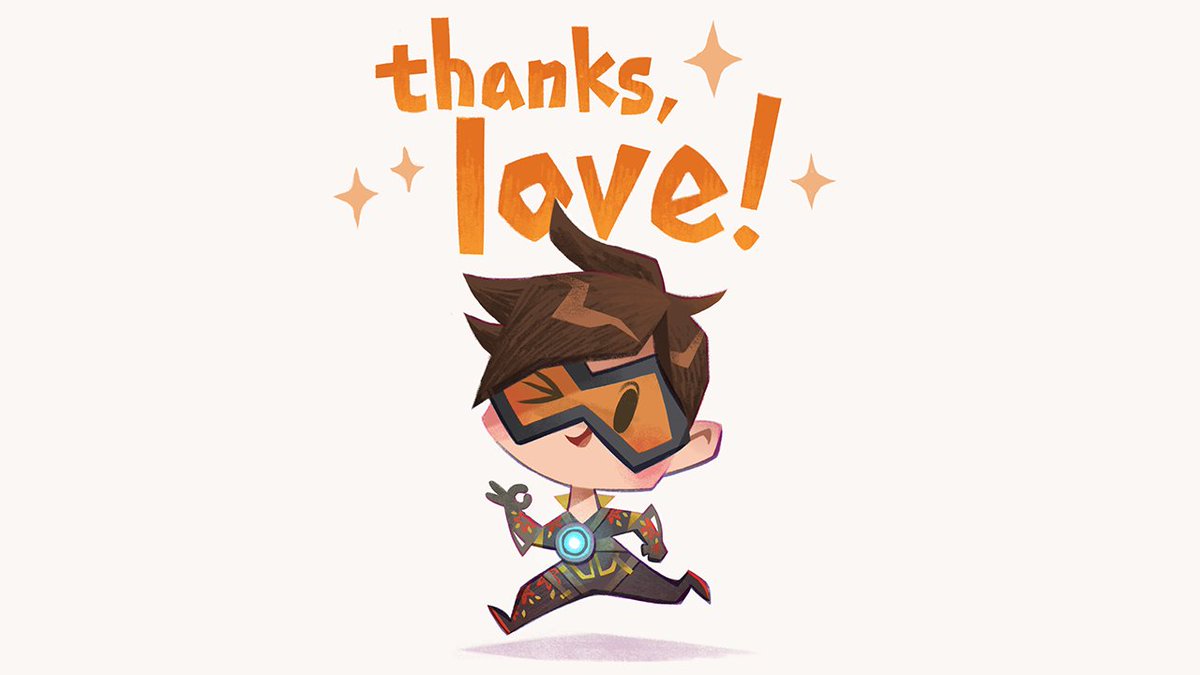 "I play to win!" The @Overwatchleague May Melee reaches its final stage with the North American Semifinals! The action STARTS NOW! #OWL2020 📺 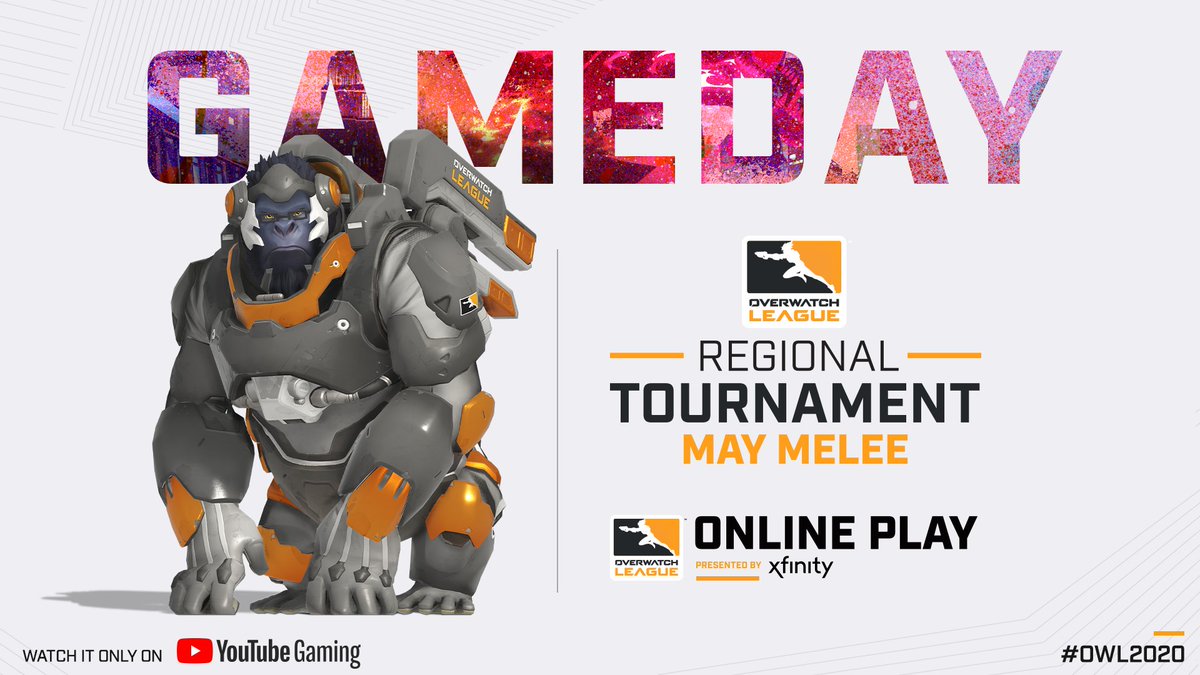 A new Overwatch patch is in development and now available for testing! To share your feedback or report any issues, please post in the PTR Feedback or PTR Bug Report forums.

Please note that the below patch notes only include changes currently available for testing on the PTR. While many of these changes may also be available on PlayStation 4 and Xbox One in a future patch, the PTR is PC-only and only reflects changes coming specifically to that platform.

Does anyone know what’s up with the fire spots appearing all over maps in Overwatch?

fixed internally. will be patched or hotfixed asap. sorry.

Currently sitting in a 10 minute solo queue for support, came here to see if others had noticed anything "off."

Paging u/BillWarnecke to put this on his radar.

EDIT: solo queue competitive for support ended up being 12 minutes.

Thanks for the ping, should be better now, sorry for that

Hey there, we made some more adjustments and things should be back to normal. Thanks for the note, sorry for that. Cheers

I'm in PS4, just selected all three roles and am waiting in queue.

The queue times are back after the latest update.

Hey there, we made some more adjustments and things should be back to normal. Thanks for the note, sorry for that. Cheers

Hello all, sorry for the hassle once again. We applied a change that we think will help to get back to the situation we were in when Bill last updated this thread. Let us know if things are getting better now. Cheers!

100 replies and we’ll make Jeff Kaplan the next hero.

A new patch is now live on Windows PC, Nintendo Switch, PlayStation 4, and Xbox One. Read below to learn more about the latest changes.

To share your feedback, please post in the General Discussion forum.
For a list of known issues, visit our Bug Report forum.
For troubleshooting assistance, visit our ... 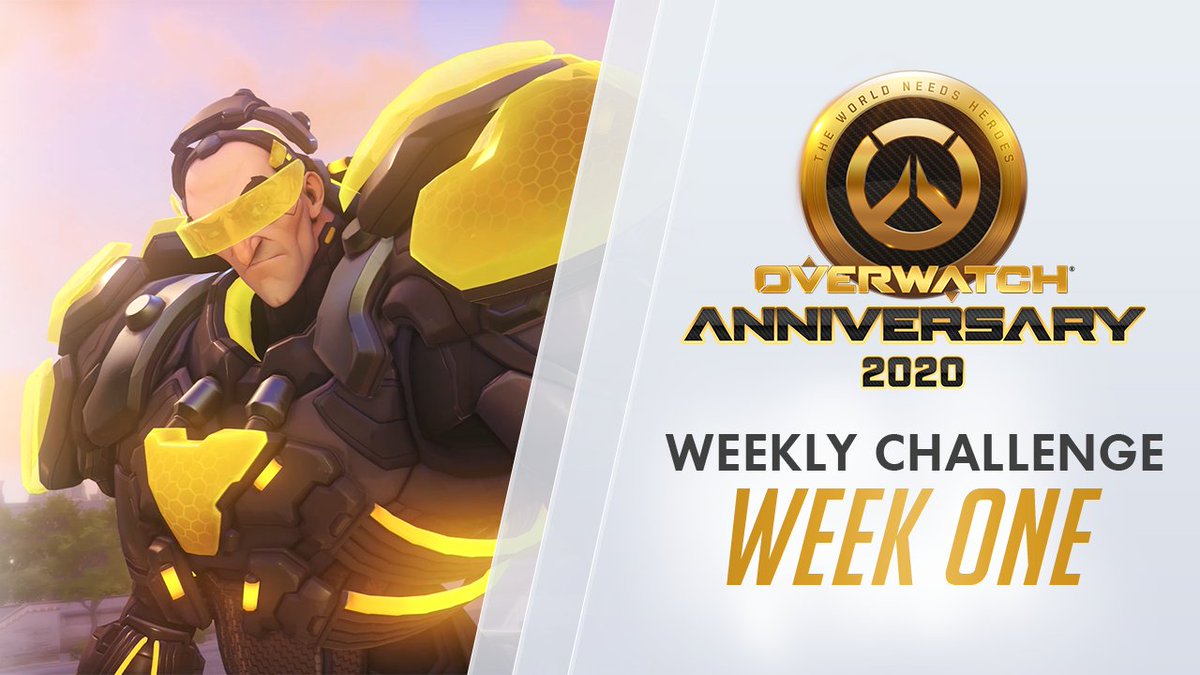 We are aware of an issue causing the camera to zoom in when opening an Anniversary Loot Box, making it difficult to see what items were received. There is an extra layer of confusion associated with this in that when the camera zooms, it focuses on the Anniversary background displayed on the main menu, erroneously giving the impression that players are receiving Anniversary skins from their Loot Boxes, which may not be the case.

Disclaimer: This is not a complete list of all currently tracked issues affecting this build of Overwatch, rather this is a targeted list of some known specific issues with this release. This list will be updated accordingly. 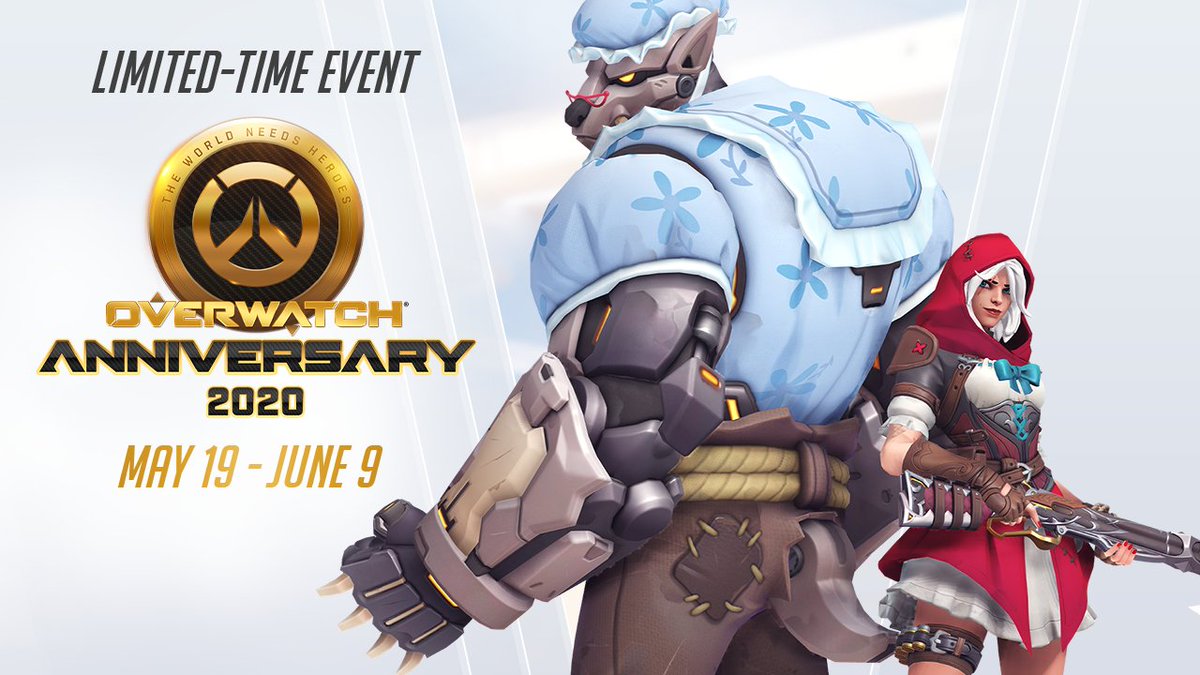