Today's Title Update introduces a new feature, Datacrons! Datacrons are a unique way to upgrade your entire squad with special temporary bonuses in Grand Arena Championships and Territory Wars. Each Set of Datacrons focus on a number of factions or characters and brings those squads to the next level with powerful abilities and stat boosts. New Sets of Datacrons will roll out regularly, and during any given month, there will be up to three different Sets of Datacrons live, each with their own combination of perks.

The Exhibition for Datacrons is live now! Get Datacrons and upgrade materials from Conquest, Shipments and Territory Wars along with special Login Calendars with everything you need to get started!

Don't forget to reboot your client to get the latest data!

See you on the Holotables!

NEWS
DATACRONS
Datacrons are now available! To get you started, there is a Daily Login Calendar and a special Inbox message with a bunch of resources to try out Datacrons right away. See the most recent Road Ahead for more details.

Note: You do NOT have to beat the treasure room to move onto the next Conquest sector.

SHIPMENT VISUAL UPDATE
There is a new look for Shipments and Mod Shipments now display a Mod’s stats without having to tap for more information. 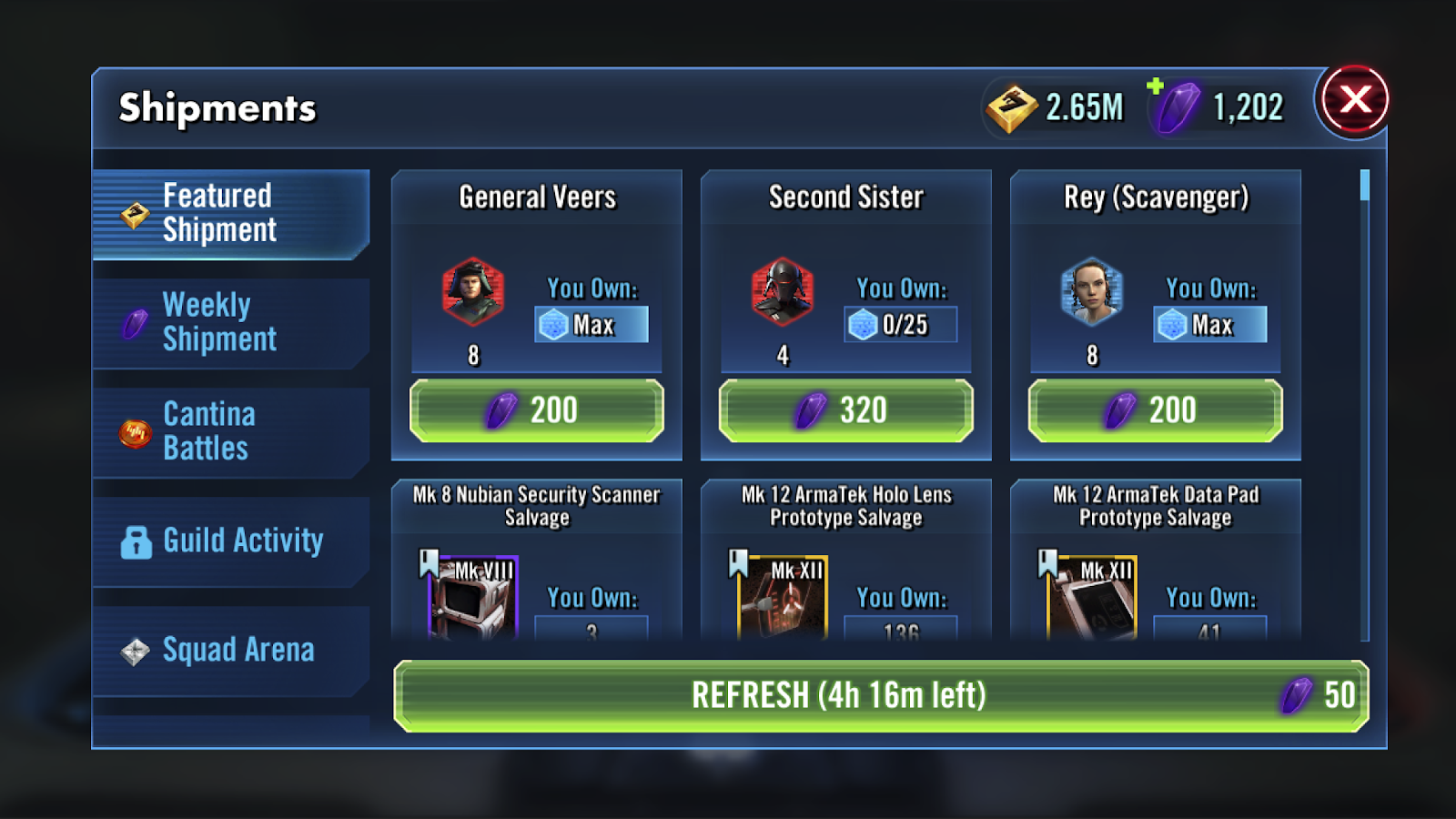 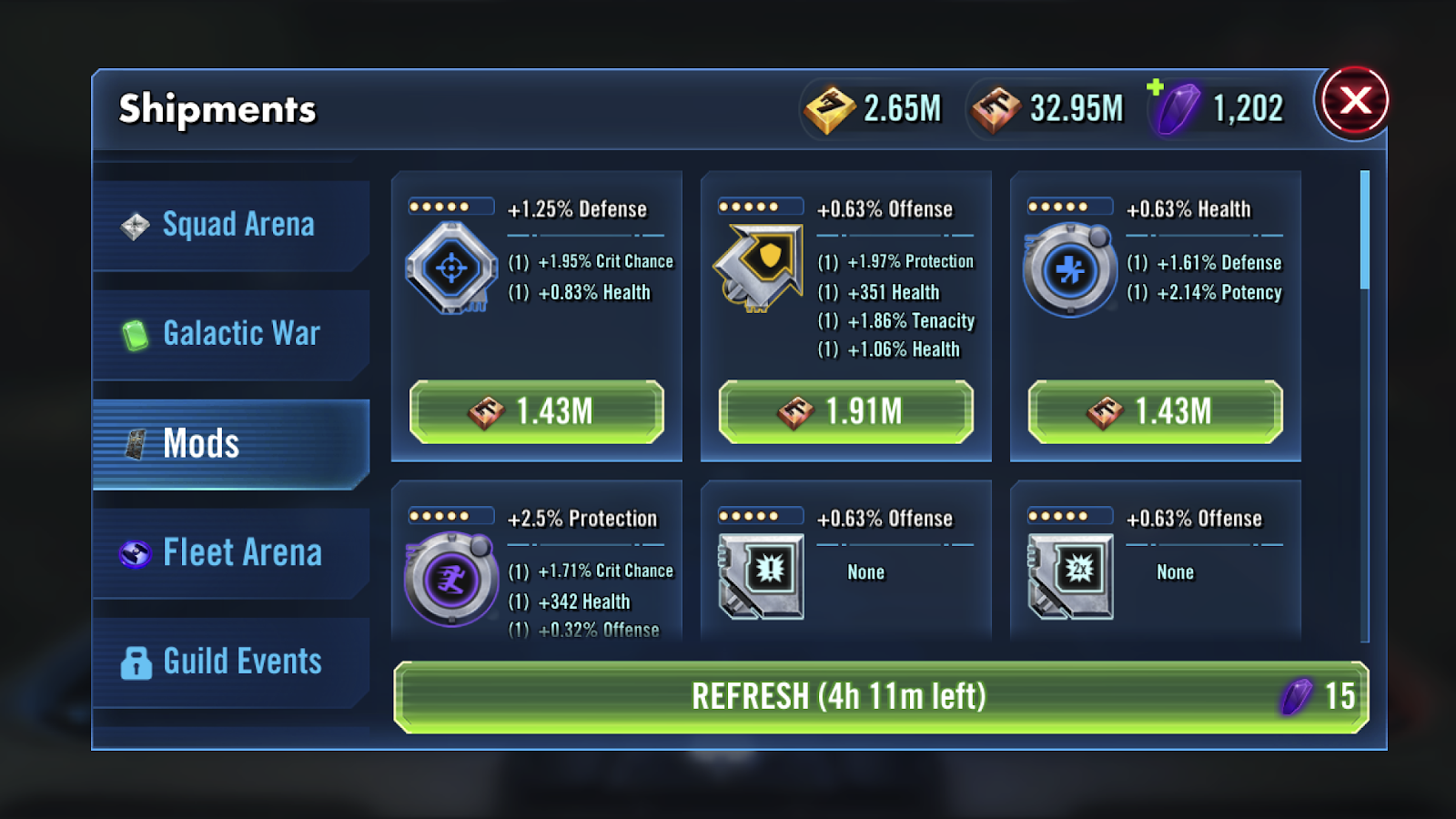 INQUISITOR ASSAULT BATTLE
To prepare for the arrival of the Grand Inquisitor, the Inquisitorius are hunting down Force Users! A new assault battle, "FANATICAL DEVOTION", is entering the event rotation. Gather your Inquisitors and head to the events table on 6/16.

Purge the galaxy and remember... there are things more frightening than death.