The Trackmania Open Grand League is back on Saturdays for its third season! Once again, the competition is open to any player who purchased Club Access. The two best players of the season may be promoted into the next Trackmania Grand League Edition!

How does it work?

The Trackmania Open Grand League regular season consists of 6 steps which will take place every Saturday at 6 PM CET from January 30th. Join the competition in the Grand League Club before the start of the race to take part in the step. The map pool and map order are the same ones as the TMGL. As with previous editions, you are allowed to stream yourself while playing the OGL steps!

Every OGL step starts with a placement match where you play 3 minutes on each of the 6 maps. At the end of these 6 maps, players are sen... Read more 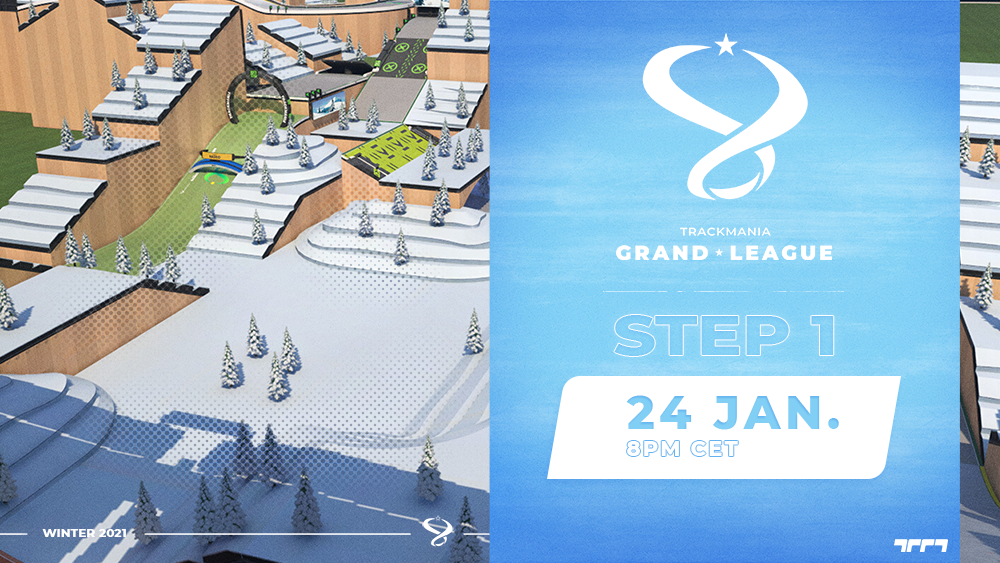 Here we are! The very first step of the TMGL WINTER 2021 Edition is about to start!

Join the show live on Twitch on January, 24th at 8pPM CET and support your favourite player!
TMGL streams https://www.trackmania-grand-league.com/watch/
Select the streamer of your choice to watch the step and follow your favorite champion.


"Join the Minus Cup tech every Thurday from 9pm to 10pm. No training needed.
There is 8 new maps every week and you have 6 minutes to make a PB. Your best times will added directly on server."
Discord : ... Read more