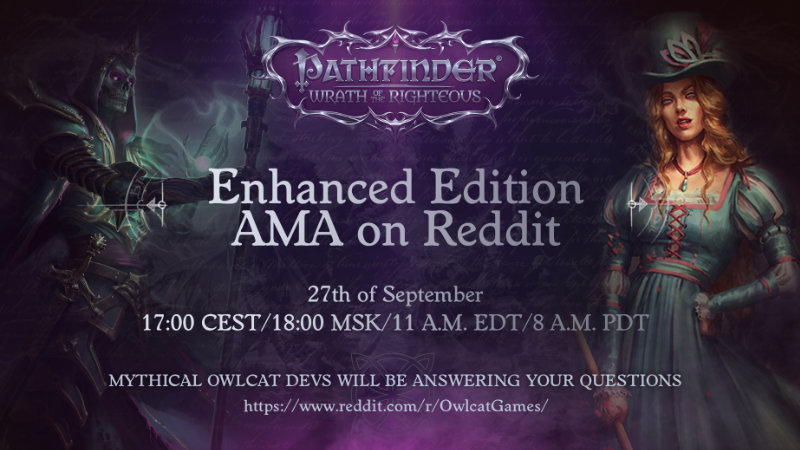 Next tuesday, September 27, we will be holding an AMA (Ask-Me-Anything) session on our subreddit: https://www.reddit.com/r/OwlcatGames/, devoted to the upcoming release of Pathfinder: Wrath of the Righteous Enhanced Edition!

Join us at 17:00 CEST/18:00 MSK/11 A.M. EDT/8 A.M. PDT and ask any questions about Pathfinder from the Community Management team and the following mythic Owlcat devs: 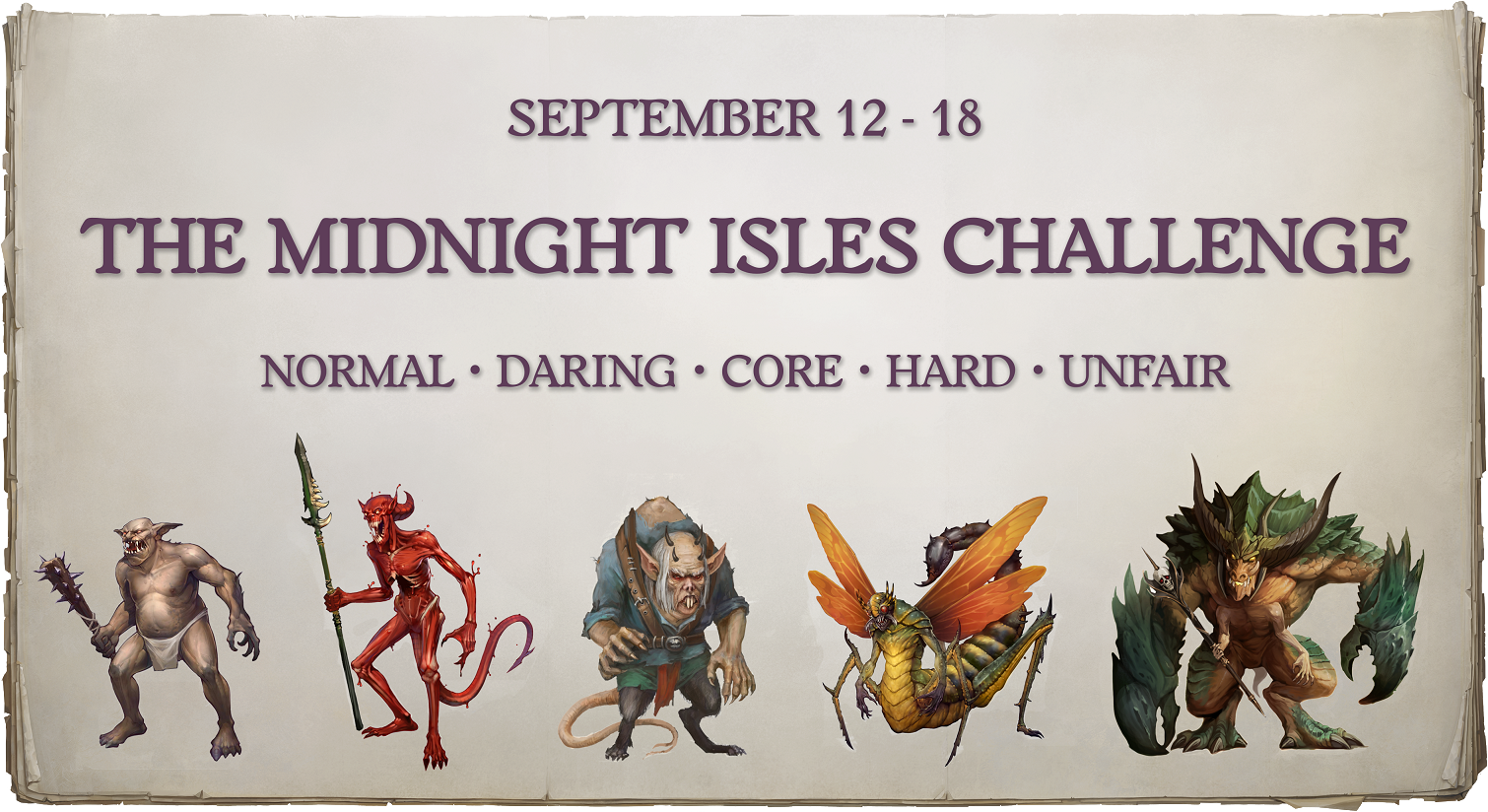 We have processed the results of the Midnight Isles Challenge that took place during the last week, and we are ready to announce the winners!

Post
05 Apr 11:55     Starrok on Steam - Thread - Direct
Last week we spoke of aasimars, descendants of good-aligned creatures from other worlds. Today we will look at tieflings, a mixture of humans and fiends. They made their first appearance in the Wildcards DLC for Pathfinder: Kingmaker, and appreciation for them in the community has been huge ever since.

Tieflings are both something more and something less than mere mortals. Outsider blood provides them with special abilities, but also makes them a target of fear, disdain, and hatred. Most tieflings don’t know anything about their outsider ancestor – the evil legacy may sleep for multiple generations, only to appear later in a child of two ordinary-looking humans. 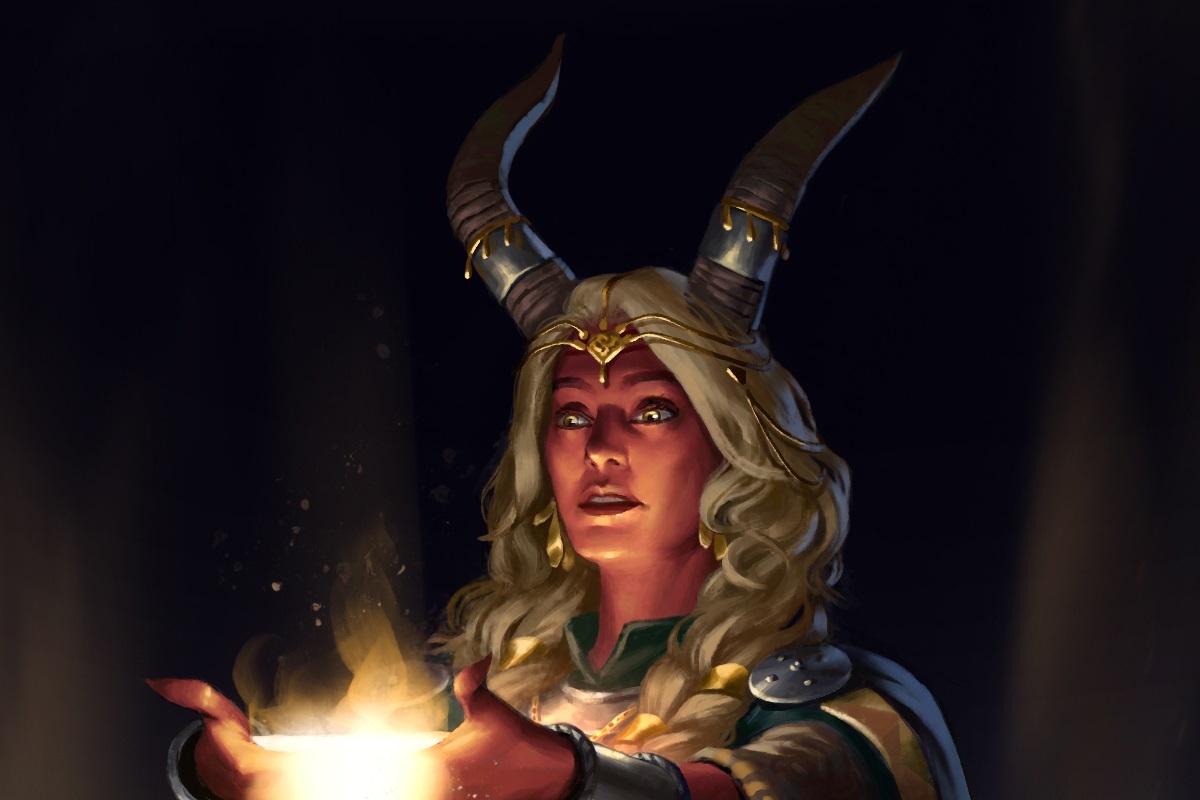 The most common tiefling heritages are:

The Lunar New Year is upon us, and we’ve got something for you!

First of all, Pathfinder: Wrath of the Righteous and all additional content is now available in Steam, GOG and Epic Games Store with a 20% discount! Have you been waiting for the right moment to begin your own crusade? Wanted to prepare for your future adventures with Season Pass? Or perhaps you waited for a chance to introduce your friend to the world of Golarion? This is the perfect opportunity: 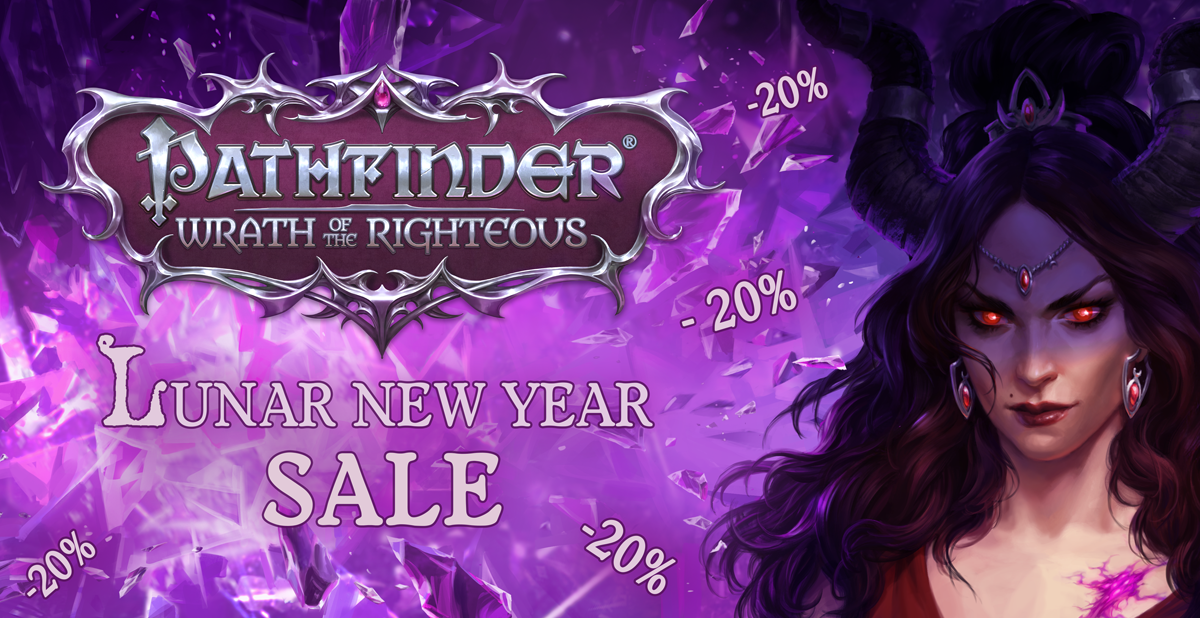 It’s also the time to grab the brand new Free DLC: A Visitor from Distant Lands and get your own pet sovereign dragon that will assist you in Knowledge and Lore skill checks! Known for their wisdom, majestic sovereign dragons rarely leave their homeland of Tian Xia, and it is even more surprising to find one of them, you... Read more

Follow the link below and vote for the archetype or a prestige class you found the least useful. All names are in English and Russian:

Post
20 Jan 12:19     Starrok on Steam - Thread - Direct
Of all the elements that make up Pathfinder: Wrath of the Righteous, music holds a special place — it is something that kindles the players' interest and sparks passionate discussions. We still have plenty of exciting development stories and never-before-seen content up our sleeve, so why not share some of it? Sergey Eybog, Lead Audio Engineer at Owlcat Games, and Dmitry Silantyev, composer of the main theme (along with many other tracks) for Pathfinder: Wrath of the Righteous, are here to tell you about how the main theme was born and share a few of their unreleased drafts.

Creating the main theme for Wrath of the Righteous wasn't easy and took us a long time. We went through a number of iterations that were quite different from each other, as we strove to align our ideas with those of the development team, before finally settling on the version that you can now hear in the game.

We had a set of key criteria for the main theme: we were looking for a melody tha... Read more

Hotfix 1.0.7f has been deployed. It contains the following fixes:

It addresses the following issues:

A new patch has been deployed. Note that the Mac version will be delayed by approximately two hours.

Beware of possible plot spoilers below!

A new patch has been deployed.

Beware of possible plot spoilers below!

To arms!
Comment
10 Sep 15:34     Starrok on Steam Forums - Thread - Direct
Deleting all files from C:\Users\\AppData\LocalLow\Owlcat Games\Wrath of the Righteous, except for Saved Games, Portraits and Screenshots, should be enough. Reinstalling the game should not be required.