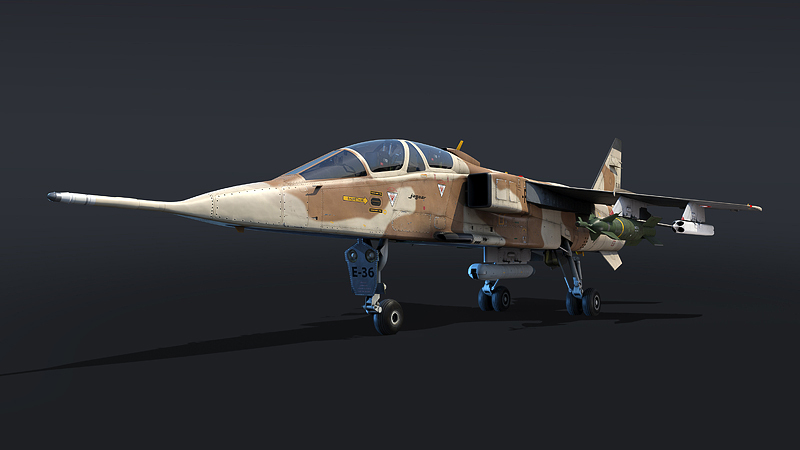 The main aircraft prize in the upcoming autumn crafting event is the Jaguar E, a French-British two-seat jet aircraft, designed to train Jaguar pilots for the French Air Forces.

The two-seater Jaguar E is coming to the game as one of the main prizes in the autumn crafting event that starts in War Thunder soon. This is an event rank VI strike aircraft and one of the best French aircraft in its class. Good flight capabilities for an attack aircraft, compact size, huge payload and excellent weapons - this is what the Jaguar E will become in the game. Let's see this beauty in detail. 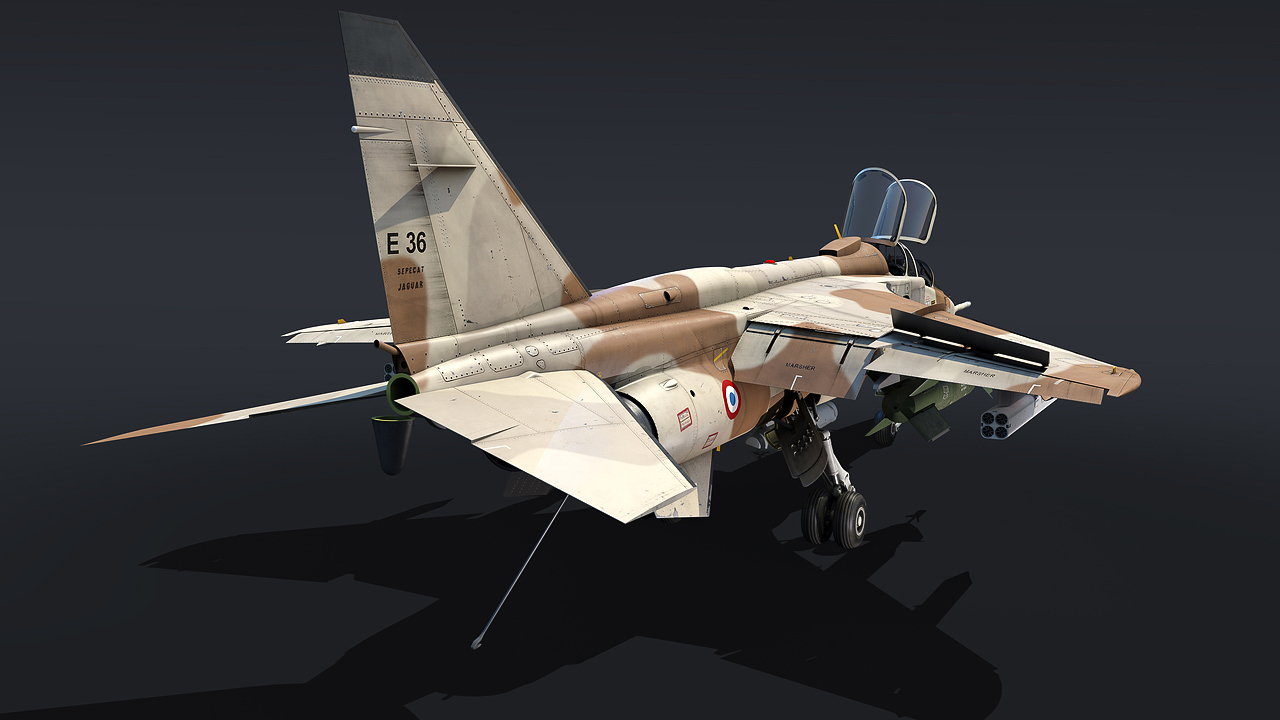 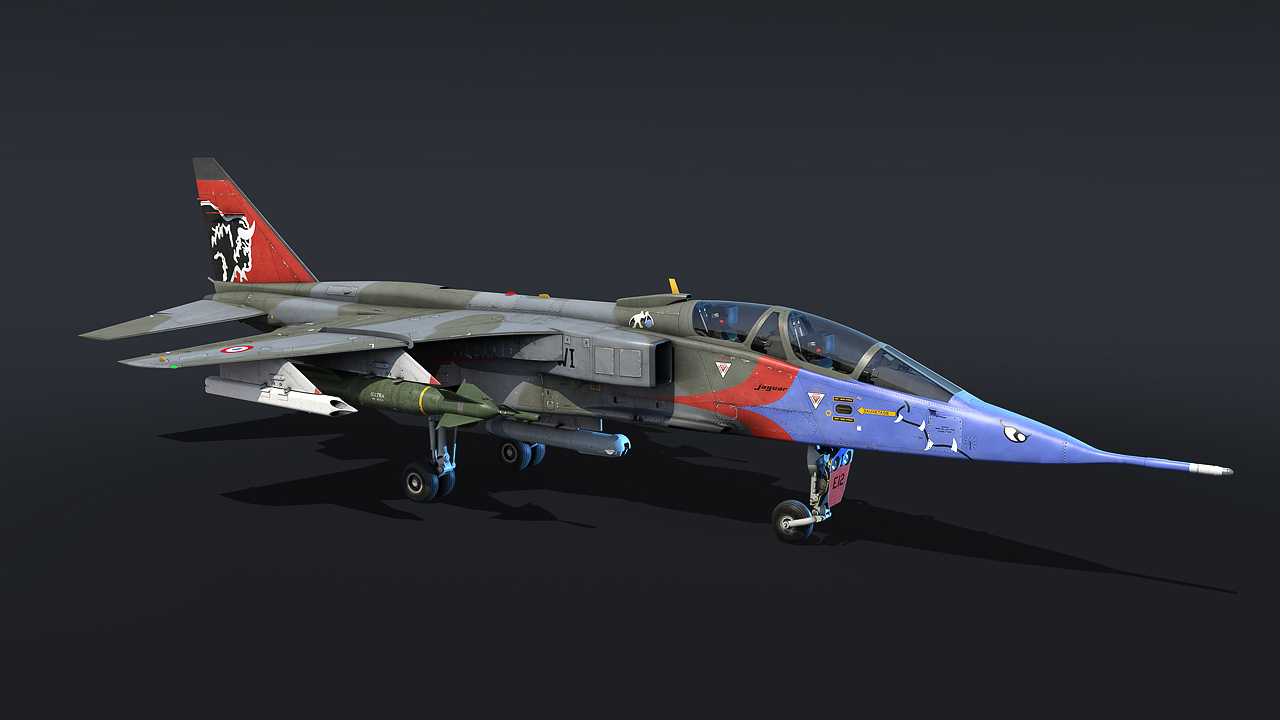 The Jaguar E is a cousin of the Jaguar A jet attack aircraft, already known and loved by War Thunder pilots. This might not be the easiest aircraft to play, but in the hands of a skilled pilot it is a real death scythe against ground targets, which is also capable of engaging short air duels even with top-tier fighters. The new Jaguar E attack aircraft differs from the researchable version in an enlarged canopy with a second c*ckpit, as well as the absence of a radar warning system. In addition, the aircraft cannot carry flares, however, you may still use a suspended dipole pod.

General flight performance remained the same. At high altitudes, the attack aircraft is capable of accelerating to speeds over 1400 km/h, but its usual operating mode is subsonic speeds at low and medium heights. The aircraft maneuvers surprisingly well, especially at high speeds, and thanks to its small wings area it has excellent roll rate. However, the small wings significantly complicates its controllability with a large payload on board. 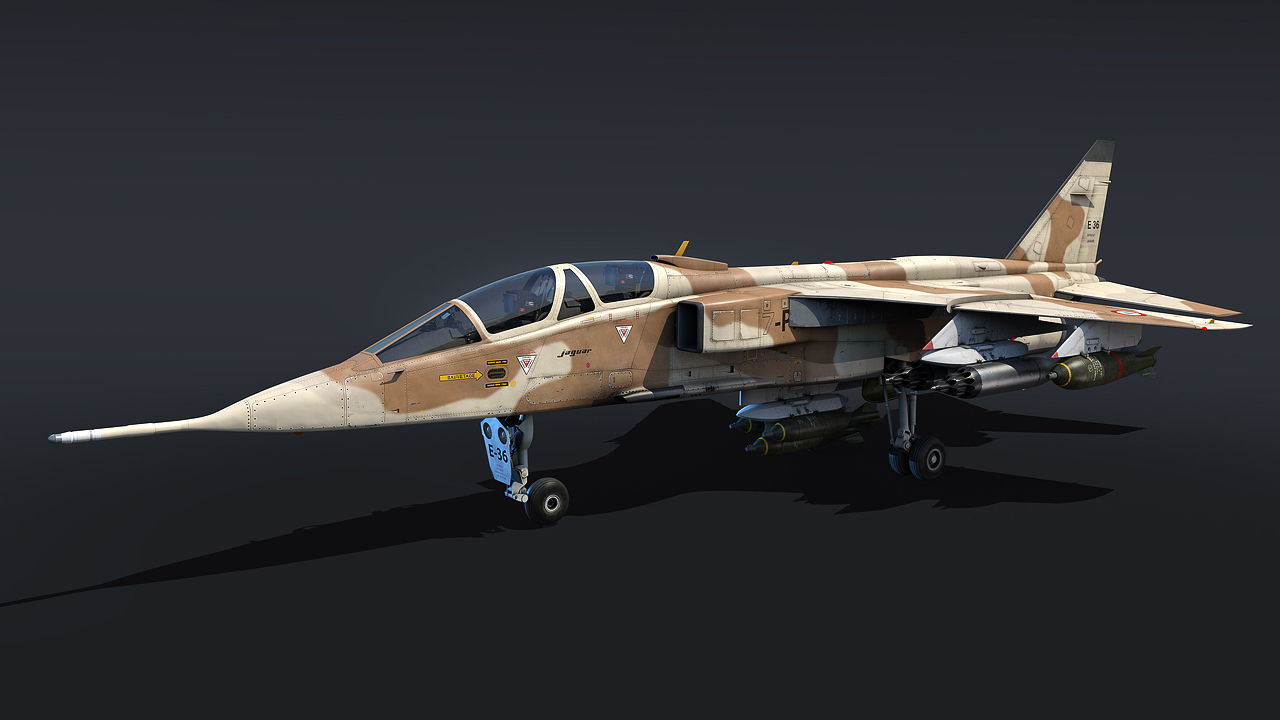 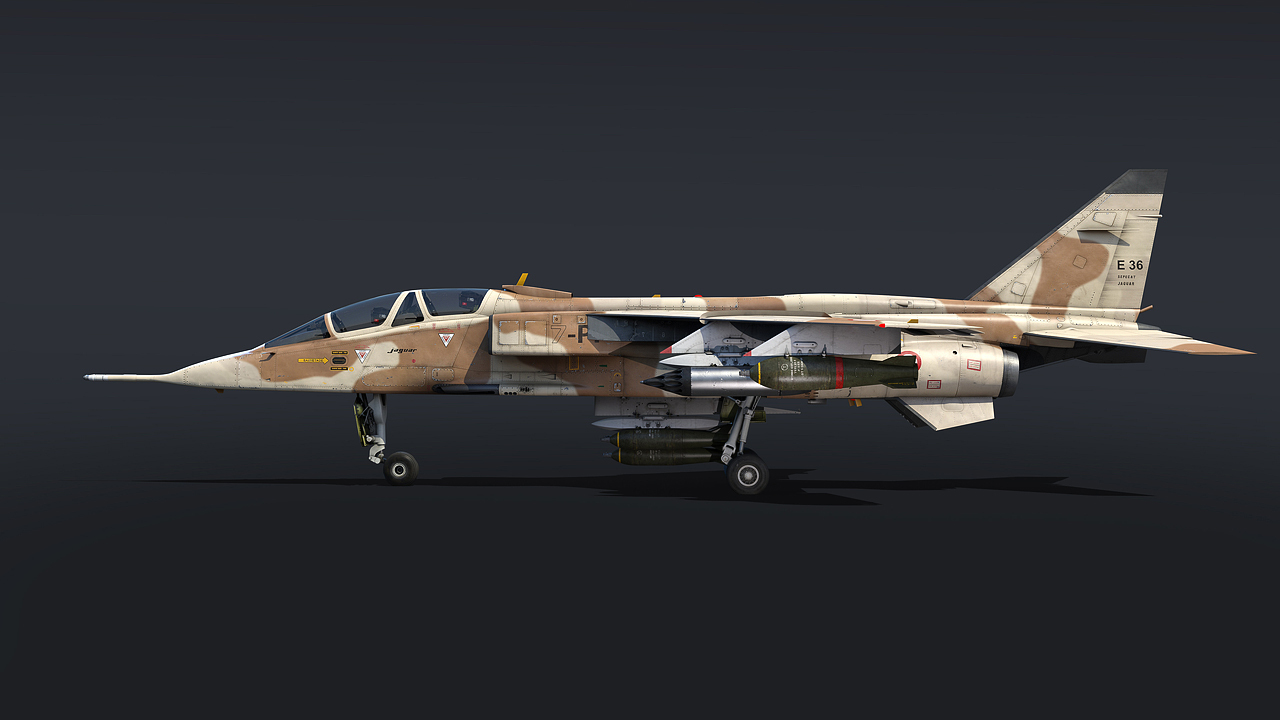 The Jaguar E's main armament is a pair of DEFA 553 rapid-fire cannons, with 150 rounds per barrel. The aircraft can take both unguided and guided weapons of different kinds. In the ‘bomb truck’ setup the Jaguar E can carry up to 11x250 kg or as many as 8x400 kg bombs. Ballistic calculator helps to put every bomb directly on target. In addition to the familiar SNEB rockets, the Jaguar E is the second aircraft in the game that is armed with ECC rockets with a shape-charged warhead, and exotic TBA Multi-Dart, containing 6 armor-piercing kinetic darts capable of effectively hitting any armored vehicle from above. After researching the ATLIS II targeting pod, pilots will have access to modifications to unlock the 400 and 1,000 kg guided bombs, as well as AS-30L Nord guided missiles. For aerial duels, the Jaguar E can take a pair of slick Matra R550 Magic 1 air-to-air missiles. 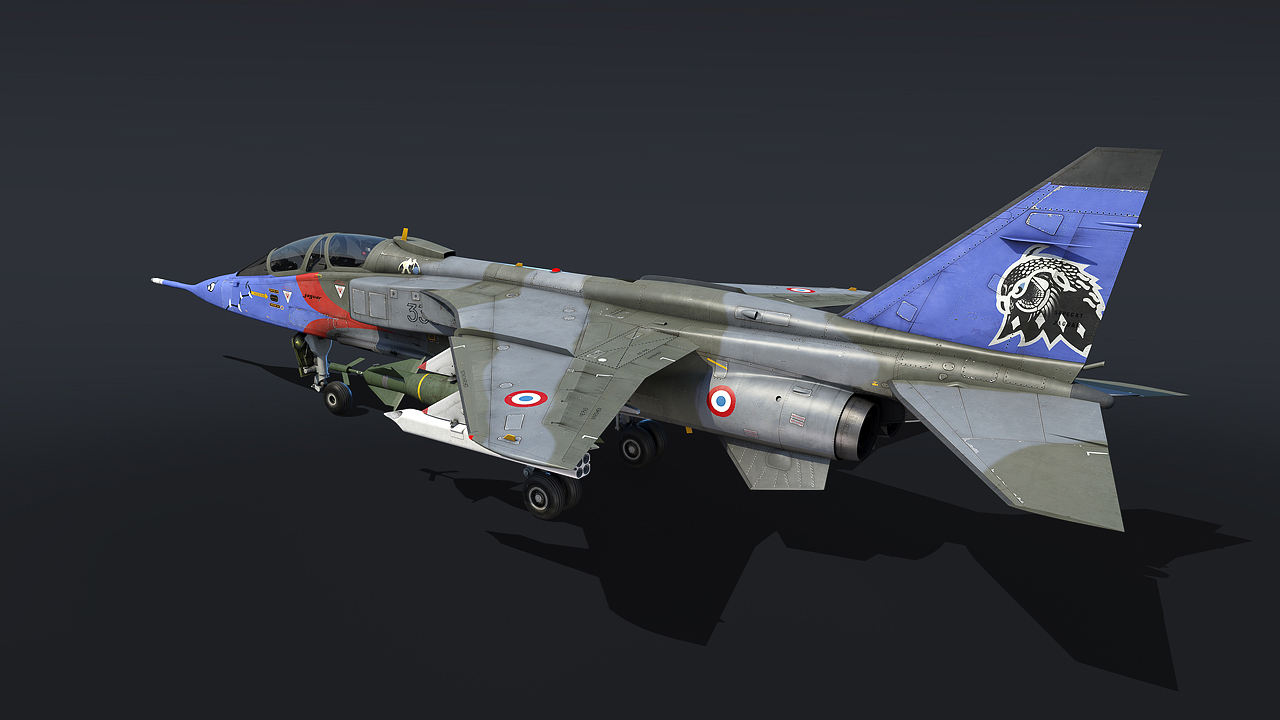 How to get yourself a very decent jet attack aircraft for free? Simple! Complete the tasks of the crafting events just by playing your regular battles, track your progress, and grab well-deserved prizes! Tomorrow we will tell you about the most mysterious prize of this autumn, and a little later we will announce the full rule list for the upcoming event - don't miss it! Snail out.
← More from War Thunder