Also what does that even mean? What companies bring in voice actors specifically for an update overview? Every update overview I can think of has a member of the community team or a dev going over the details. There are plenty of reason to be critical (perferably constructively) of DICE/ EA's actions with BFV but this is just dumb.

Remember that #Battlefield V Summer Update trailer we made? Well, here it is feat. the dulcet tones of @PartWelsh 🎵 In case you missed it 👉 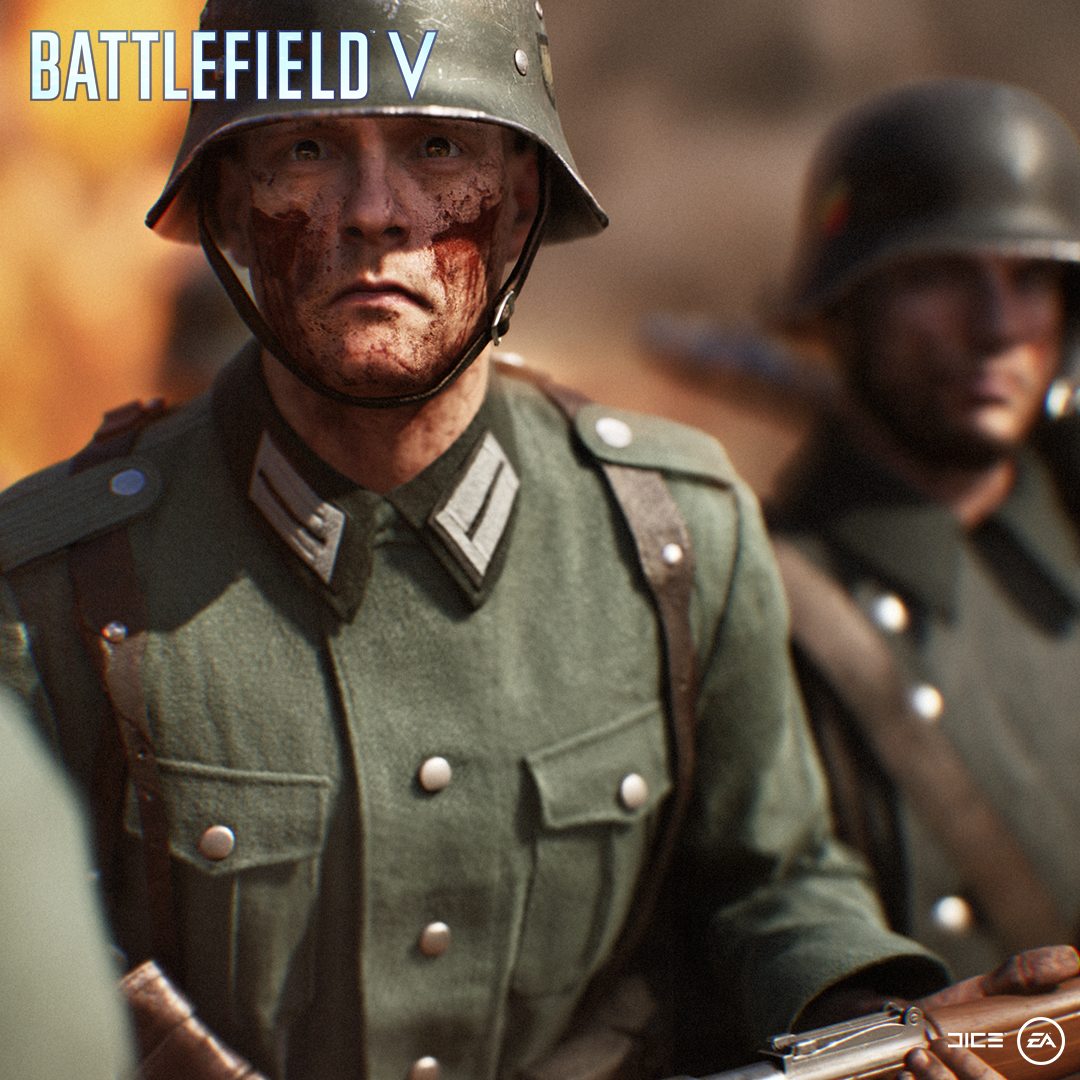 Works gone on hold for the Summer while the teams take their vacations.

You guys are something else.

"We cant get shit done because of covid and home office."

"We wont do this and that because BLM."

We've continued to develop and release content and updates since transitioning to a WFH status because of the COVID outbreak. The only impact we experienced was combining 4.4. and 4.6 (minor updates) but otherwise haven't stopped working or extensively delayed anything because of it.

We otherwise stopped marketing the Summer Update because we acknowledge that there are more important things happening in our world and are completely unashamed of that.

Our development teams are otherwise made up of Human Beings, who take vacations. You're welcome to read up about how it is that Sweden as a nation approaches Vacation, and seperate to that, how Production Cycles are benefited from teams taking Vacation together, than independently at different times all throughout the year.

Thanks for the detailed answer. Do you have any idea on what's going to happen to all of the unreleased full outfits and also the common rarity helmets that are in the files? We'd all love them to be added eventually and it could give us a lot of options to customize stuff with. Thanks again. Some examples are the plain German helmet with the gas mask, or the covered German helmet, or even the WW1 German and British helmets.

There are two types of content currently known to folks, unfinished and unreleased.

I can't publish a full list of where things sit, but unfinished content was never moved into the unreleased category because we ultimately deprioritised it - there may well be small items still in the files which are known to cause issues or we simply felt didnt add anything substantial to the experience and so will never release.

Unreleased content is just that, unreleased (yet). There's still plenty more rotation to come through the Armory. If the day comes where I'm giving the ability to publish a complete rotation calendar, I will.

I know you guys said "it's done when it's done" before but at this point the silence is hurting the community.

We have a rampant cheater problem in asia, the anti cheat mechanism seems to fail. We are happy with community servers though.

Thanks for answering these questions.

Perhaps a list or #s of bans being handed out, would show the community EA's progress on this issue. I would also suggest that the new title has proper anti-cheat on launch.

We used to have the counter - and/or name of the banned person - in the chat scroll. That didn’t get implemented in BFV as the UI changed and it was deprioritized, but I definitely agree at least showing the number of bans per day or a scroll of those banned would help reduce the concern the community has that nothing is being done.

I know that you're a cm and not part of anti-cheat team. But especially because you are a cm, you should know that nothing ever happened to cheaters. So no, why should I even bother to report one.

And you're still part of DICE, together with Freeman the only source of the already spare information we got about the debacle that BFV was. So of course we're going to adress our complaints to you, especially when you give funny answers like these. :-)

I actually see the cheat bans list daily, so the first part is 100% wrong.

If you refuse to report anyone, why tag me? I'm (as you already stated that you know I'm a CM - not the only one - so you know this) not able to do anything with these claims.

And I've never had a problem with sharing your frustration or complaints. EVER.
I take issue with you feeling it appropriate to insult or abuse.

To be honest Braddock, Dice has given us no reason to trust them with cheaters. You already know this Braddock. Have a little sympathy for what he is saying.

I didn't say it was perfect, and I totally understand the frustration. There's no doubt about that as it's in my reports I send to the studio team and leadership teams.

But being abusive/insulting to me (or Freeman) isn't something I have to be okay with, just as you wouldn't accept that from someone.

Wanna share your frustration? I'm here to listen (and if I have an answer to share, I will). Want to go beyond just sharing frustration to pointed attacks, snide insults, or outright abuse? No. Full stop.

Reporting cheaters to you is the same as a tumbling over rice sack in China - nothing else will happen.

So I guess we can assume your answer is a joke? :)

You can assume whatever you want.

Fact of the matter is, I’m not part of anti-cheat nor do I have the ability to ban folks. So you can follow the process and report them properly, or you can continue to be abusive and I won’t see any of your comments going forward.

Any update on team balance?

Works gone on hold for the Summer while the teams take their vacations.

We had the option of deploying it but there was an issue where all Squad leaders would be ejected from the game when the systems activated. That's counter productive, so we rejected the update.

What we had otherwise developed so far is working as we want it too, but not wanting to release something that would completely ruin the experience for the summer we've put it on hold until we can pick up the work once the teams are back from their annual vacations.

Belief is that we can still develop a change as we know where the faults are, it's just subject to more testing and more engineering work to get us to a place where we're comfortable releasing it.

The cheating situation is totally out of control.

Thanks for the update on the trailer but is there any chance you could clarify what kind of "new cosmetics" you guys added in the new update? (7.1) are they completely new or were they already in the files last update?

It was a few final facepaints and I think a haircut that will get used as potential login rewards. They were likely already in the files for a number of months but carried bugs that prevented them from ever being used.

Upvote because I always like explaination (and i'm curious)

But guys... I hope for everyone that the next BF and everything around will be much in order than how it happens now...

For sure, and I'll volunteer that in a normal world, this was set to be a very straight forward affair in the world of communications, and we were originally working towards a cool moment where things happened in a manner where we'd reflect differently on the topic today.

Here's more dull and dry explanations/rambling if you're interested

That's a plan that for a campaign team (not talking development or production here) gets produced as early as 4-6 months before at a high level, associated work gets mapped out, folks get to task, and then pulled together over the course of that project's timeline. The work itself all ...

The trailer has been delayed

A true classic, one final swing (and miss).

To add in what else I shared (and why we simply didn't straight away change it and release it), we produce our trailers in different formats, languages, and in different crops for different platforms and storefronts. That's some 20GB worth of renders and a further stack of Projects and their source files that need reopening and the like.

So it stacks up as a big task to solve a small (and it's 12pt font small) problem.

We were very much considering a world where we never released this trailer, we revisited that late last week to ask what we did want to do and its simply a tiny detail thats easy to miss. We caught it and asked ourselves if we were happy with it and decided no, so we're changing it

Will still be this week - and I'll keep folks updated.

Join the official Battlefield Discord for a chance to get a Steam code for Battlefield V, 1, 4, 3, and Hardline. Ends on June 30! 👉 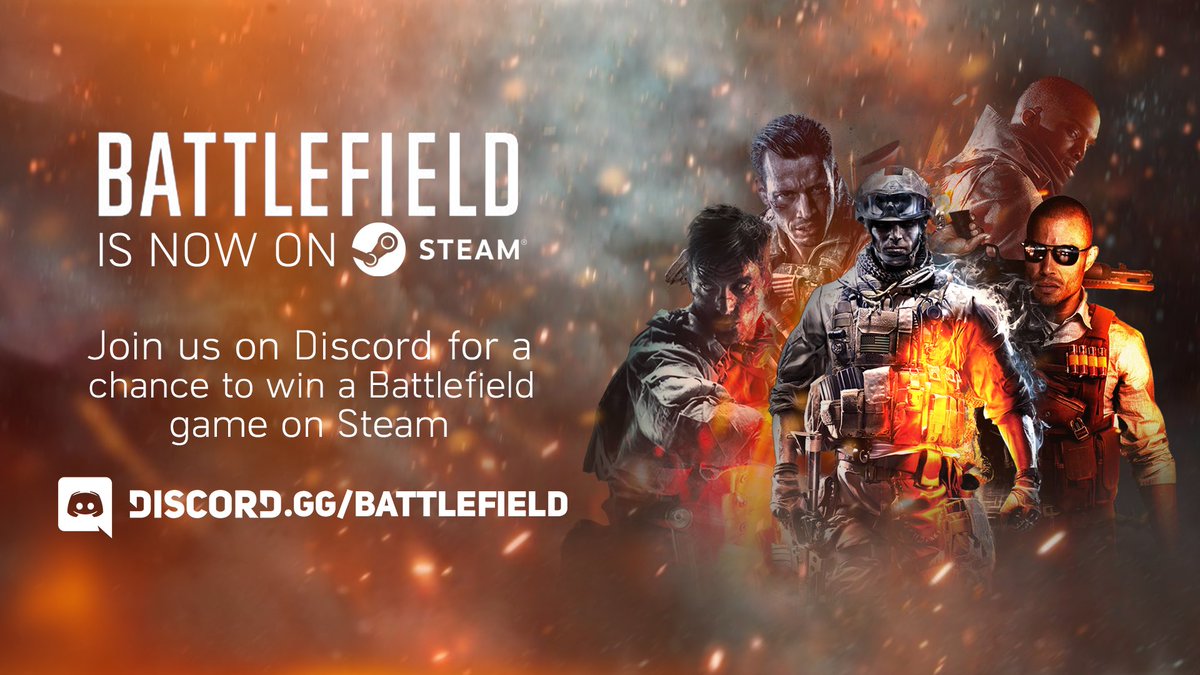 So, this would be my take on Twisted Steel....

Legmek designed the flow of some of the best maps we've played. Very talented.

u/Braddock512 not sure if you’re aware of this?

Sent it up to the team.

We are all soldiers on the Battlefield. GGs DICE

Exactly, it's a video game. People play video games to escape reality, not have politics shoved down their throats.

Will the K31 deal damage now too?

Those issues should be resolved

Tomorrow we'll be updating Battlefield V to address some issues introduced in the 7.0 Update.‏‏‎ ‎

This is a small patch focused solely on resolving these issues, and delivering a handful of new cosmetics that missed our last Update Sprint. We'll be releasing this update at the times detailed at the foot of the post, and we'll have no downtime during this maintenance. You'll be able to grab the update as soon as it's released and hop back into matchmaking once you have it.‏‏‎ ‎‏‏‎ ‎

It's not an intended change and will be fixed.

We're in the process of pushing an update here that will correct the bundle so that the proper items are delivered. If you already purchased the bundle, we are looking to retroactively award you with the correct item. The incorrect item won't be removed from your accounts.

Hey Jeff, I sent an email to you regarding the points I made in this comment, just to make sure you saw it. I hope that's alright with you.

Saw it, read it, appreciated the feedback you shared and am sharing it with the team.

What about the idea of continuing the current currency we have for BFV but for BF 2021 that you talked a little bit about a month or two ago? Also if I have any suggestions as well will this work?

Shoot me an email.