You might be misunderstanding me. Any combination of H/T in a specific sequence has the exact same probability of occurring (0.5)X. You are thinking of a standard distribution of the output, which would err towards the average (50/50) but in any given set of 3 flips:

So while 20 heads in a row is WEIRD, its the exact same likelihood as 5H/5T/5H/5T or H/T alternating. But we see 'weird' random outcomes as evidence that its not truly random.

Pretty sure those of us with programming experience would love to see the coded algorithm.

Frankly, and apologies in advance, you seem like the type of guy that will say whatever your check writer wants you to say. The company makes literally billions a year. The financial stakes are so high that it would make sense to keep the algo trade secret.

I rage quit my last account running lava clone when 12/25 matches i faced using barbs and skarmy had a valk in them at 5400 cups.

I started leveling a new account and when i put sparky in at 4100 i faced 3 ewiz and edrag in the first 5 matches.

"This doesn't feel random" is the best way to describe human's relationship with probability. Humans are completely unequipped to deal with large amounts of random numbers because we seek a narrative to understand our world. True randomness feels wrong because it doesn't match a story in our head, and "evil man rigs game" is a pretty compelling story.

If you flipped a coin 20 times and it came up Heads 20 times, you could say "it doesn't feel random, something must be up". But its just as likely as any other series of outcomes. The fact that you jumped right to "you will say anything to protect your secret unknown financial interest" is a great example of how matchmaking conspiracists are in the same wheelhouse as flat earthers and anti-vaxxers.

Matchmaking happens in a fraction of a second, exactly how deep do you think this hypothetical algorithm goes just to match you against Barbs and Skarmy (two of the most popular ladder cards)? Why did we give free wins to...

Ask them if they can give a 100% open answer about ladder matchmaking so that no one will ever ask again.

We know it involves trophies.

I think we know it takes into account losing streaks.

But there are all sorts of complaints. Conspiracy theories. Whinging. I've read posts about how they set up a pattern of easy and hard matches.

But could you ask: Is there anything other than trophies and losing streaks in 1v1 matchmaking? Ever?

If so, can they say what? If not, we lay the question to rest!

I don't care how they set up matchmaking. It is their game. They can do what they want with it. But it would be nice to have a 100% straight answer to close the debate.

We have answered this dozens of times:

That's it. The truth is we can answer this question a million times and you will still see conspiracy theories because people who insist matchmaking is rigged are emotionally looking for an answer for their losses, not seeking some factual resolution. Matchmaker conspiracies are psychologically really similar to flat earthers or anti-vaxxers, no amount of proof will satisfy them because the conspiracy is providing the emotional validation they are seeking.

(Party Mode is a level-based matchmaking system, which is shown in the popup. We felt like Party M...

Join our @discordapp server and find someone to team up with! 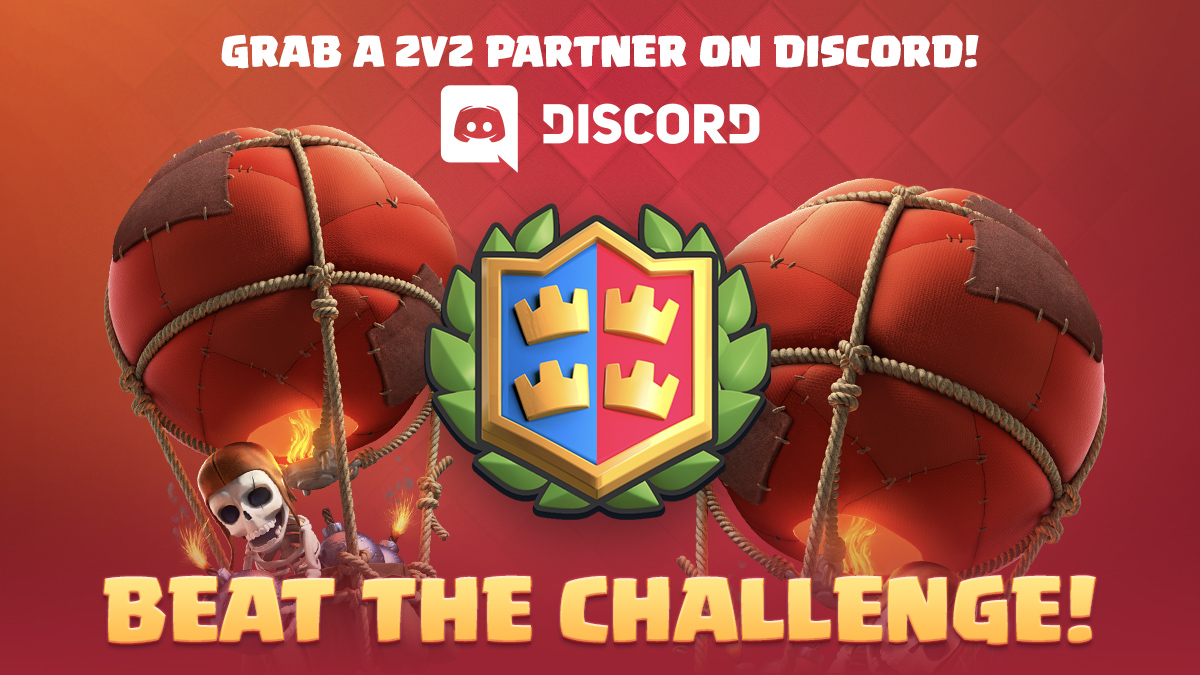 The Season 7 Global Tournament has finished! Congratulations to the Top 100 players and GG to all who played! We will be performing Fair Play checks on all players before the Exclusive Emotes are awarded so stay tuned for more info. 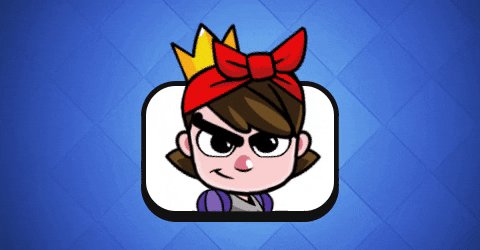 If there’s exclusive rewards for finishing top 100, shouldn’t we be able to SEE top 100?

this is a solid idea that we will look to add in the future.

Great post /u/Mew_Pur_Pur! These are definitely the hardest rarity to design for and I think you've done an admirable job within those constraints. Here's for-real feedback/comments:

Hey seth. What happened to the rework to the heal spell? You've said you had something really cool planned for it. Is that still on the table or it was dismissed?

Still coming - the mechanics are finalized, just waiting on some assets :)

"spawner spam is usually not a fun meta" -Seth, today

The answer is that X-Bow has a much wider range of counterplay than competitive spawner decks have had in the past. Spawners generate an outsized amount of Elixir for their cost (for example, Barb Hut makes 10 Barbs = 10 Elixir's worth) in exchange for the staggered deploy. If Spawners were all competitively viable then you could simply plop them down behind your King Tower and win about 50% of your games. Counterplay becomes limited to trading Spells, and that's not very exciting.

X-Bow however has a ton of counterplay because you must place it so close to the bridge. It's a constant tug-of-war at the bridge that some decks can handle but others can't. But that struggle over the X-Bow's spot is far more interesting and multi-faceted than high health buildings all the way behind the Towers.

The meta needs outlier / weirdo decks or else it devolves into beatdown vs. control grinds. Spicy decks like X-Bow, Mortar, LavaClone, or Freeze decks should not ever be 10% of t...

Seth. One of the biggest complaints I have against the developers is that regret cards (aka spawner metas) are just made to be useless (I define as under 40pct win rate in GC + under 4pct use rate in GC).

It would be a revolutionary idea to Archive those cards. Refund back the gold value and upgrade value of those cards, and that would help the game balance. If a card makes meta either too boring or cant be balanced properly (zappies per your notes before), Archive them.

The chests haven't been buffed to account for the rise in new cards either. This would add some flexibility.

Plenty of casual players really enjoy their spawner cards / decks, especially 2v2 only players. Just because a card isn't competitively viable doesn't mean it needs to be deleted, plenty of cards exist for non-competitive play and we think that's fine for the game overall.

So far there doesn't seem to be many outlier cards. Almost everything is within expected ranges, and the cards that are above that range aren't urgent / could be benefiting from the meta.

If things stay the same, you can expect an all-buff sort of balance update. Though we have reduced the amount of 'rework' level of changes that are coming up, the cards that needed reworks will probably end up with buffs. Here's one we have been playing with that will probably ship in February (as always, nothing is final / everything can change):

The reduced lifetime and added Death Spawn work out to the same number of spawns, but the building becomes a bit more Spell resistant (since there is no way to remove the Death Spawn by damaging the building). The waves also end up closer together with a shorter spawn time, providing m... 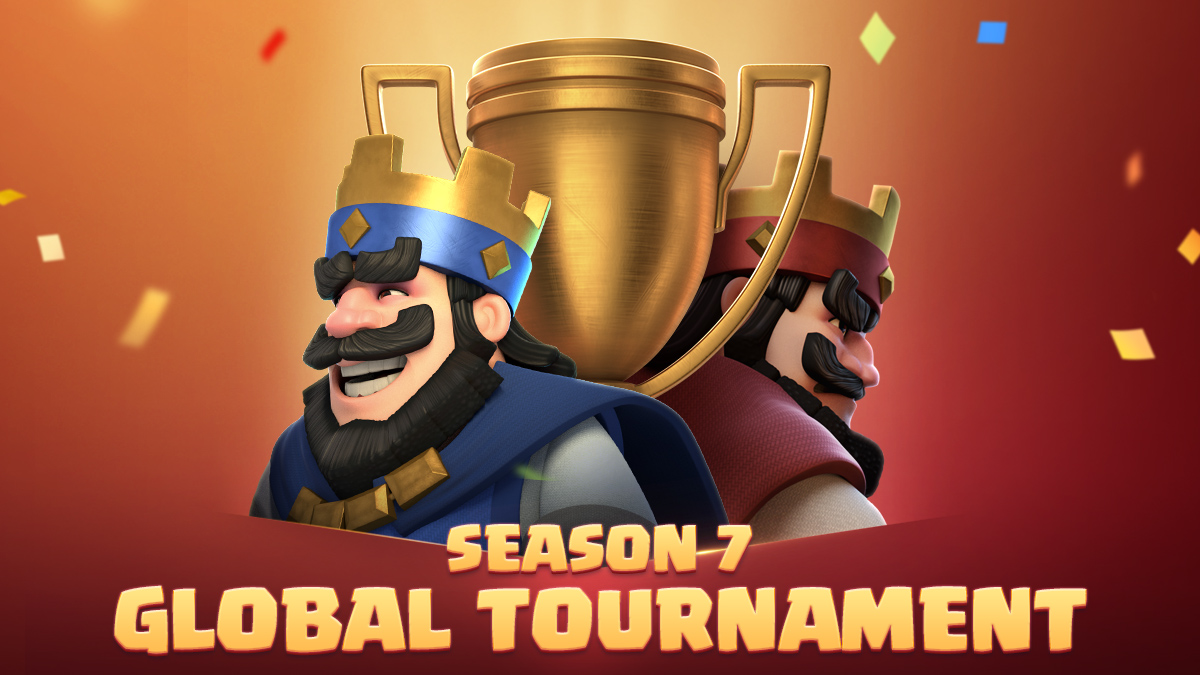 You know, the hardest part about reworking EBarbs is that EB players just love them the way they are. Every time we survey EBarb players about reducing their Speed in exchange for stats, the response is universally "I like them because they are fast and people can't react to them in time". Unlike players of other weak cards, who understand there may be a trade-off to be overall better, EBarb players seem pretty locked onto the Speed as a must-keep part of the card.

Yes, this is definitely me. I always play Ice Bow, and I'm the undisputed master at it. I do not know the taste of defeat. Brother, when I lifted Andre the Giant over my head in front of ninety-three thousand Sethamaniacs in the Arena, I changed the course of history. 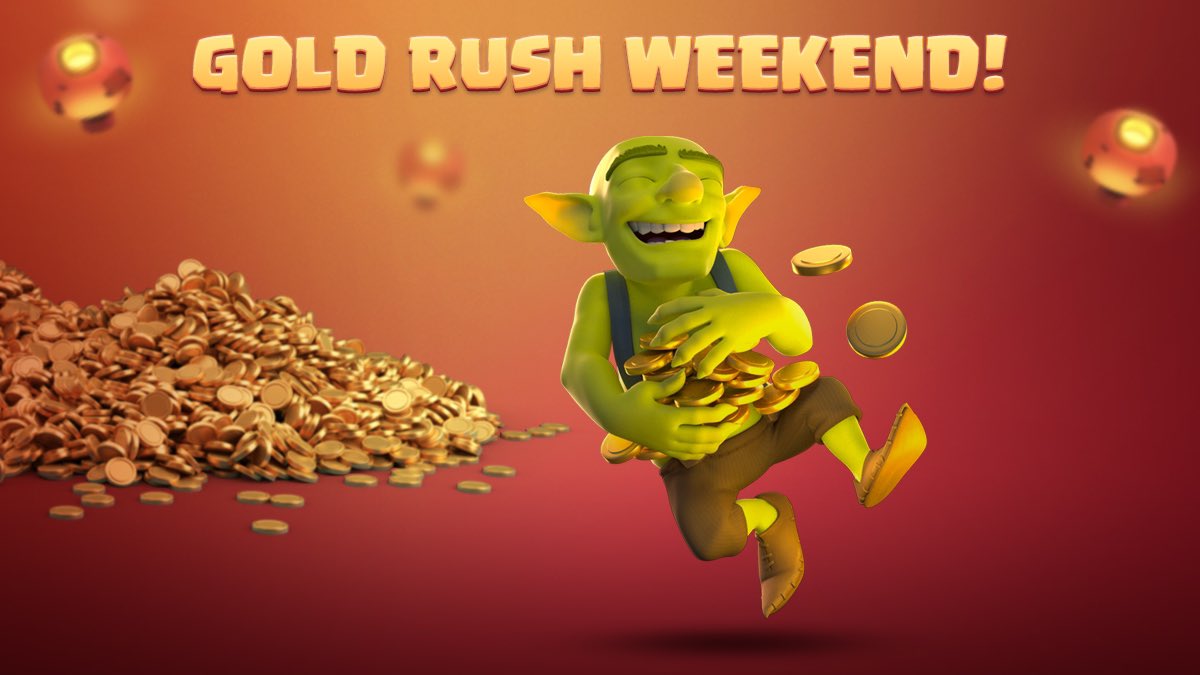 Happy Cake Day Mr. Drew! I know that you and the balance team get assumed to be “bad at their job”. And while they have some points, I overall think you guys do a good job at balancing the game. It’s just taking you guys a long time to rework the dead cards (Heal, Zappies, Bowler, “Bomber”, “Wizard”, etc) because you want them to be balanced. I appreciate all the work you guys do and wish you guys the best. Keep up the excellent work! 2 Quick Questions: 1) You said that Lava Pups are the last troop card that needed to be able to one shot skeletons/bats. Why is this not the case for Buildings and some Spells? We’re you thinking of changes/reworks to make them comply to that “rule” (personally I think it should be a rule, it makes things consistent in a game where we don’t want randomness or inconsistency to ruin the game we love), and 2) What’s the Exclusive emote in this new Global Tournament? We can’t see it in game when looking at the “top x players get this” section of free rewa...

hey, thanks for the feedback!

Royal API has Rage at 1% use, 18% win and has Heal at 0% use, 17% win in Grand Challenges. Neither card is good or useful. Why not blend them for a small, cheap "Boost" that minimizes both cards effects?

We actually had this at a potential rework but it got nixed pretty early. It makes sense if you are already familiar with Rage + Heal spells, but to new players it's really unclear, especially if you have both the yellow and pink circles. They would also need to last the same amount of time, which is big nerf for Rage but a big buff for Heal. Good creative thinking, but sadly this didn't survive playtesting.

the placeholder art for battle healer (before we had final card art) was literally this! 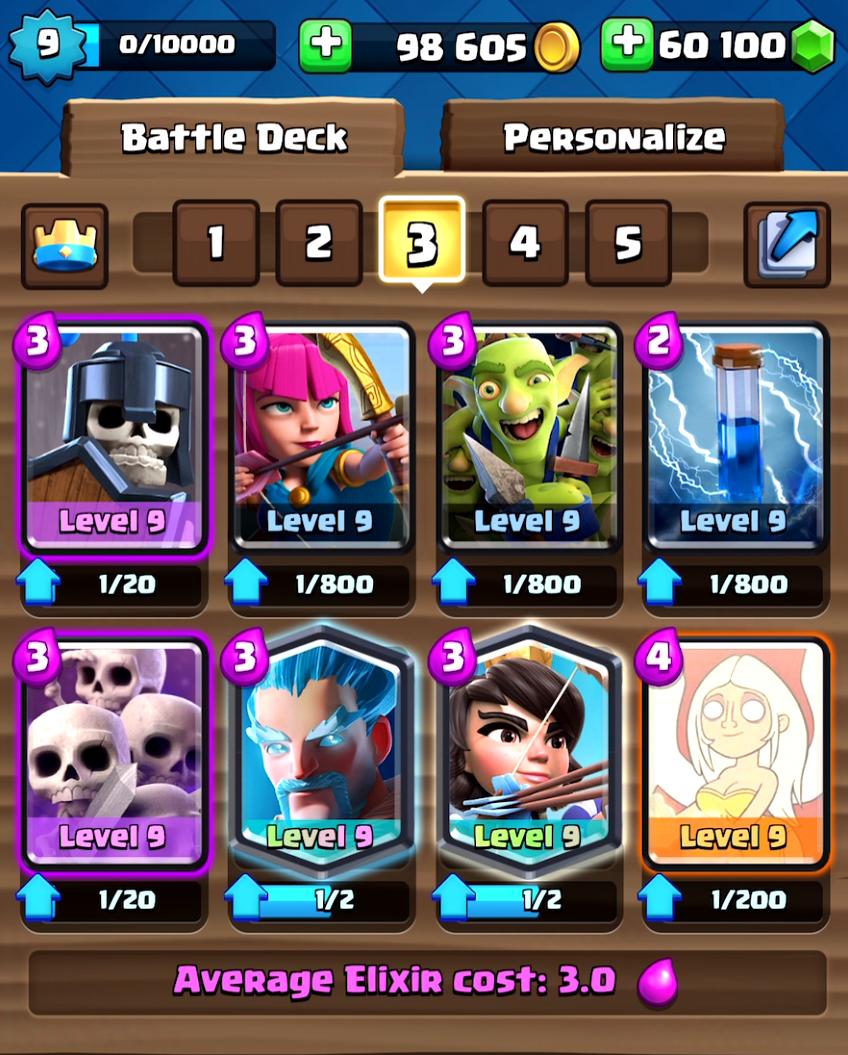 it was lowkey pretty good actually 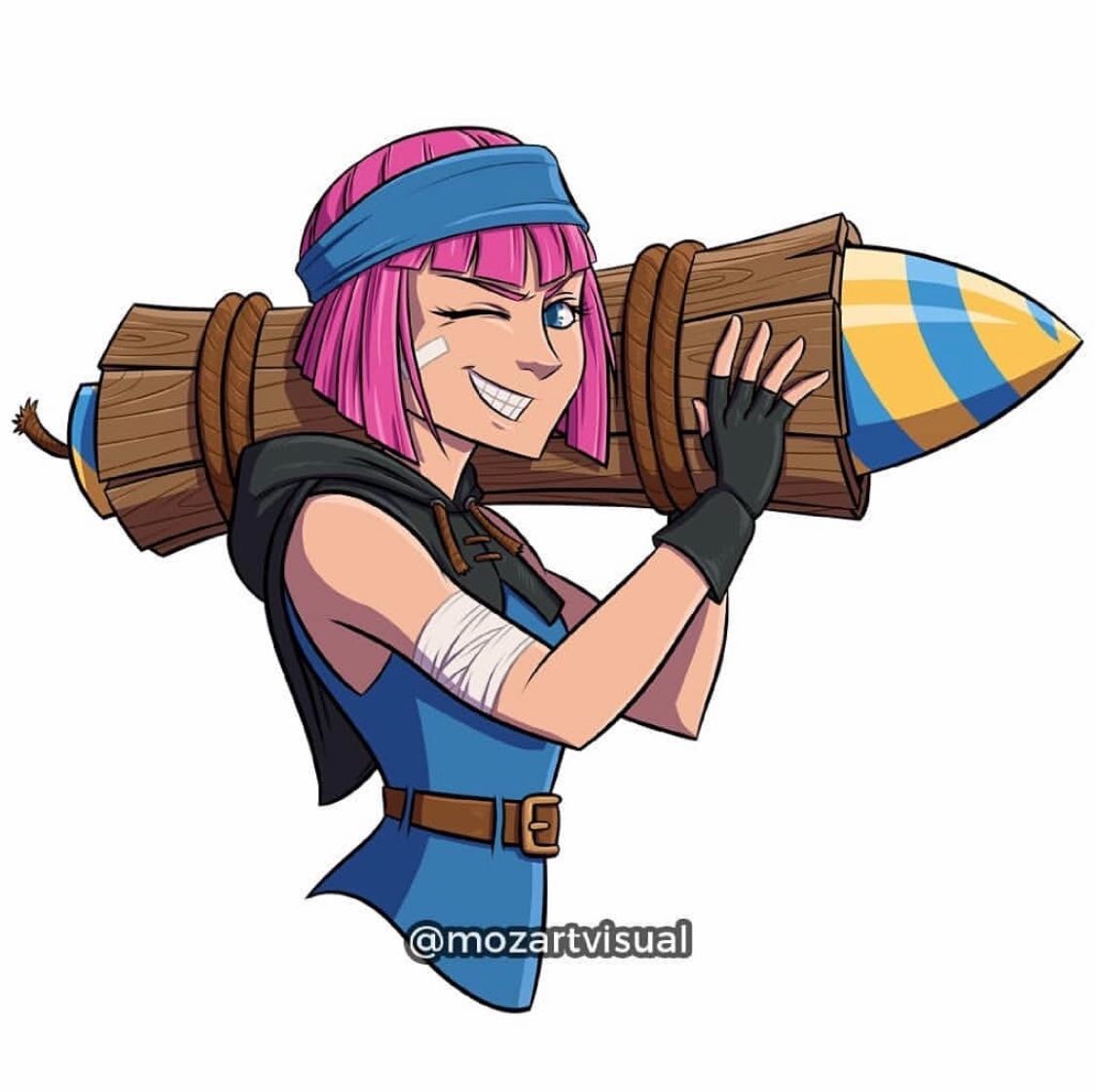