[Tickle Mephisto] ⚡ Hey everybody, it's your favorite buddy Tickle Mephisto! This funtime friend comes with a voice box that plays 5 pre-recorded messages from the hit cartoon! Awesome! WARNING: May develop an insatiable thirst for revenge if exposed to electricity. 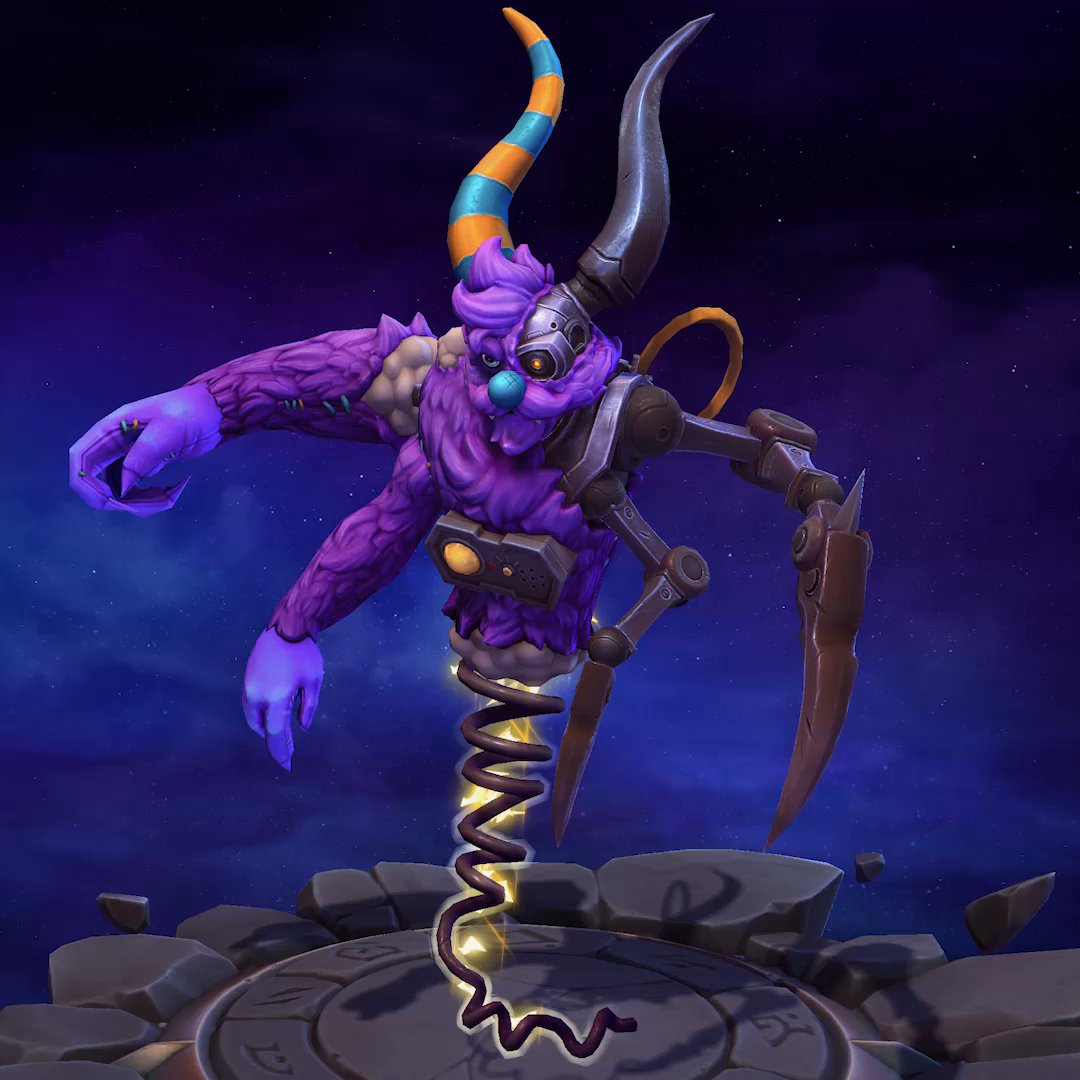 [Cosmonaut Qhira] 🚀 While The Cosmonauts franchise is often criticized for not even having a popular TV show based around it, these complaints generally fall on deaf ears to the fans who are too busy actually playing with the toys to care. 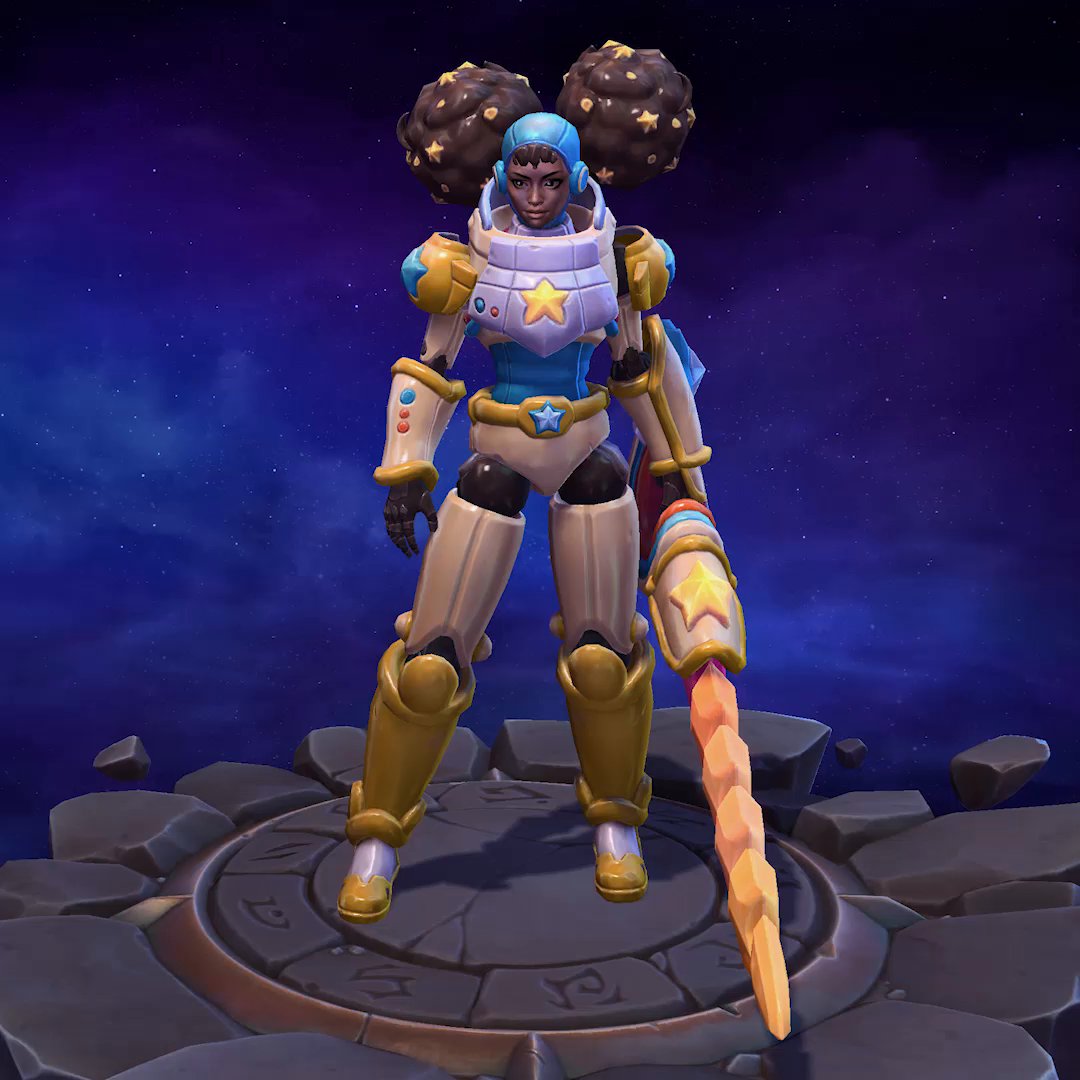 All Aboard: Creating the Nexus’s First Multi-Hero Mount

“It almost seemed like some people were more excited about the train mount than about Deathwing.”

Veteran Hero Designer Kyle Dates leans back in his chair and a bright-eyed smile flashes across his face. We’ve just asked him to recount how Heroes of the Storm’s first multi-Hero mount came to be, and it’s clear he has a story to share about this little engine that… almost didn’t.

When the team first showed off the mount at BlizzCon, Dates explains, “everyone just kind of assumed it [linking up your train cars] would be automatic.” Though, as he knew, this was not currently the case. “At the time they didn’t connect,” says Dates, “and there was no intention for them to connect.” The only way to form a train was to organize your buddies and have everyone meticulously control their character in line. Sure, you could make it work, but players wanted more. 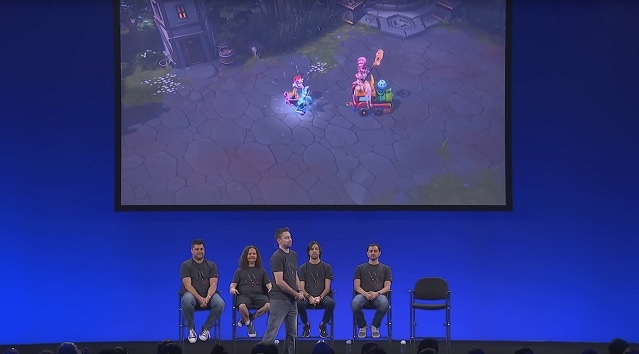 The Destroyer has descended upon Heroes of the Storm, and the community has been celebrating his arrival with some spicy content. See them here: 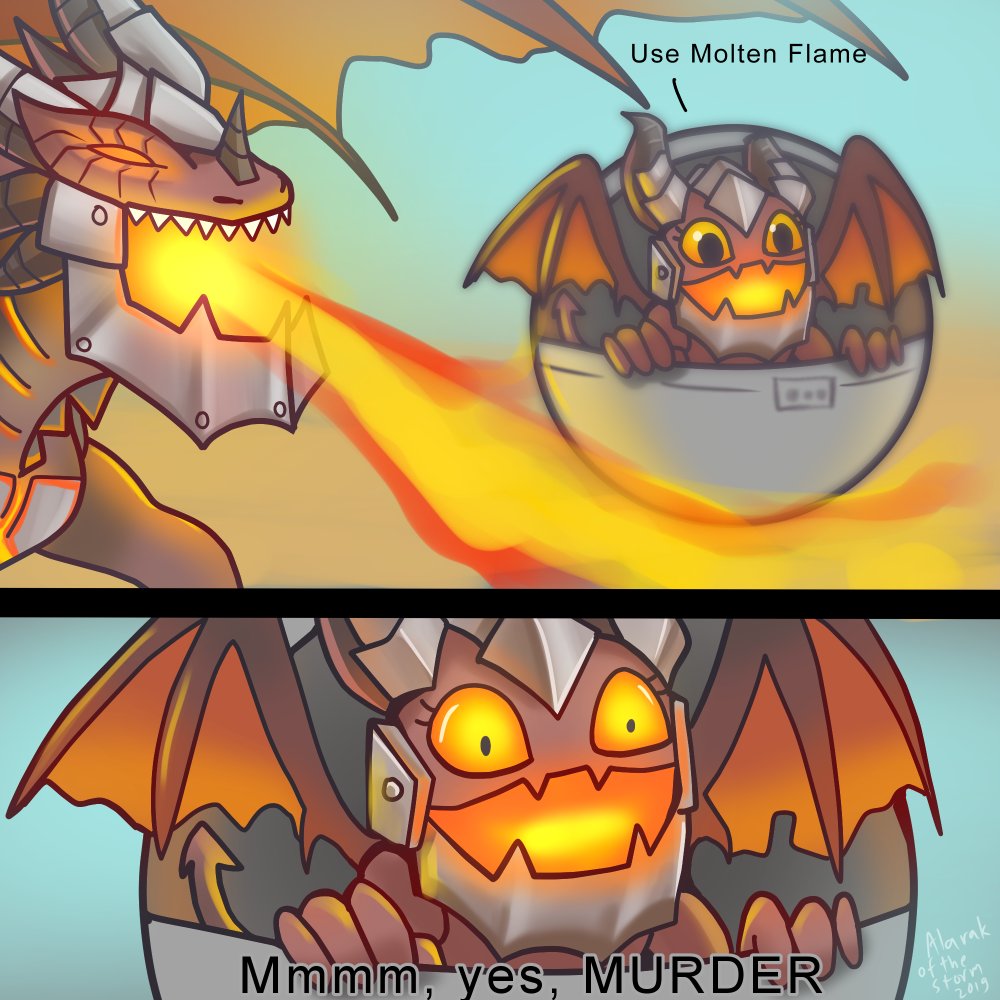 [Toy Train] 🚂 Choo-choo! This toy train, featured in a popular board game, always has a can-do attitude! Except when it doesn’t. Click on your teammate’s train mount in a game for a fun surprise! 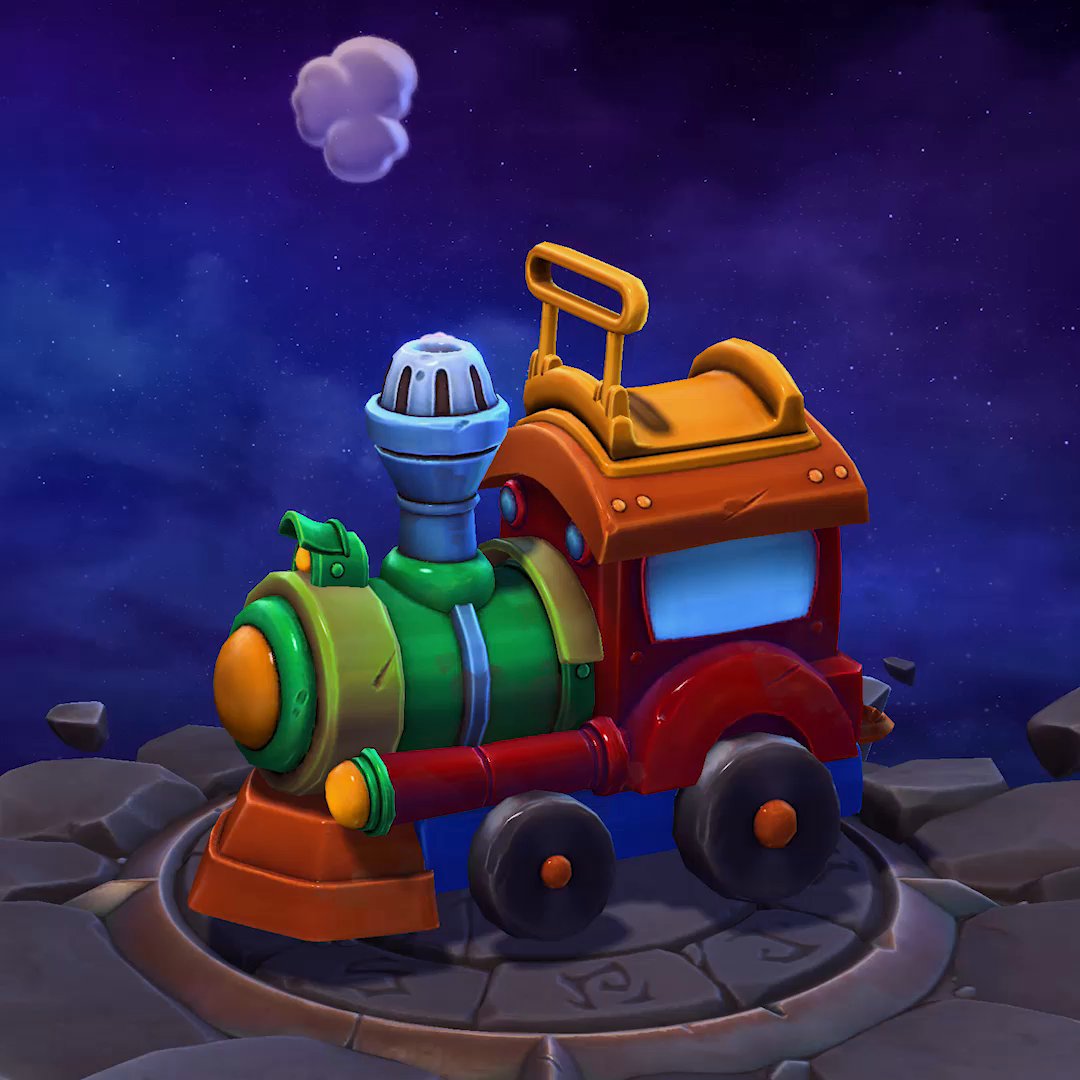 The Destroyer has finally descended upon Heroes of the Storm, and the community has been celebrating his arrival with some spicy content.

Here’s some of what you missed while you were laying waste to the Nexus:

Burn Beneath the Shadow of Her Tiny, Adorable Wings

Deathwing’s reveal trailer introduced players to the littlest Aspect of Death, and they have since embraced the adorably terrifying Flying Destroyer Brightwing in all her pint-sized glory. Alongside the Worldbreaker himself, the two make a ...

Let's have debates with the devs

For the record, your assertion that we are told where and when to post or not post is false. We have the autonomy to post in whatever threads we wish to.

There are a lot of reasons why we choose to post where we do. As a general rule of thumb, the more constructive the criticism, the more likely it will receive an answer.

The precocious host of last year’s event has settled into slumber and Mephisto has invited you over for another round of games… though he may have a more sinister goal in mind. 🐻: 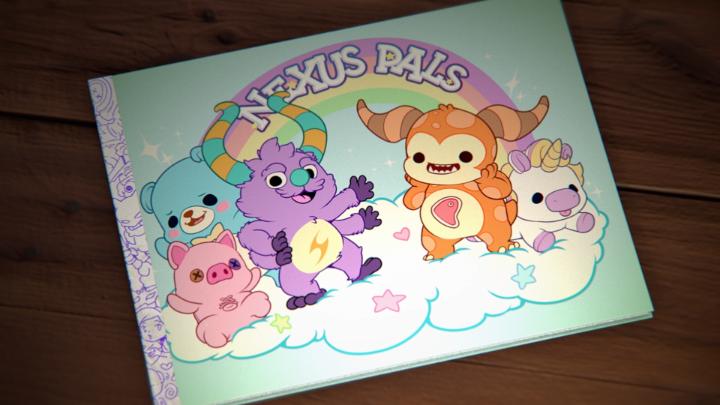 Heroes of the Storm: The toys are back in town!

The Toys are Back in Town: Heroes of the Storm 2019 Winter Event Details

It’s not always sunshine, stuffing, and rainbows between the Funtime Pals. It seems Tickle Mephisto has a posable plastic bone to pick with Cuddle Bear Stitches ever since the adorable abomination played a bit too rough during last year’s celebration. Now, the precocious host of last year’s event has settled into slumber and Mephisto has invited you over for another round of games… though he may have a more sinister goal in mind.

Dust off your dice and round up your friends--the Toys event kicks off at 10:00 am PT on December 16 and will run until the week of March 3, PT.

You’ll embark on the following set of unique quests with the onset of the Toys event, granting awesome 2019 event rewards as you wind your way around the game board for the first time:

Heroes of the Storm has just been updated with Hero balance changes! Read on for details.

Chen’s Stagger ability means that he can actually be the cause of his own death!

[The Destroyer] One of the five Dragon Aspects and the leader of the Black Dragonflight, Neltharion the Earth-Warder was once a protector of Azeroth. During the War of the Ancients, he was driven mad by the Old Gods and turned against his former allies. 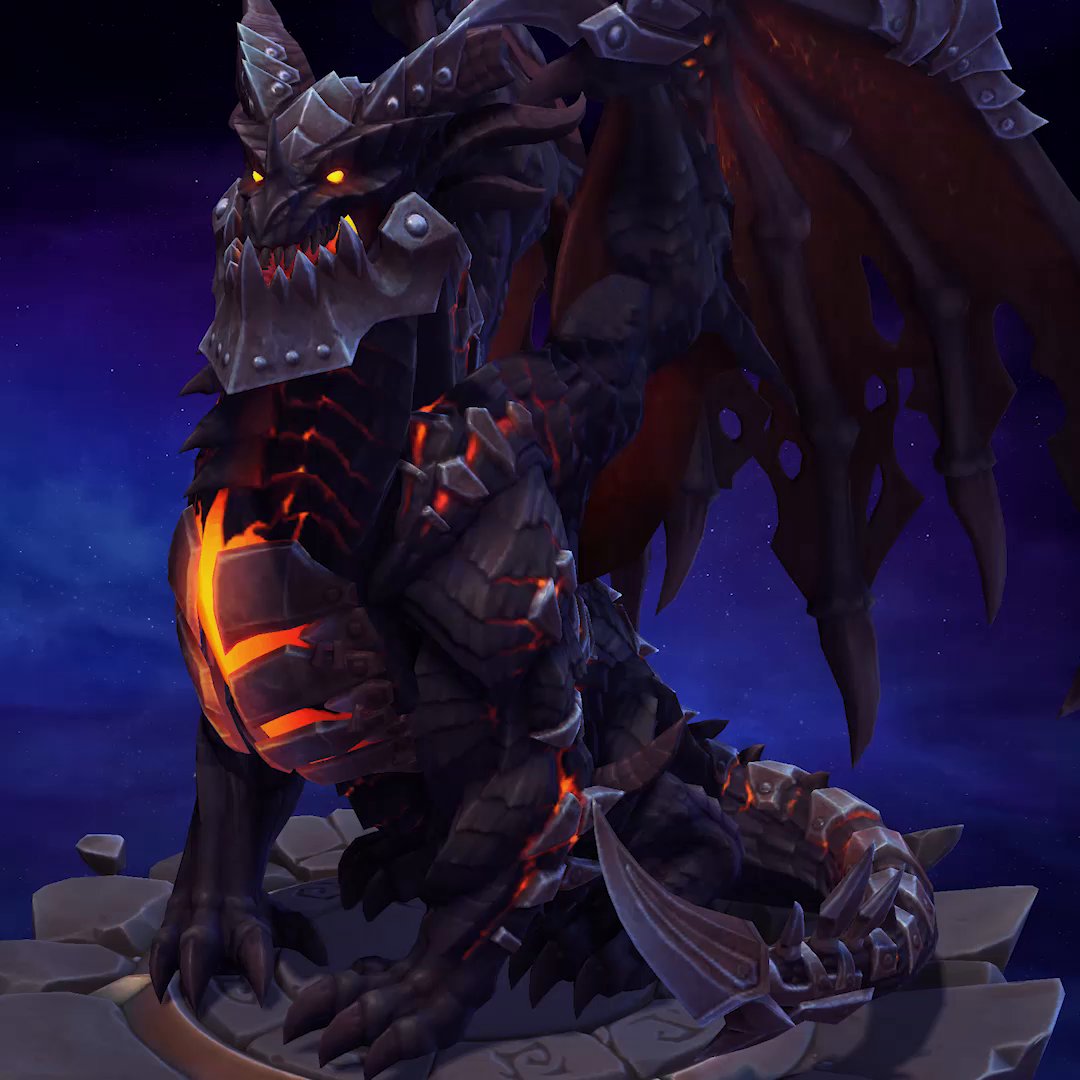 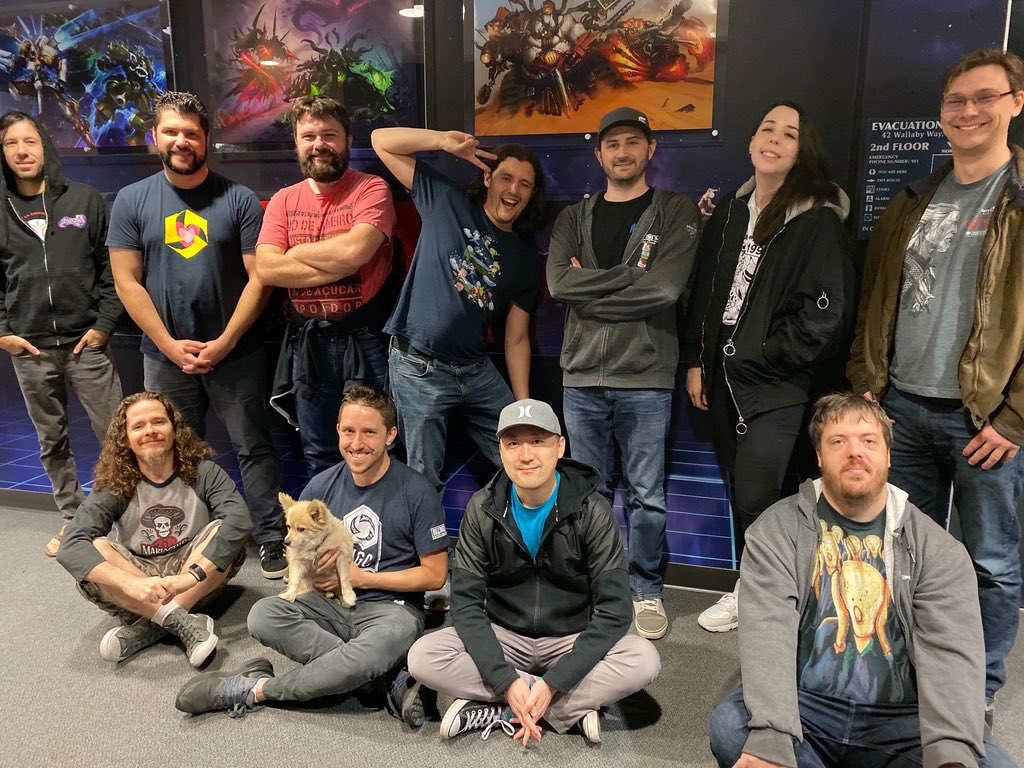 Our AMA is live! Ask Here:

Issue with the mouse cursor

The command tab is something we’re investigating as a possible bug. So far we have not identified any solution outside of playing in Window mode. That will work to bypass the black screen issue while interacting with other tabs but I know it’s not an ideal way to play. Just a temporary workaround while we investigate.

The Deathwing patch has some changes that should address this. After you get a chance to play on that patch if you are still seeing this issue, if you could create a new thread on this forum it will greatly help!

Thanks for the report, I’ll look into this!

We have a change that should address this in the patch with Deathwing! If after trying again in that patch this problem persists please create a new thread on this forum!

Thanks for the help!

We are aware of this issue and looking into fixing this as soon as we get a fix that works. I apologize for the inconvenience!

Issue with the mouse cursor

Can you try the steps located in this thread and see if it fixes your problem?

No tool tip and can’t ping my Z!

I am unable to reproduce this internally. I tried the two Heroes you called out but have no problem pinging the ability or seeing the tooltip.

Out of curiosity, do you use any non-standard hotkeys, such as for Mount or Smart Command? Could you also attach a picture of what you are seeing here to help me see what is happening on your side?

Aba can't collect XP globes while on a fort

This is technically not a bug. However, we are gathering some feedback about this and looking at a way to alleviate some of the negative experiences our Abathur players are experiencing right now. Stay tuned!

Just to clarify is one the accounts in your party placed in rank mode while one isn’t?

If this is the case, we are aware of the issue and tracking this now!