Passive - Master of the Dao

Flames of the Phoenix

Yu Huang conjures four cinders of the phoenix, spreading them in an X shape. The cinders rush inward, dealing damage once as they travel. When the cinders meet, they explode in a field of flames that persists for 3s, burning enemies inside. If Yu Huang is Attuned, when the cinders explode, all enemies in the area have their Magical Protections reduced. 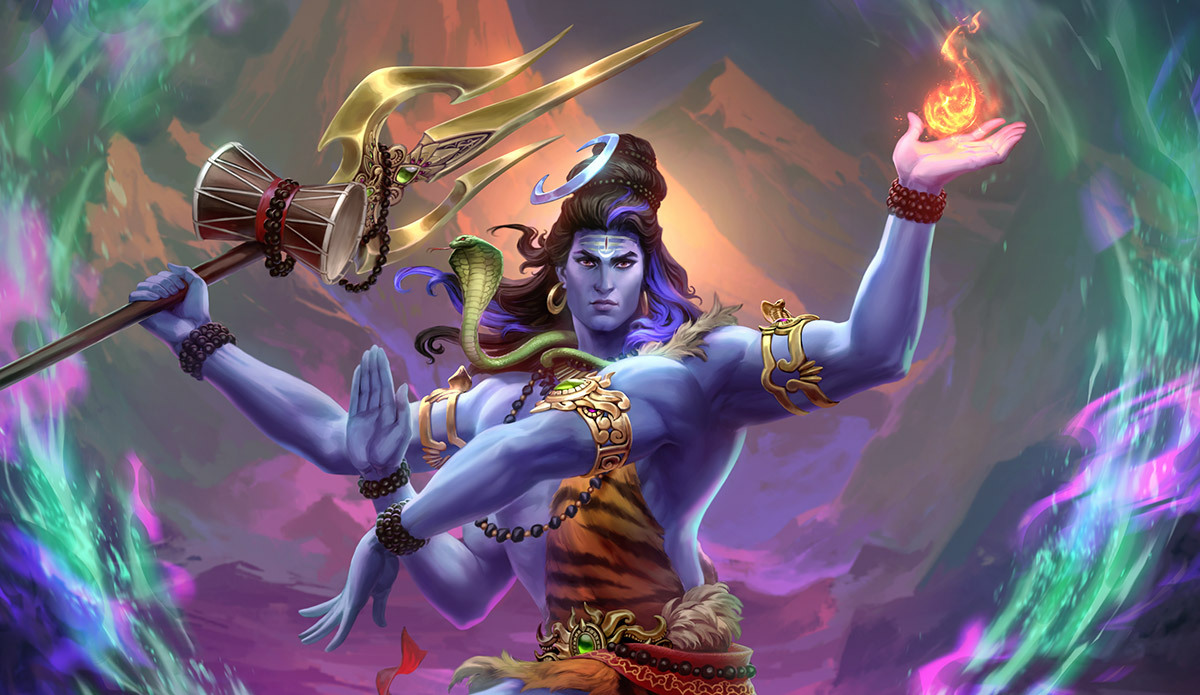 Shiva cycles between the states of Bliss and Destruction by dealing damage to enemy gods with attacks and abilities. Each state provides benefits to himself and allies or hindrances to enemies. On switching between states Shiva’s non-ultimate ability cooldowns are reduced by 2s.

Shiva hits the butt of his trident down into the ground, shaking the damaru drum and causing energy to ... Read more

SMITE’s first totally NEW and permanent game mode in years is finally launching! Slash takes elements from both the Siege and Clash modes and merges them together into an entirely new mode! The map features traditional tower, phoenix, and Titan objectives and a jungle sized in between those of Siege and Clash. The open center area and 5v5 team sizes from Clash ensure frequent fighting and rotations, and new Juggernaut camps that can be cleared to Spawn your own Juggernaut that push lanes and be teleported too like Siege. Order players will play from the Maya side, featuring an all new art set for this classic pantheon. Chaos... Read more

As Atlas deals or takes God damage he accumulates 1.25 Energy in his Astrolabe. Minions provide 1/10th of the Energy. When he reaches 20 Energy his next Basic Attack has 1.5x damage, 1.5s swing time, and deals bonus damage in an area in front of him. Gods hit are Trembled for 2s while minions are stunned. Atlas can store up to 30 Energy.

Atlas throws his Astrolabe to a target location, damaging and slowing enemies where it lands. While deployed, his Basic Attack will cause an explosion at the target area that damages all enemies. This explosion deals 40% damage to Minions and costs 5 Mana to use. After 5s or when he re-fires this ability, the Astrolabe will return to him. Atlas' second ability changes based on whether his Astrolabe... Read more

Post
15 Nov 15:12     HiRezDandy on Steam - Thread - Direct
Salutations Divine Deities!The war between good and evil never ends, as those who strive for justice will always be around to clash with those who seek to create chaos. But the one thing that everybody can agree on, is a good sale! From now until November 29th The Cybertron Sales are taking over the Battleground! With a truckload of great events, and a heap of otherworldly deals on Gems, Chests, and more!Lay down your weapons, and let the Cybertron Sales shopping spree begin! Gem Sale November 15 - 28: Save up to 33% off Gems!
Events November 19 - 21: 2x Battle Pass XP

November 22 - 25: Party Up!Earn 2x Favor, Worshipers, and XP after each game while in a party!

Pantheon Chests up to 50% off - Rotating until November 29