But first, a look back at the roadmap itself. 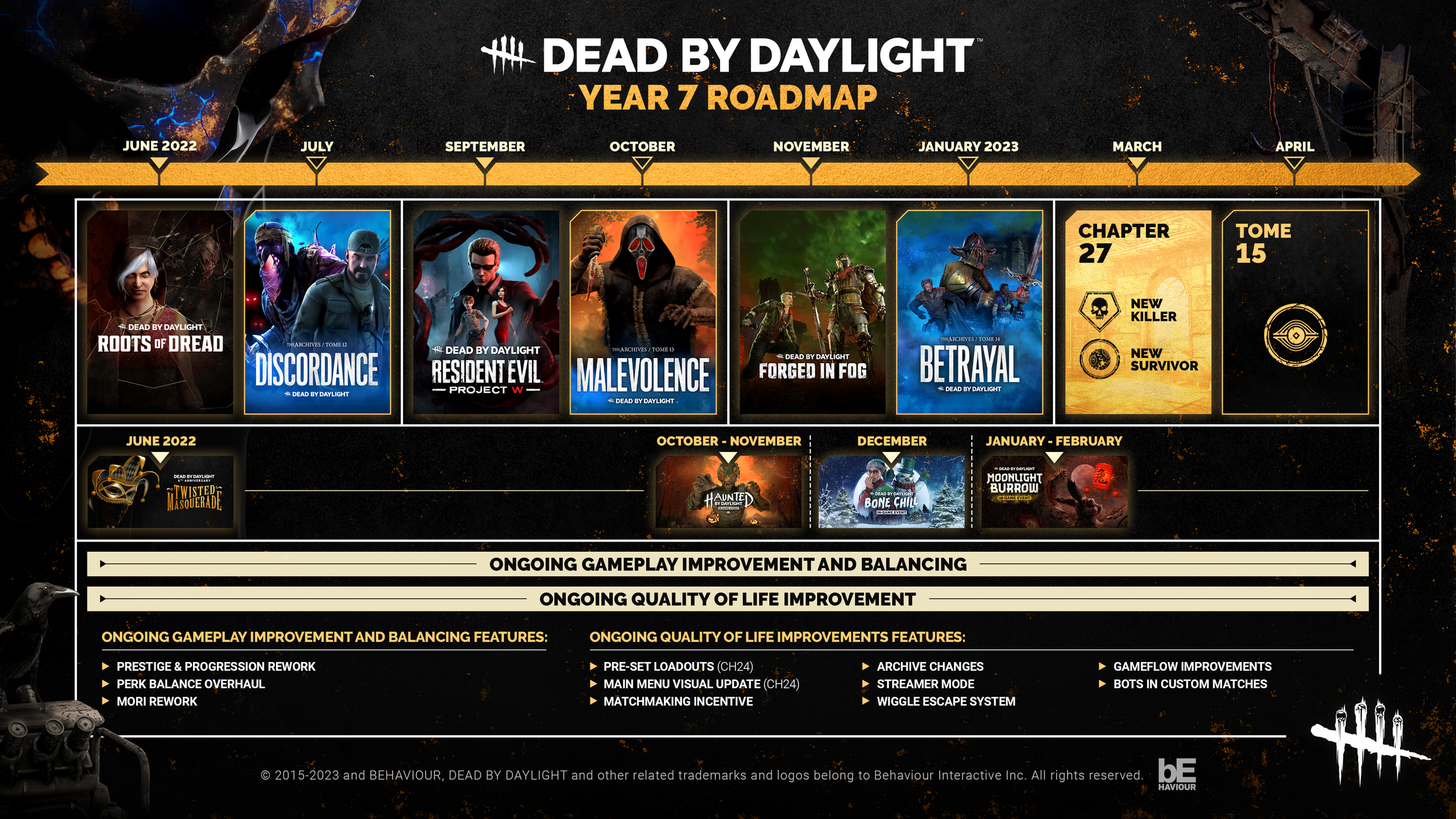 Kicking things off in July, we released one of the largest updates to date. This update rebalanced around 40 perks and completely overhauled the game’s progression system. Further progression and balance changes would be made throughout the year. Matchmaking Incentives were also introduced to help alleviate long queue times and provide a new avenue t... Read more
Post
26 Jan 15:02     /u/ on Steam - Thread - Direct
A lil somethin somethin: You can find the details for this event on the announcement page here.
Tweet
26 Jan 15:00     DeadByBHVR on Twitter

Uncover lost memories for The Knight, Vittorio Toscano, and the House of Arkham. Progress through the Rift to unlock medieval-inspired Cosmetics and Charms. Test your abilities by completing brand new gameplay Challenges. It’s all waiting in The Archives.

NEW MEMORIES
The Knight – Nothing But Darkness

While so-called knights prattled on about chivalric values, Tarhos knew the truth. Those armoured hypocrites wield their code the same way he wields his blade – to enact power over the weak. They would soon learn the uncompromising nature of true strength.

Vittorio Toscano – Journey Of The Lost