It's a time to be thankful, so we're showing our thanks by offering great deals across our entire catalog!

Whether you've been here since the beginning or now just joining us, thank you for all of your support!

Versus Evil is celebrating its 7th anniversary! To commemorate this milestone, we're offering great deals across our entire catalog!

In addition, we're also releasing Cardpocalypse (with a nice launch discount) alongside its brand-new DLC, Out of Time, on Steam today!

Check out Cardpocalypse, its DLC, and our sweet 7th anniversary deals for some of our other titles below:

Browse our vast selection featuring a wide variety of genres!


Whether you're in the mood for an epic single-player RPG, hectic multiplayer shooter, or collectable card game, we got you covered!

Here are several recommendations for you to check out first!

Check out our newest game - Wintermoor Tactics Club! It's a new story about surviving high school with gameplay inspired by tactics RPGs and visual novels, from developer EVC. 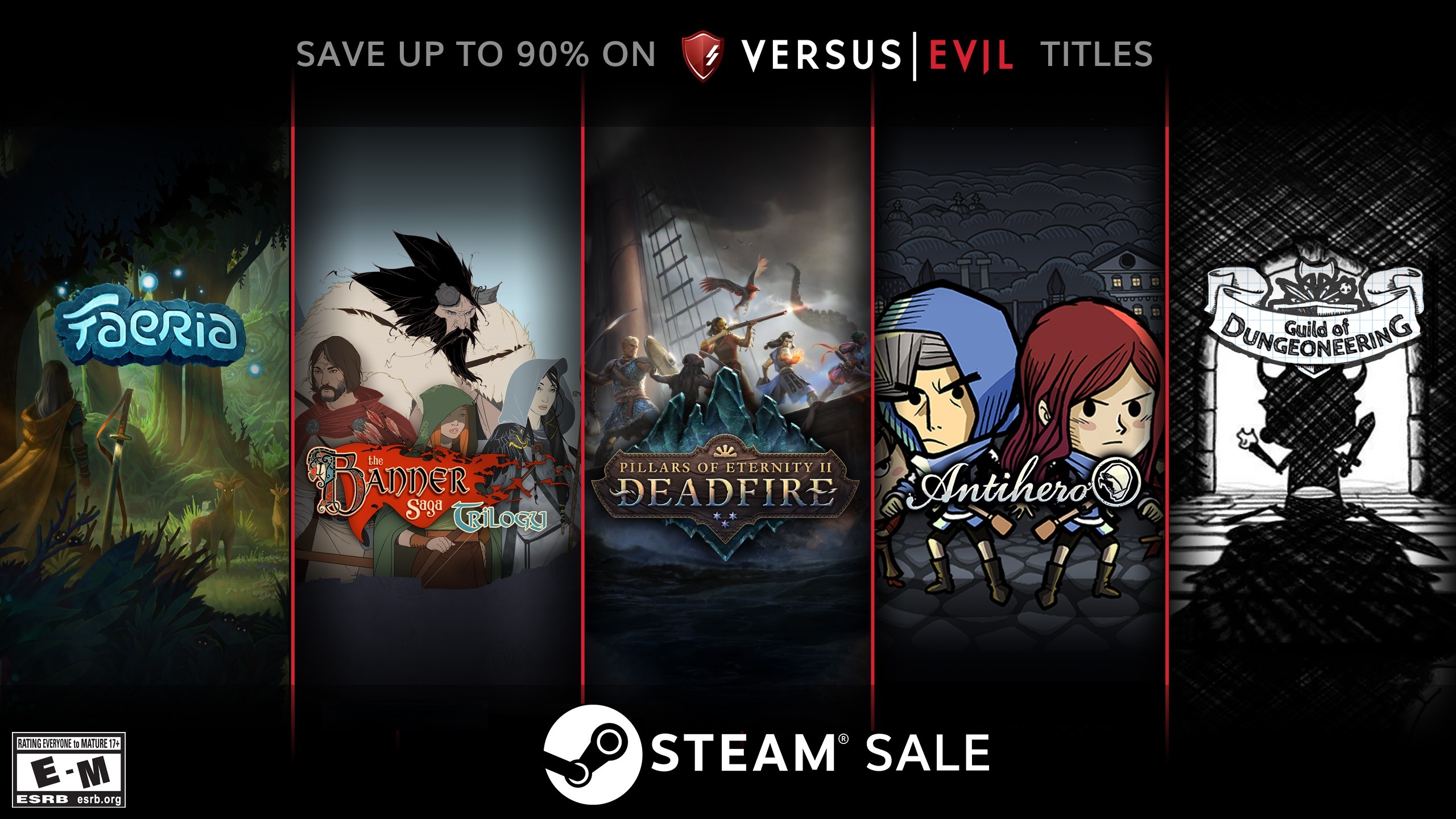