btw, we are still seeing some vchat errors in our logs, which means its not 100% perfect and we are continuing to troubleshoot.

voice chat should be performing much better than before. Please let us know if you've noticed an improvement.

This past Wednesday, Vivox performed a server-side maintenance to improve vchat stabliity and quality on both #planetside2 PC and PS4 servers. Since then, the volume of errors showing up in our vchat logs has dropped by about 10x prior. Which suggests that overall... (cont)

The war for Auraxis is entering a new era, soldier, and you best be equipped for the challenges ahead. Gear up with 40% OFF all Infantry Cosmetics for the next week! 💥

ALERT: We are performing overnight maintenance on our voice platform (all servers) at 2am PT / 5am ET / 11am CEST tomorrow, Thurs Aug 6. Voice chat will not function during this window. This maintenance is only expected to last 10 minutes.

Ahhh, we were all so innocent once. #planetside2

Combat so intense that @CMDRCyrious had to equip some 😎 - thank you @ThazerIS for sharing! Also, @ArsheeTv coming in clutch with the @RoguePlanetSD form-fitting T 👀 #planetside2

Heads up - We just published a small client-only hotfix to the NA/EU Region PS4 servers. I've posted details about the changes that went in - #planetside2
https://www.reddit.com/r/PS4Planetside2/comments/i3m6rd/minor_hotfix_just_published_to_na_and_eu_regions/

ALERT: We're performing critical server maintenance starting now in all EU server regions (PC: Miller & Cobalt, PS4: Ceres). Apologies for the short notice. EU servers will be down from 1AM - 6AM CEST. This maintenance will not impact any other server regions.

ALERT: We're performing critical server maintenance starting now in all EU server regions (PC: Miller & Cobalt, PS4: Ceres). Apologies for the short notice. EU servers will be down from 1AM - 6AM CEST. This maintenance will not impact any other server regions.

this is for vchat on both PC and PS4.

Heads up - We've been working with Vivox to identify the cause of a sharp increase in errors showing up in our vchat logs and an overall decrease in vchat reliability for players over the past several days. Testing the first of two potential improvements internally now. More soon

Pitfalls with A7 weapons

Can we have NS weapons to have faction tilt for tracers and muzzle flash too? Since they are 3 different weapons per faction in data anyway.

NS infantry weapons are single weapon shared by all factions in data, so we'd need proper faction-tinting tracers before that gets changed. You might be thinking of vehicle weapons, which have a different set of issues and are broken out per-faction because of it.

Pitfalls with A7 weapons

Interesting take, but it risks diluting faction flavor. In PS1 it was apparently a thing to collect other factions' gear, though.

It would be interesting if they were lore-wise considered 'illegal' or deprecated, and that the availability of other factions' gear was limited by availability and also by time, i.e. a rental of varying sets. This would keep things interesting/rotating, and give factions an impression of the other side.

This is one of the directions pitched for the Black market, rented cross-faction weaponry. You'd still want the weapon to have a faction tinge to it so that it's identifiable, along with tracers (and possibly muzzleflash) that tint based on the faction using the weapon. It's a lot of work, and may not be worth the effort, but the intent would be to add "evergreen" resource spend, alongside completeable directives and such that complement it. Honestly though, the point of Blackmarket currency altogether kind of gets outdated with the introduction of campaigns in the next update. So we'll have to see how that goes over before making any sort of decisions.

I love that we get to see history in the making on Twitch now a days: #NASA
https://www.twitch.tv/nasa

Summer nights in Esamir...wait what? 👀 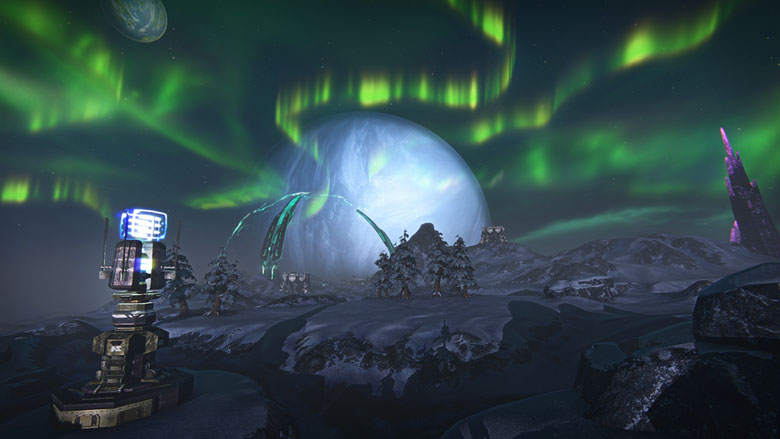 [email protected], amazing work everyone. You continue to outdo yourselves. I'm in constant awe at what you're able to accomplish. #TennoCon2020

#TennoCon2020 starts in about 20 minutes here, if you're into that sort of thing: #Warframe
Twitch

I’ve decided to end the Instant Action Podcast for the foreseeable future.

Thanks for all the work you put in, Deringer. I can sympathize with where you're coming from, and I'm sure there's plenty more thought and emotion yet left unsaid. So far as the game is concerned, it'll be here if/when you come back.

🎥 Feature Friday: "Auraxis" by @SurvivableGamer Throwback to one of the most stunning #PS2 videos made in recent years. 😍
https://bit.ly/2DpXCji