Comment
16 Jul 07:57     Anais on Steam Forums - Thread - Direct
Yes, what Cryosis said. However, the log-in rewards you can get from logging in during the Pre-Seasons won't return in any shape or form in the future.

Welcome to the Pre-season 5 State of the Game. There are a few things to talk about, so I’ll jump right in.

What We Have Learned
Tutorial
Our Pre-season 4 survey asked for your feedback on the new tutorial that we put in place. The early experience for our beginner users is an area of focus for us, so it was interesting to see the results: 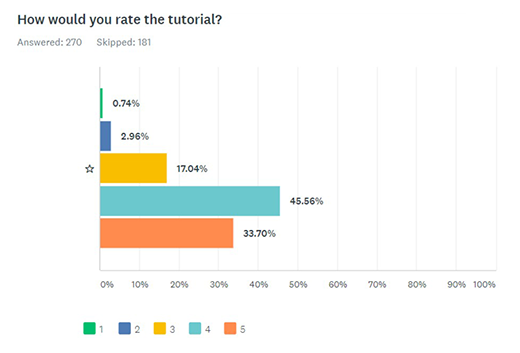 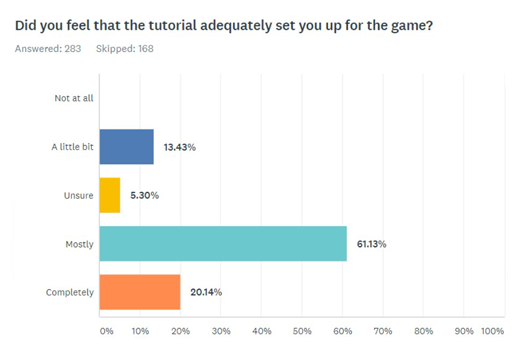 Pretty good reception; however, we also received some fantastic feedback about how the tutorial can be expanded to be more like an open firing range where you can test out weapons and perks as well.

Rewards
Last SotG, I mentioned that we were looking into rewards. The way ... Read more

Post
24 Jun 17:00     Anais on Steam - Thread - Direct
Hot summer days deserve hot summer sales. Second Extinction is 36% off on the Steam Summer Sale live now! Get it for yourself or pick it up for a friend you'd like to join your squad just in time for next week's new Pre-Season packed with new content to enjoy during the long days of summer.

We hope summer is treating you well and you’re ready for some new challenges.
On July 1st, we enter the next Pre-season in our Early Access journey. It’s time for Pre-season 5 - Longest Days.

Besides quality of life updates and bug fixes, we welcome a new Enemy Mutation that can appear during certain Emergence Events and takes our Enemy roster to new heights. We also have a brand new primary weapon for Enforcers to play with and a newcomer in the loadout selection in the shape of Firecrackers to stop the dinos in their tracks. All this and more to come with Pre-season 5 dropping next week!


We know this now but the reason we thought it was bugged and why we thought we were supposed to kill dinos buffe...

Originally posted by Misanthropicmaniac: The contract says I have to kill an enraged dinosaur. Killed a lot of them Alphas and others surrounding.
Who knows what dinosaur I have to kill to complete the contract?

Originally posted by Lord Teflon: Will it have mod support like in Left 4 Dead 2?

Currently no. We're focused on improving stability during this time in Early Access, adding mod support would introduce unknown variables at this stage.

Post
24 May 12:04     Anais on Steam - Thread - Direct
Supply Drop #3 has just landed! Many fixes focus on the vicious crashes you’ve been experiencing and will hopefully let you have some smoother sailing ahead while you slay dinos.

Aside from that, we’ve brightened up the world after receiving feedback on it being too dark, and you should now have the door open for you in the Black Site mission, making it possible to complete for everyone.

You can see the complete list of fixes below, and remember if what’s bothering you isn’t on there - report it here[support.secondextinctiongame.com], and if you have reported it, know that the team is looking into it and will push a fix once there is one ready.

On May 27th, Pre-Season 2’s contract will become available, both for Xbox players who’ll get their first shot at them and for Steam... Read more

We’ve been getting a lot of chatter regarding our War Effort, the community-driven meta-game that wraps around our game. It is an aspect that players have been engaging with, and there are some great Reddit threads out there where players have been discussing it exactly how we hoped. However, there’s still justifiable confusion as to what exactly is going on and how to affect it. We’ve talked about it at a high-level concept, but we haven’t gone into the nuts and bolts of it publicly. So here are a few of the most commonly asked questions to set that right.

Can we win/lose? In its current iteration, the War Effort is a never-ending tug of war between Humans and Dinosaurs. Technically it is possible to get an all red or all green map, but there are mechanisms that skew that not to happen. Having an all-red map means no one can insert into it, and all green means you won’t have much of a challenge. We want players to feel like they’re impactin... Read more

A big welcome to everyone in our Xbox community and welcome to the crew. With both Xbox launch under our belt and Pre-season 4 out the door, it’s time to give an update from the team. As always, the State of the Game letter’s goal is to provide an open channel between you and us. Feel free to reach out at any time in the Discord[discord.gg], however.

What We Have Learned
Shortly after Pre-season 3, we started our initiative to set up surveys to talk about specific things in the game and get your feelings. The last survey was very much focused on Difficulty - how you felt about the game’s difficulty settings. This is the result: 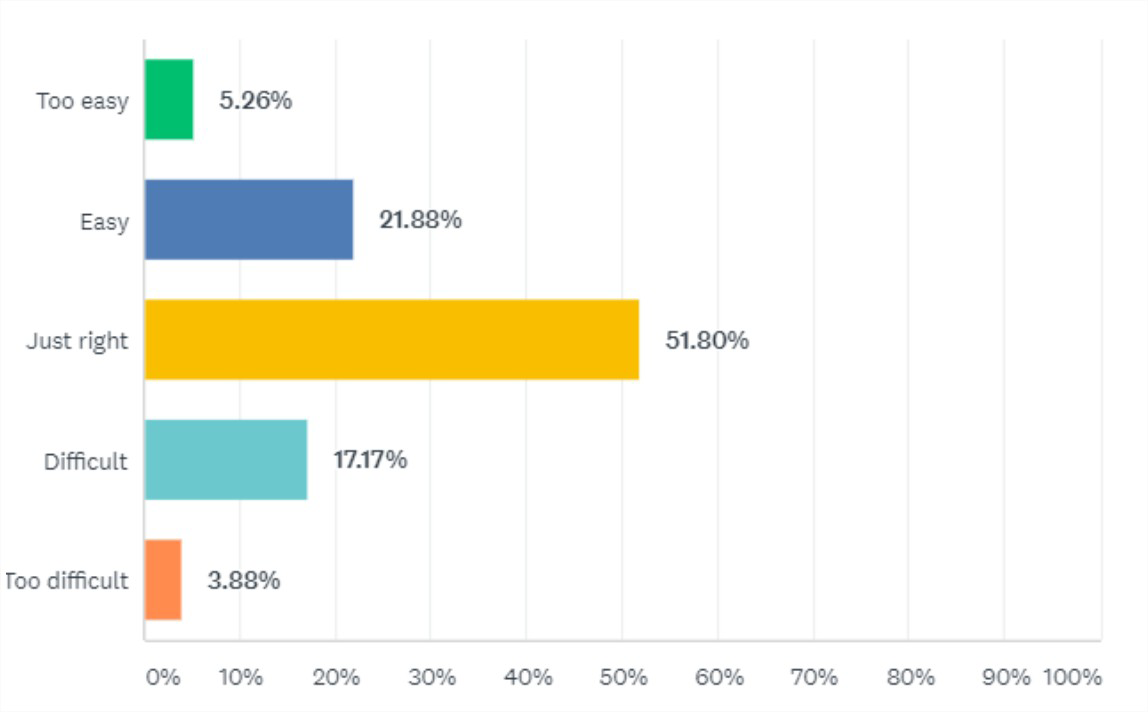 Post
28 Apr 12:00     Anais on Steam - Thread - Direct
Pre-Season 4: Man vs. Beast is now live! The season highlights include a brand new Enforcer hero - Jack, who brings his own repertoire of skills to the table in the war against the dinosaurs. Read more about Jack’s abilities and how he was created by the team here[www.secondextinctiongame.com]. We also have a new Tutorial mission, especially beneficial for new players and brand new Seasonal Contracts!

As always, the team has been smashing bugs and cracking codes to up the experience even more. A complete list of fixes and improvements can be found below.

We hope you enjoy the update, and if you find any bugs, please report them directly to support ... Read more

It’s been a while since we’ve given you an insight into some of our dev practices here, so the release of Pre-Season 4 Man vs Beast seems like the perfect time to rectify that and run through the creation of a whole new character. Introducing Jack!

Character Brief
Voiced by Star Wars, Home and Away star, and all-around lovely guy Jay Laga'aia, Jack marks our first new hero since launch and joins Rosy as our second Enforcer on the Extinction Unit roster. While Jack shares the same class as Rosy, allowing him access to the same heavy weaponry, we wanted to make sure that he supported a very different gameplay style while remaining true to the core of what an Enforcer is.

With Rosy, the intention was to create a character that performs the Enforcer crowd-control role by fortifying an area and keeping enemies at a distance through the use of her Static Barrier ability. With Jack we wanted to do essentially the opposite, encouragi... Read more

Post
22 Apr 09:28     Anais on Steam - Thread - Direct
It’s time to go even deeper into the Basic Training you’re getting during Early Access. Pre-Season 4 will launch on the same day Second Extinction becomes available on Xbox via Game Preview and Game Pass - April 28th.

The season highlights include a brand new Enforcer hero who brings his own repertoire of skills to the table in the war against the dinosaurs. We also have a new Tutorial mission, especially beneficial for new players and brand new Seasonal Contracts!

As always, the team has been smashing bugs and cracking codes to up the experience even more. A complete list of fixes and improvements will come alongside the update.

Suppose you run into any issues now or in the future, please report them directly to support here[support.secondextinctiongame.com]. We’re a small team, and as much as w... Read more

If you’ve been eyeing an Avalanche title, or want to gift one of our games to a friend so that you can go on adventures together, now is the perfect time to pick it up at a roarsome price.

Have the itch to go hunting? Battle robots? Or our personal favorite slay dinos?
Scratch that itch by going here[gsght.com]! 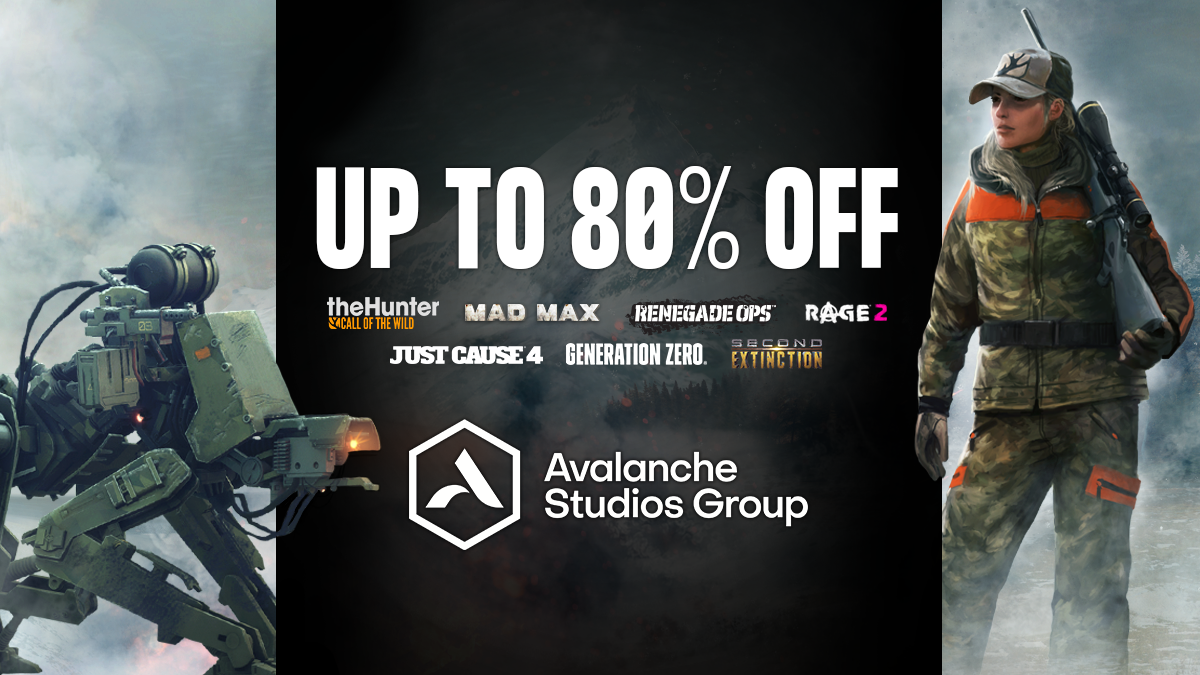 It’s time for another update. This time, I’m going to be a little more future-focused and talk about some of the exciting stuff on the horizon.

As always, the State of the Game letter’s goal is to provide an open channel between you and us. Feel free to reach out at any time in the Discord.

What we are (and have been) doing As you no doubt have seen, we will be coming to Xbox Preview very soon! Releasing on three platforms (Win10, Xbox One, Series X/S) at the same time is a very challenging task, so a lot of our development team has been focusing on that.

Once Xbox has been released, content for both Steam and Xbox versions will be on parity. This means that we will be sim-shipping everything on both versions as we go through Early Access/Preview together. It also means that game updates will take a little longer in between than what we’ve done in the past with our PC-only version. However, we will keep an eye on any PC-sp... Read more

Post
04 Mar 09:29     Anais on Steam Forums - Thread - Direct
If you've recently played Second Extinction, we'd love to hear what you think about the updates in Pre-season 3!

This quick survey will take just 2 minutes to complete, and your feedback helps us to keep getting better. Thank you for taking the time!

Another Hotfix has just landed! Among the fixes, we’ve solved dinosaurs refusing to spawn, the error on the end date of the Seasonal Contracts, and the Thumper now having a shorter cooldown again.

We hope you enjoy the fixes. If anything seems odd or, as you like to say, borked, reach out to support here[support.secondextinctiongame.com] and let us know so we can give it a look and cook up a fix.

A full list of what’s been fixed can be seen below.

We have just pushed a hotfix to solve the newfound issue with the Satchel charge, the wrong month showing on top of the Seasonal Contracts, and removed some Necrotoxic immune Raptors from the Emergence Event making it hard to complete.

Pre-Season 3: Necrosis has finally landed and brings with it a very long list of fixes that can be read below, alongside some fun new additions. The Flatback has received a new mutation - Necrosis - that has a rather explosive effect on its nearby allies...

On top of that, we also have War Effort Improvements and Difficulty balance changes that should turn the player experience up a notch. As requested, you may now skip the War Effort Update and contribution animations. You will also receive a pop-up in-game when the War Effort Update is about to happen, and should no longer be kicked out of your game when it updates, among other improvements.

When it comes to Difficulty no one can explain it better than our Lead Designer, Simon Berry who recently shared his thoughts on the Difficulty changes that enter the game with this update. Read it ... Read more

It’s Simon Berry, Lead Designer, here today to give you an update on what we have been doing recently regarding game difficulty on Second Extinction. Hopefully, it’ll shed a bit more light on some of the details.

First up, I’d like to be completely open about the state of play from the Early Access launch to Preseason 2.

At launch, the game was generally regarded as overly difficult for first-time players and as a solo experience in general. It was also sometimes considered to be not challenging enough for a team of 3.
Since opening for Early Access, we have introduced our first iteration of a couple of new features that we hope have significantly impacted the session’s intended difficulty.

The first is Expedition mode. By its nature, it allows players to ‘dip their toes in’ to our systems without forcing them to overcome a series of intense objectives and gives them the possibility to extract when they see fit. This should make a more w... Read more