The Producer's message has opened the tip of the next update for you.

(If you haven't checked the video yet, see here:

In this announcement, we are bringing the dish menu to you!

Our team has focused our energy on several issues that are of great concern to the engineers, and Dyson Sphere Program will achieve a major update in mid-to-late May.
This won't be a earth-shaking one, but it will certainly remove many obstacles for the engineers' work.

Upcoming update plan in May
1. Re-coded construction system to bring the new mass/chain construction.
In order to better support the new convenient functions in the future (such as blueprints), we have
(1) Rewritten nearly 10,000 lines of code of the construction system
(2) Split the code of... Read more
Tweet
28 Apr 08:53     dysonprogram on Twitter

CentreBrain can't dismiss the problems that occur on your way to power it, so we fixed them!
The development of new content will be a long journey full of inspiration. We are also looking forward to the future of the Dyson Sphere Program universe just as you, dear engineers.
Let's take a look at today's update:

With the coming of April, we are about to enter the rhythm of medium / large scale content development, and a new round of difficulties, and an intensive development schedule. It will take a lot of time, but we will forecast the content of the upcoming patch earlier to facilitate you to plan and prepare in advance. For example - the quick copy of the sorters is on its way.

Spring is coming! Icarus can't feel warm or cold, but we human beings can still be cold at spring. The Chinese old saying ask people to keep warm so that everyone can be healthier in the summer. Have a try!

We also brought you some new features and fixes today. Let’s take a look!

Today is the tree planting day in China. Although we cut down a lot of trees in the game, please be eco-friendly in reality ;).
We heard your voice of the quick copy of the Sorters, Blueprints, etc. Don't worry, they are on their way - as big fans of factory games, we understand your needs! 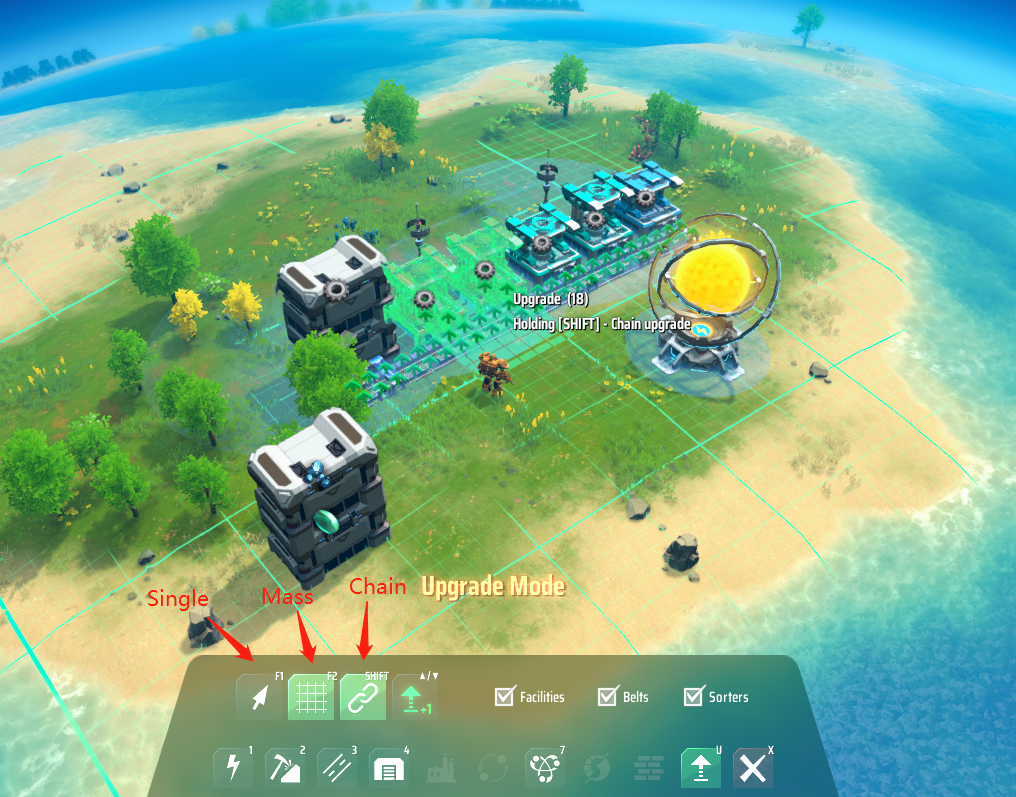 CentreBrain is ready for the bug fixes!


Thank you for your continuing support! You can send your feedback in Discord[discord.gg] and Google Form... Read more
Post
05 Mar 10:34     gameragame on Steam - Thread - Direct
Dear engineers,

We were just astonished to find that the power generation and power consumption of the facilities remained unchanged after a 'quick upgrade'. It is a bug and we are going to fix it soon.

We're sorry to inform that a decline in the electric power supply should be expected after the bug fix, and it may result in large-scale blackouts. Please understand that Centrebrain executes no half measures. So, Engineers! Please prepare your power supply plan and develop the power grid in advance to overcome the upcoming Centrebrain's firmware update.

We will also be adding a function for you to see how the savedata is adjusted after the game version is updated.

Thank you for understanding and support!

Here comes our first update in March. And, an important functional update is also coming soon!

Good day engineers! First of all, as you know we are a Chinese team, and we just celebrated our new year – so we want to wish you all a wonderful Year of the Ox!

A meme is popular among the Chinese communities saying that "I already forget what my job was in 2020 after the Chinese New Years holidays." Don't worry, we didn't forget! We remember and care about everything you care about - the roadmap, localizations, etc. While doing some sorting on our work, we are bringing a new development log here for you!

Wish our engineers a good start and best luck in 2021!