We're teaming up with Wardi for the War Chest Team League, a new community-run tournament! Check out details here: 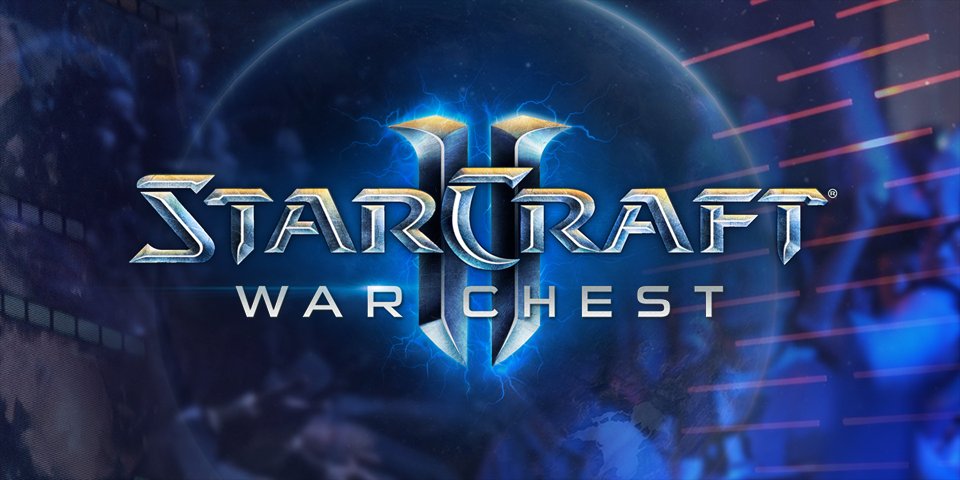 As we mentioned in the War Chest 6 announcement, we’re teaming up with Wardi (@Wardixo) and committing $150,000 of War Chest proceeds to a community-run tournament called War Chest Team League. Today, we’d l...

The StarCraft II War Chest is here, with new skins and a brand-new community tournament! In addition to granting you access to a bounty of goodies—like new skins, sprays, emojis, and more—War Chest 6 allows you to lend some crucial support to War Chest Team League, an upcoming community tournament we’re bringing you in partnership with Wardi. Read on to find out what’s coming, how War Chest works, and details on what you can unlock. Is this your first War Chest? Check out the full explainer at the bottom of the post.

Our goal for War Chest 6 is to make War Chest Team League a success. To that end, we’re committing the first USD $150,000 of the proceeds (less taxes) to prizing and tournament operations for the event. We’ll have full details about the tournament in another upcoming post, but in short, we’re selecting 9 prominent StarCraft II commentators to draft teams of four players each, who will then duke it o...

*NOTE: Upon further consideration, we’ll be swapping out Purity and Industry for Eternal Empire in the upcoming 2020 Ladder Season 2 map pool.

These maps will be available for playtesting or exploration in the Custom Games section of Multiplayer today. Below are some descriptions from the creators of the maps. Please click on the images to see the detailed views. 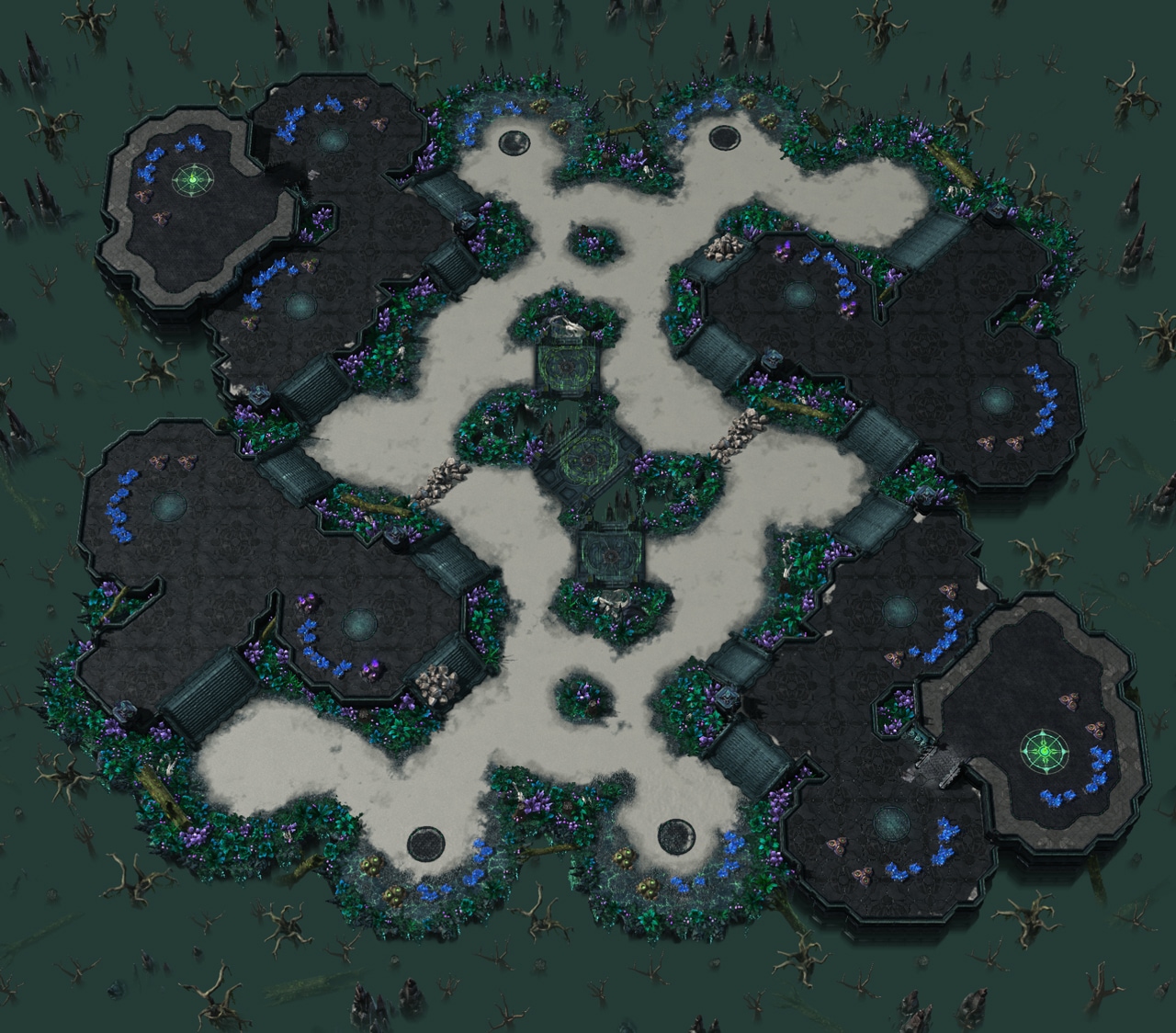 Last month, we put together our thoughts on the current state of the game and proposed some changes we’ve been considering for the next balance patch. In addition, we tried something a bit different and sponsored WardiTV’s Balance Test Mod Invitational to help gather additional feedback and observe the proposed changes in a professional setting. Today, we’d like to share which changes will make it to live in a future patch, which was based both on your feedback and what we saw from the BTM Invitational. Specifically, we’ll address the two major pieces of feedback we’ve received regarding the patch, which includes:

The universe of Blizzard’s StarCraft expands in these official comics! Read the first issues of StarCraft: Scavengers, Soldiers, and Survivors for FREE on Dark Horse Digital this May: 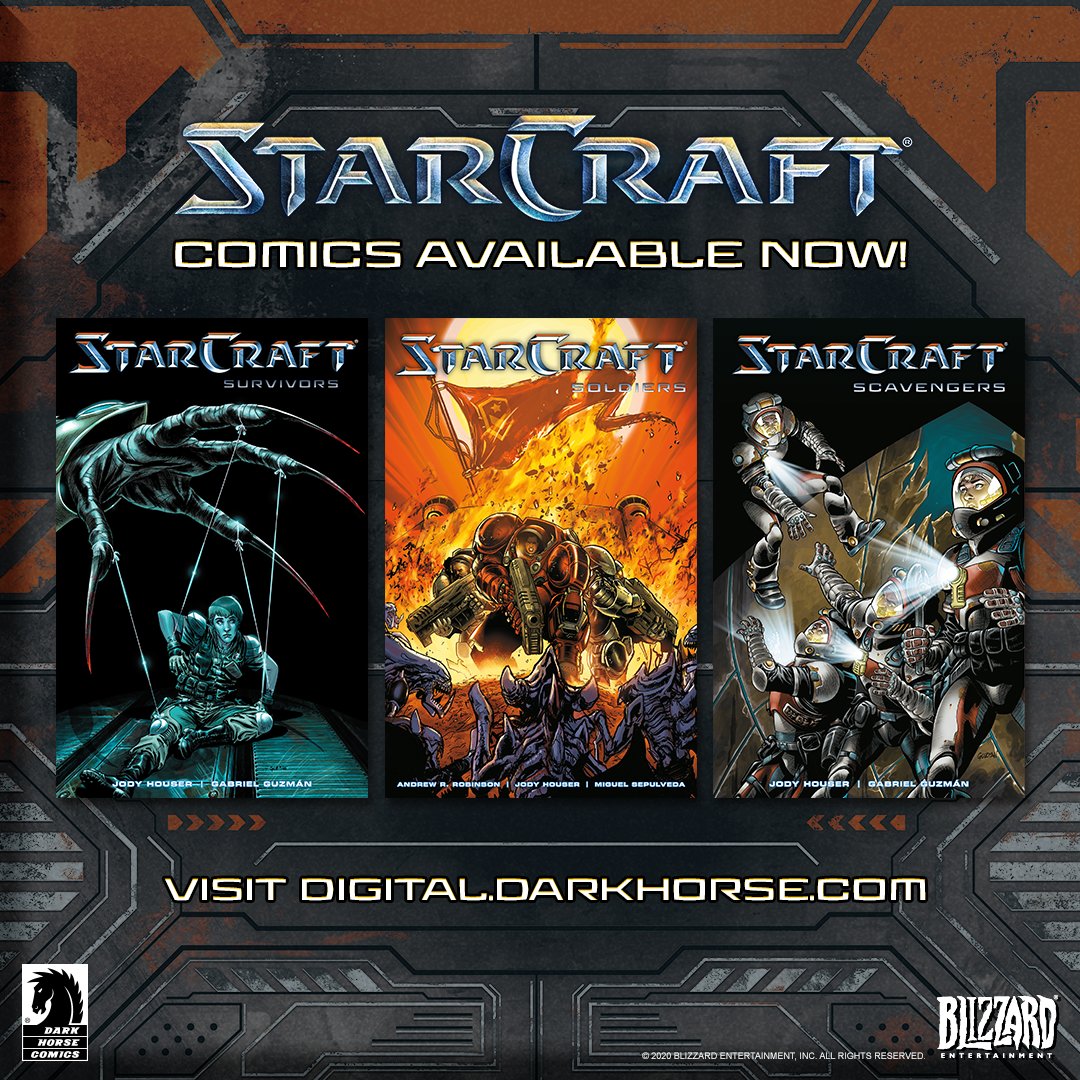 First and foremost, we hope everyone is staying safe in these unprecedented times. While we’ve been hunkered down and large-scale live events have been temporarily halted, we’ve been very fortunate that the community's content creators have stepped up to provide us with a seemingly endless amount of StarCraft. We're always thankful for your passion and ...

Pop quiz, hotshot: are the setting and story of StarCraft part of the military sci-fi, space opera, or sci-fi horror genres? If you answered, “All three!” then congratulations—you really know your science fiction subgenres. There’s a lot going on in the StarCraft universe, and it’s not always easy to keep it all straight. If you’re looking for a refresher—or just a simple way to explain StarCraft’s story to your friends—this blog has you covered.

Part 1: The Distant Past

Eons ago, the xel’naga arrived in our galaxy and kindled life on countless worlds throughout the Milky Way. Their goal: wait for two species to achieve what the xel’naga called “purity of essence” and “purity of form,” and help them ascend into a new form of life which would take the xel’naga’s place, thus restarting the cycle.

The xel’naga called this the Infinite Cycle. Unfortunately, that turned out to be a bit of a misnomer.

Amon, one of the xel’naga, resolved to break the cyc...

In StarCraft II, we are stronger together! 💪 The free-play level cap on Co-op Commanders will be lifted from now through April 2nd. 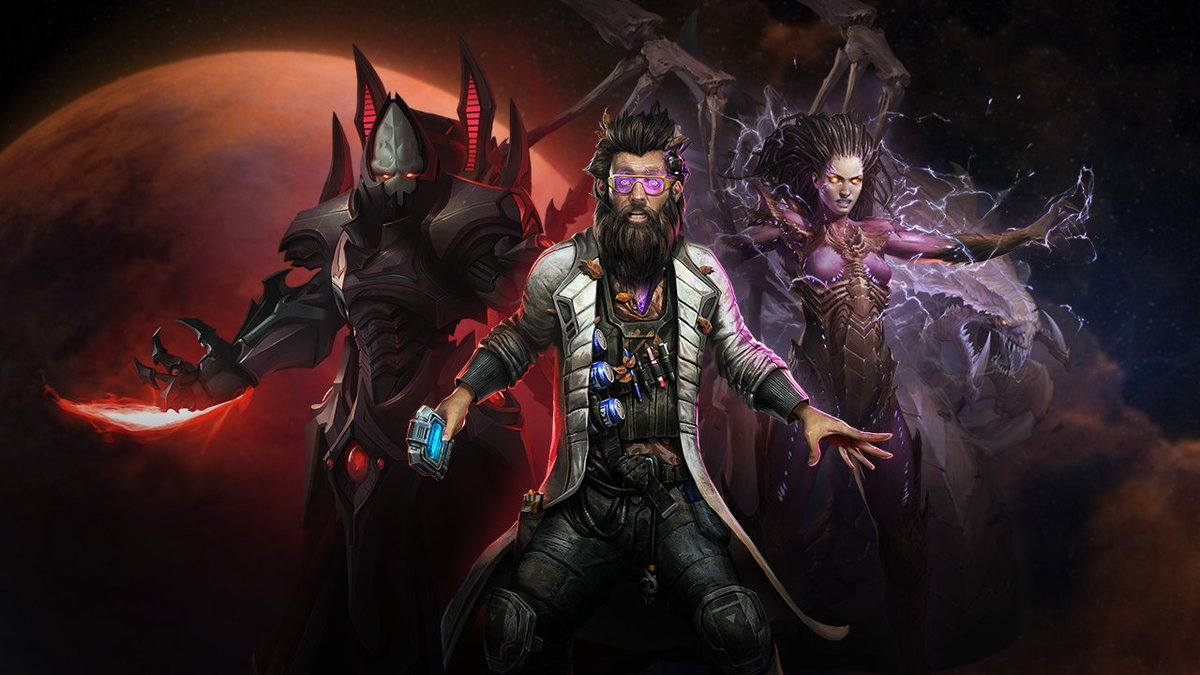 Stronger Together: All Co-op Commanders Free to Play for a Limited Time

With so many around the world staying safe indoors right now, we wanted to make it a little easier for everyone to connect with each other through StarCraft II. So reach out to your friends on Battle.net to join forces and triumph over the battlefield: from Friday March 20 PT through Thursday April 2 PT, we are lifting the free-play level cap on all Co-op Commanders. We’ll also be enabling 100% Co-op bonus XP through Thursday, April 16 PT. With every Commander, every unit, and every ability now open to everyone, the Koprulu Sector is here for you and your friends to come together and stand against those who would oppose you.

Additionally, as always, everyone is welcome to experience the free StarCraft II: Wings of Liberty single-player campaign. Whether you’re looking to explore the StarCraft II universe for the first time or just want to relive this thrilling chapter, immerse yourself in a story of sacrifice, betrayal, and courage among the stars.

Nuclear deals detected 📡 Scope it out: 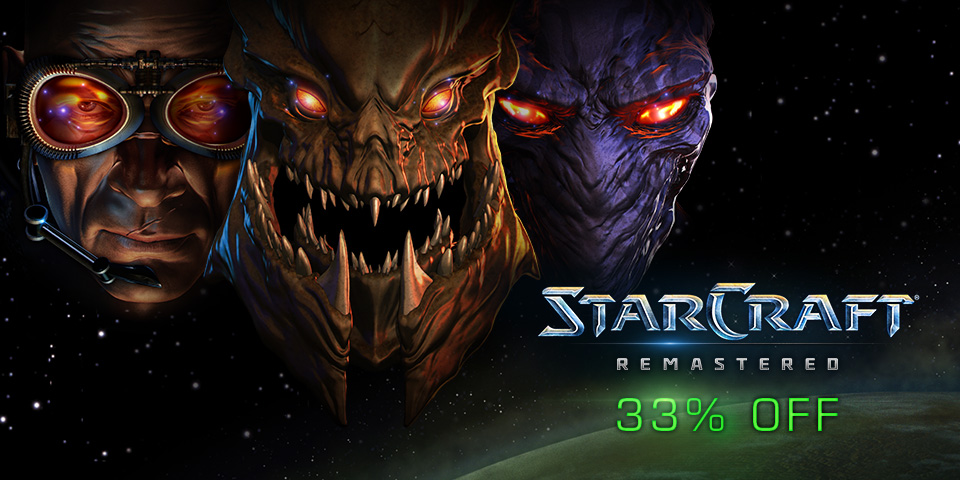 On the ancient jungle world Zerus, slavering predators wage eternal war, striving to climb the universe’s bloodiest evolutionary ladder. This is also a great way to visualize the 14th TLnet Map Contest, wherein 163 of the StarCraft II mapmaking community’s bravest submissions were viciously winnowed down to 16. When the mist of combat settled, one submission had emerged above all others: Blackburn, an inventive and action-packed Rush map created by Alexander “Insidious” Hallmann. We reached out to Hallmann, an experienced submitter but first-time finalist, to chronicle the origin story of his 1st-place map.

Pay heed: Many TLnet Map Contest finalist submissions wind up on the official StarCraft II in-game ladder. The StarCraft II dev team’s finest map connoisseurs will be turning a critical eye to these creations in the weeks to come, and you can bet that Blackburn will warrant serious consideration.

These maps will be available for playtesting or exploration in the Custom Games section of Multiplayer today. Below are some descriptions from the creators of the maps. Please click on the images to see the detailed views. 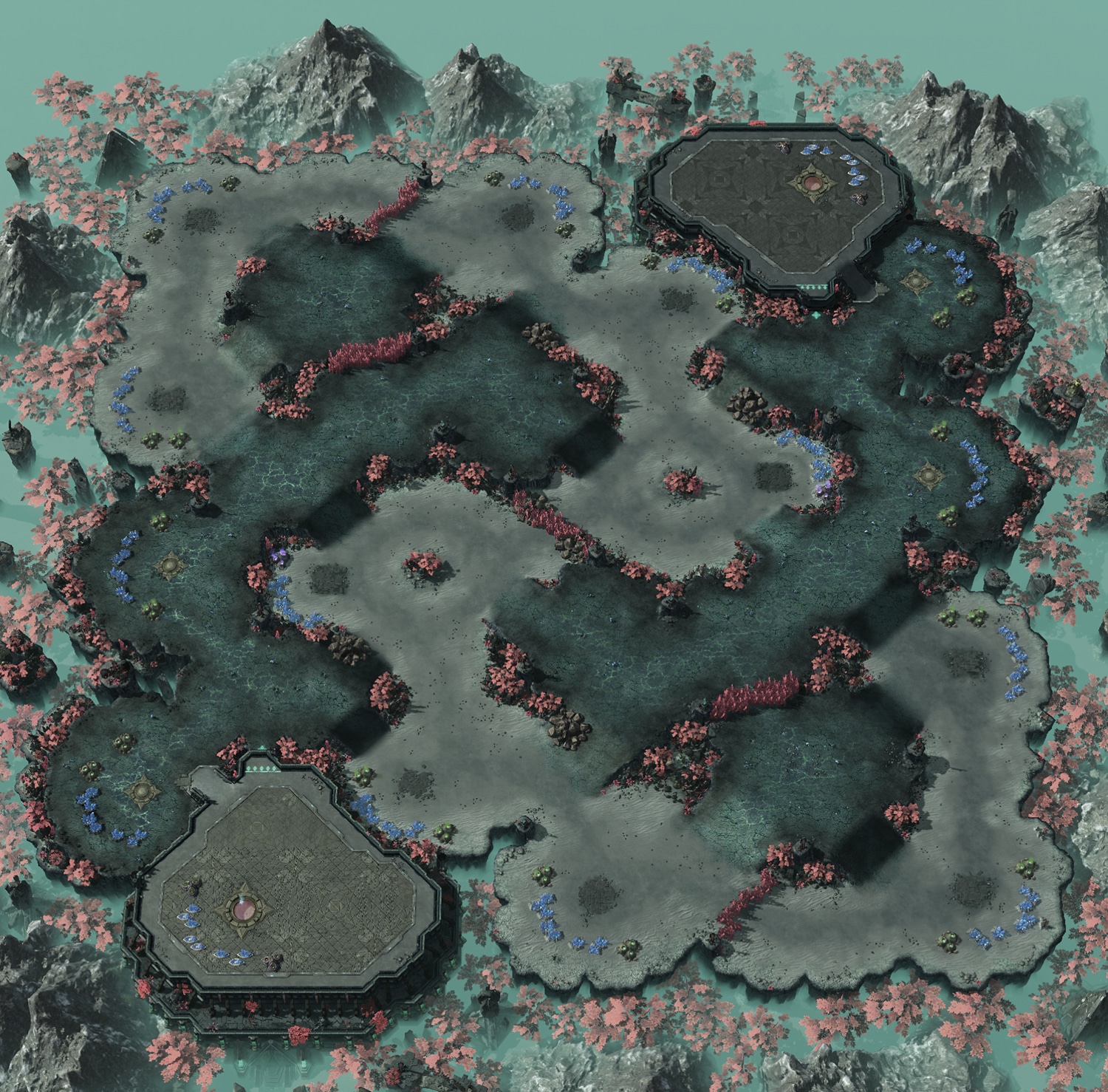 Marras: “The map has 16 blue bases, two of which have a single Rich Vespene Geyser. The average rush distance is 37 seconds. There are rocks in the middle path and on the ramp leading into the low ground third. Line of sight blockers are s... 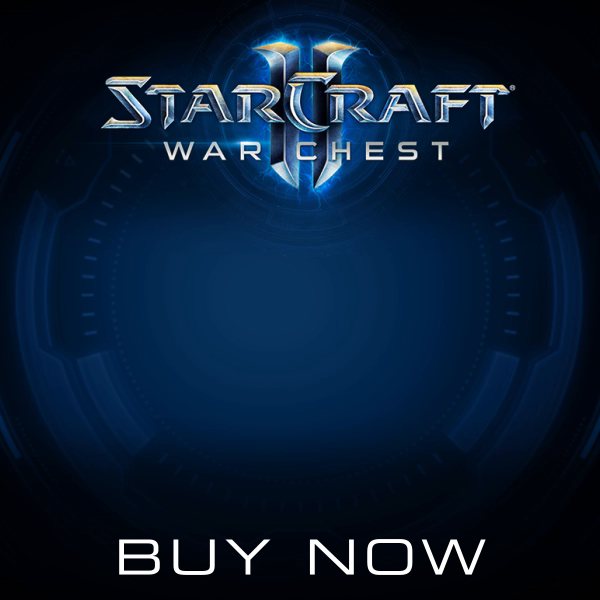 I don’t know about you, but IEM so excited to watch the world’s best StarCraft II players compete for $400,000 in Katowice, Poland from February 24 to March 1.

I’m referring, of course, to Intel Extreme Masters (IEM) Katowice 2020, the first major StarCraft II tournament of the year and the first global event of the new ESL Pro Tour, set to be an electrifying display of interstellar warfare. The competitors are as fearsome a group of generals, executors, and broodmothers as have ever been assembled. There’s Park "Dark" Ryung Woo, arguably the best Zerg player in South Korea, fresh off a victory in the 2019 WCS Global Finals. Also in attendance is Riccardo "Reynor" Romiti, the 17-year-old Italian Zerg prodigy who fell to Dark in those finals and will be looking for revenge here.

With so many top players, it’s inevitable that year-spanning storylines will gain new chapters—and new tale...

The signs are unmistakable. The bassy hum of Acceleration Zone Generators… the crackle of deep-nebula electricity… the crunch of unexplored ice beneath Siege Tank treads… the fecund scent of a distant planet’s boiling primordial sea…

That’s right: It’s new map season in StarCraft II. The 14th TLnet Map Contest is underway, with 16 finalists across four categories awaiting your consideration. (Explore the full list here.) Public voting between February 24 and March 1 will determine an ultimate ranking. Though each of these mapmakers will receive $100 for reaching the top 16, additional prizing will be awarded to those whose creations finish in the top 5. Plus, as in previous years, the community’s favorite maps will have a chance to be selected for the official StarCraft II...

WHAT IS HAPPENING TO STARCRAFT II ESPORTS?

After seven amazing years, and following Park “Dark” Ryung Woo’s incredible global finals victory at BlizzCon, the World Championship Series (WCS) is being retired. The WCS mobile app will be shut down on December 31, 2019, and the WCS site will be taken down in early 2020.

WCS has been a huge part of the StarCraft II community, and we know just how much it has meant to you all, as it has to us.

But rest assured—StarCraft II esports is evolving, respawning in a new form with ESL and DreamHack.

To replace WCS, we are excited to announce the new ESL Pr...

The emperor calls on you to serve. Conscript your troopers, command the elite Royal Guard, and rain destruction on your enemies as Arcturus Mengsk - now available in Co-op! Buy now: 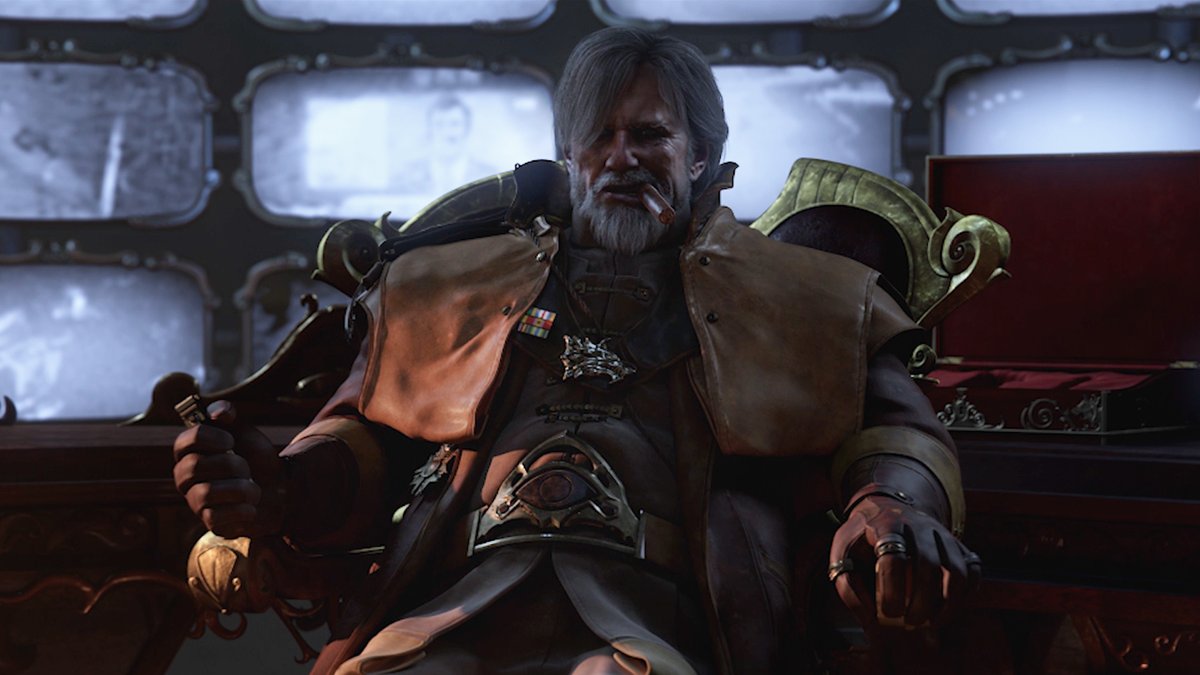