@ZOS_GinaBruno sorry to bother you again and again, but you still haven't clarified if the bidding stays open until Tuesday in this special week, or if GMs should rather place their bids until Sunday, since the ingame interface shows bidding closes Sunday evening on EU live.

It should stay open until Tuesday. Does the in-game UI show Sunday right now? It should have updated yesterday around 5pm EDT.

Don’t forget – QuakeCon starts on Friday and we’ll have lots of fun planned for the #ESOFam ✨ tune in to earn a free pet and more. (Don't forget to link your account for Twitch Drops!) 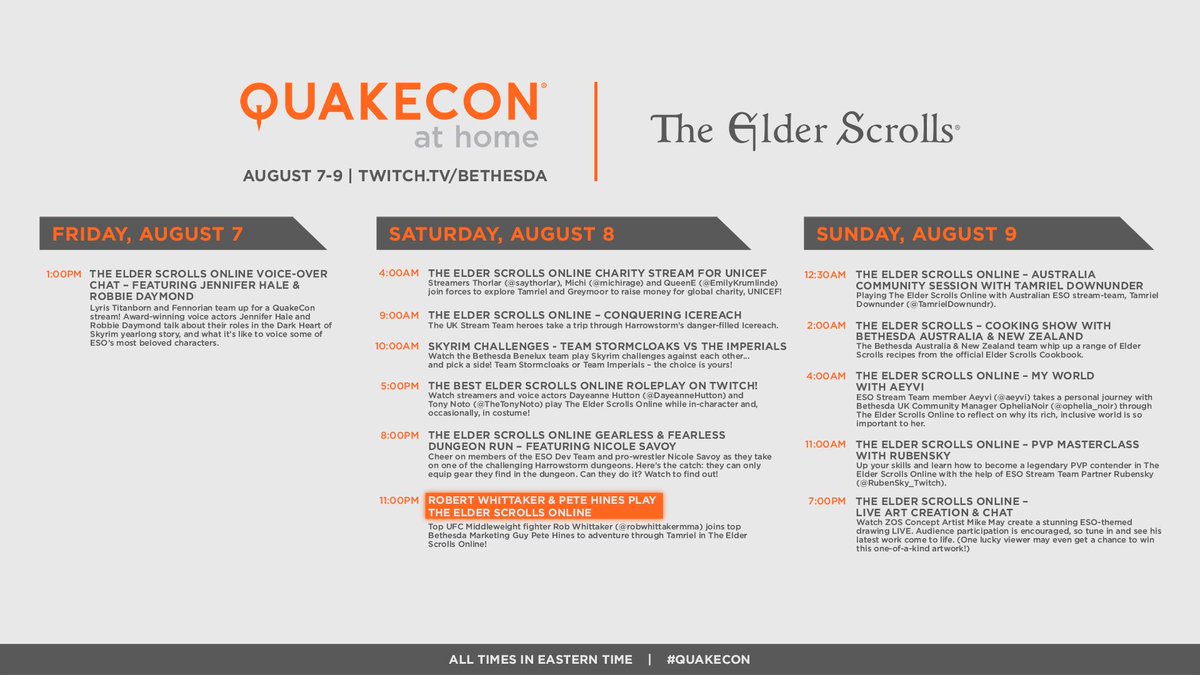 @ZOS_GinaBruno Just wanted to let you know that I didn't receive a winning mail, only 9 lost/refund mails for the bid on PTS, even though I won the primary bid. History shows the winning bid correctly though.

Thanks for the info, passed this over to our QA team to take a look. We also found an additional issue that we'll make sure to get fixed before this goes live - thanks so much for everyone's help yesterday on the PTS!

something something time is relative? they are up now 😅

ℹ️The maintenance is complete, and the @TESOnline console megaservers are now available. #ESO

Should be wrapping up in the next 10 minutes or so. Thank you for your patience.

@TESOnline How long will maintenance be for xbox version ? Thank you

If you had a pet torchbug what would you name them? #TorchBugTuesday 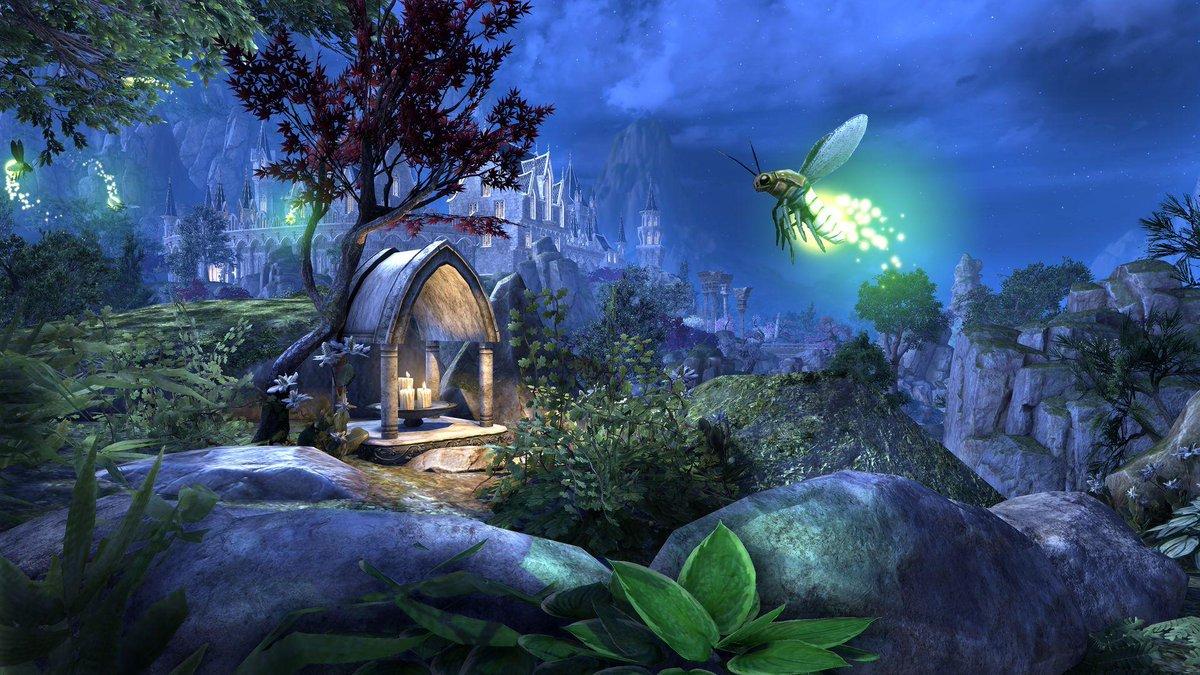 Can I please ask for some clarification on the new timings for the EU trader bids as the information provided is full of errors and adjusting some of the addons GM's use to the new timeframe is not possible without the correct data.

Below, you’ll find the new day and time when Guild Traders will switch over:

The switch is happening at 14:00 UTC. We'll make sure the Support article gets updated!

Further down your s...

The Vampire Lord Statue furnishing and Bastion Sanguinaris are now available in the Crown Store! Celebrate your character’s vampiric side with these new items. 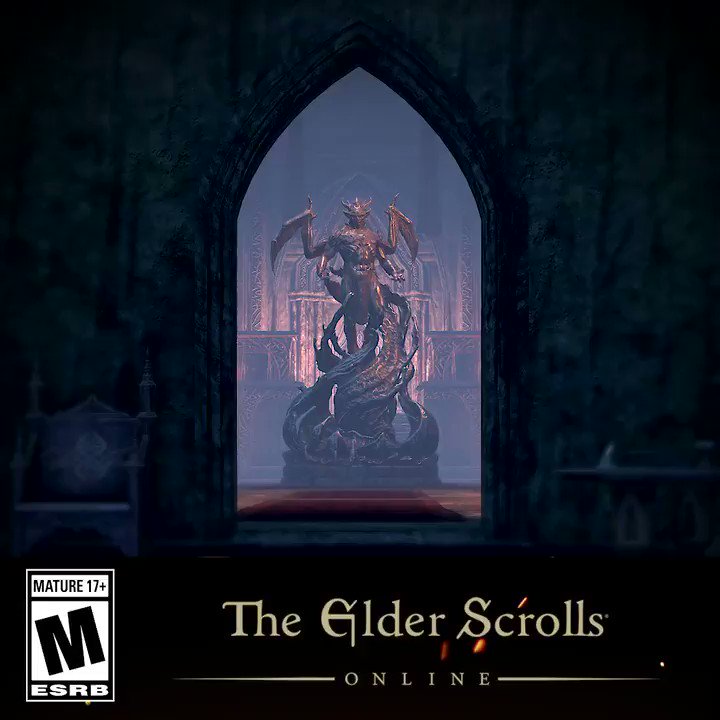 okay these went really fast so maybe...just maybe...we'll bring #TorchBugTuesday back for a one-time event tomorrow.

Official Discussion Thread for &quot;Check Out ESO during QuakeCon At Home!&quot;

"watch any of the official ESO streams each day"

Do I have to watch one stream Friday Saturday and Sunday to get the pet, or can I get it just by attending one stream on one day?

You'll receive the pet by watching any of the streams on any one day. You don't have to watch all 3 days (though we would appreciate the support :))

@ZOS_GinaBruno About the bid test, do you guys want us to do some special things? Like bid all on one kiosk? Lots of gold?

There are lots of people who already said they are ready to test, if you want some heavy tests on one kiosk or anything, now is the chance!


Yes! If you could bid on a trader on PTS then just let me know (here or via PM) which one you bid on, that would help a ton. Doesn't matter how much you bid. Thanks!

@ZOS_GinaBruno About the bid test, do you guys want us to do some special things? Like bid all on one kiosk? Lots of gold?

There are lots of people who already said they are ready to test, if you want some heavy tests on one kiosk or anything, now is the chance!

Yes! If you could bid on a trader on PTS then just let me know (here or via PM) which one you bid on, that would help a ton. Doesn't matter how much you bid. Thanks!

This is the official discussion thread for the blog article "Crown Store Showcase—August 2020"
Become an avatar of order, dress to impress the taverns of Skyrim, and find a fearsome or fawning new friend within the Crown Store this August! 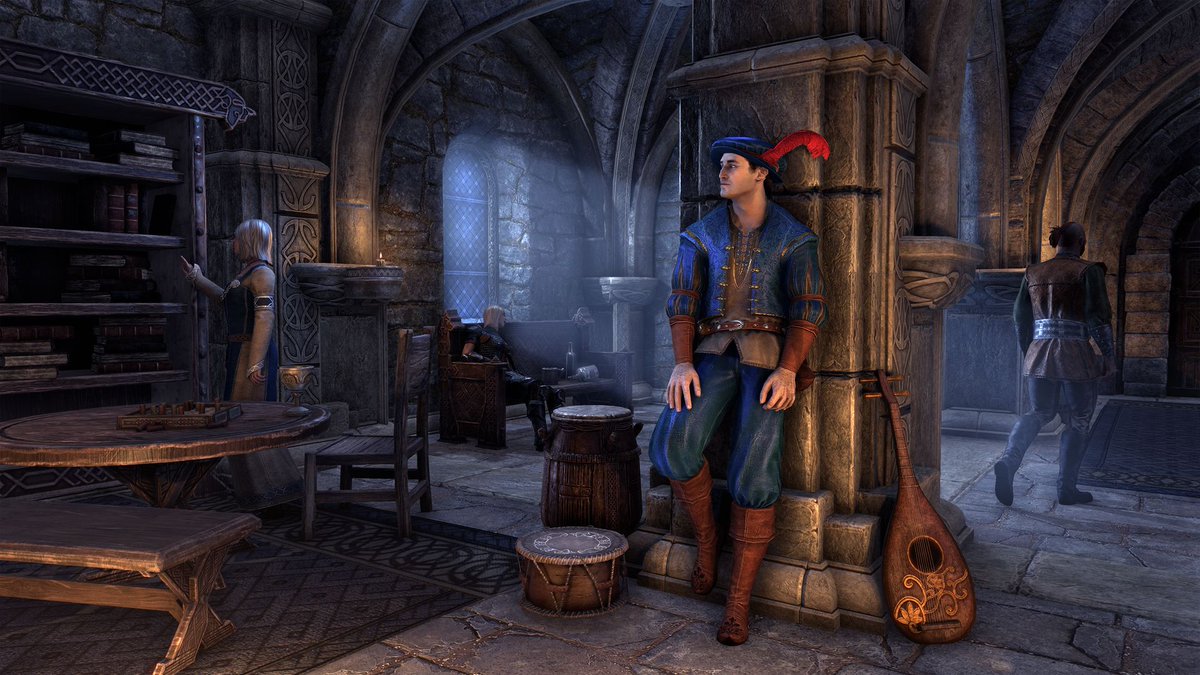 The August Crown Store Showcase is here! And yes, before you ask, the Bastion Sanguinaris house is coming this month. 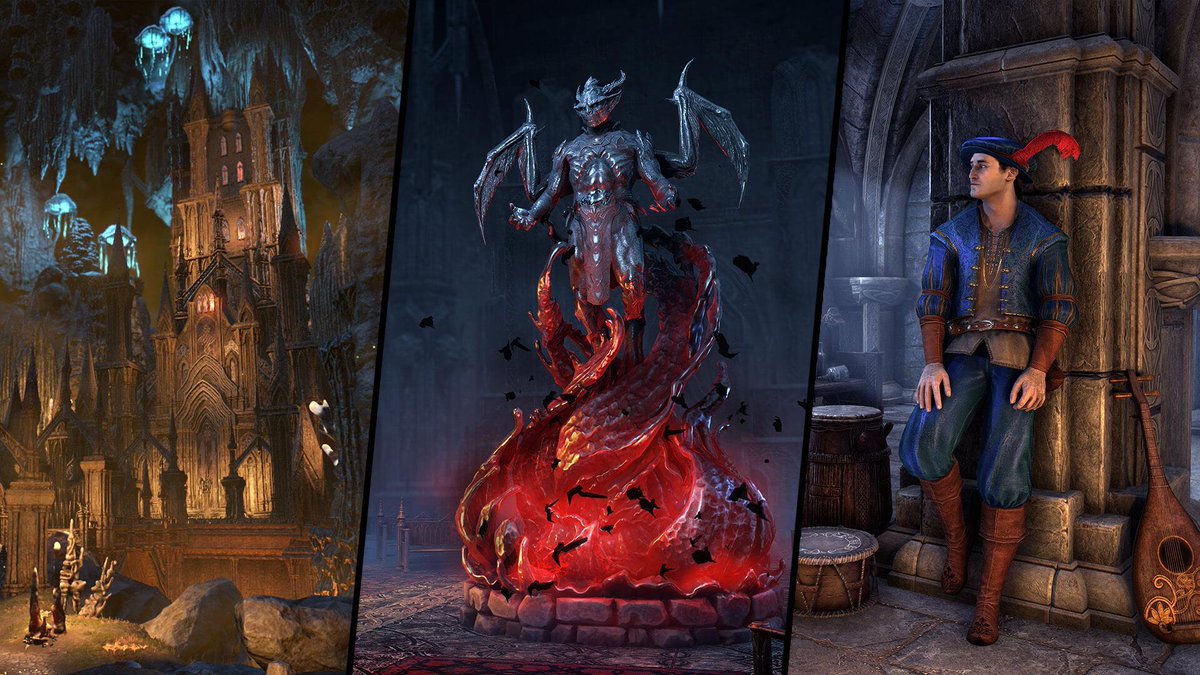 The Elder Scrolls Online v6.1.3 brings back the Witches Festival for testing this week, in addition to additional short tests in Cyrodiil affecting AoE abilities, which you can read more about here. We’ve continued to implement fixes for the Stonethorn dungeons, plus some combat abilities and item sets, housing systems, and more. We’re also testing out some upcoming changes to the times when Guild Traders swap, which is detailed in this post. The size of this patch is approximately 254MB.

Have you been earning the Snowhawk Mage outfit style during the Summerset Celebration? There are only a few days left to earn the pieces – don’t miss out! 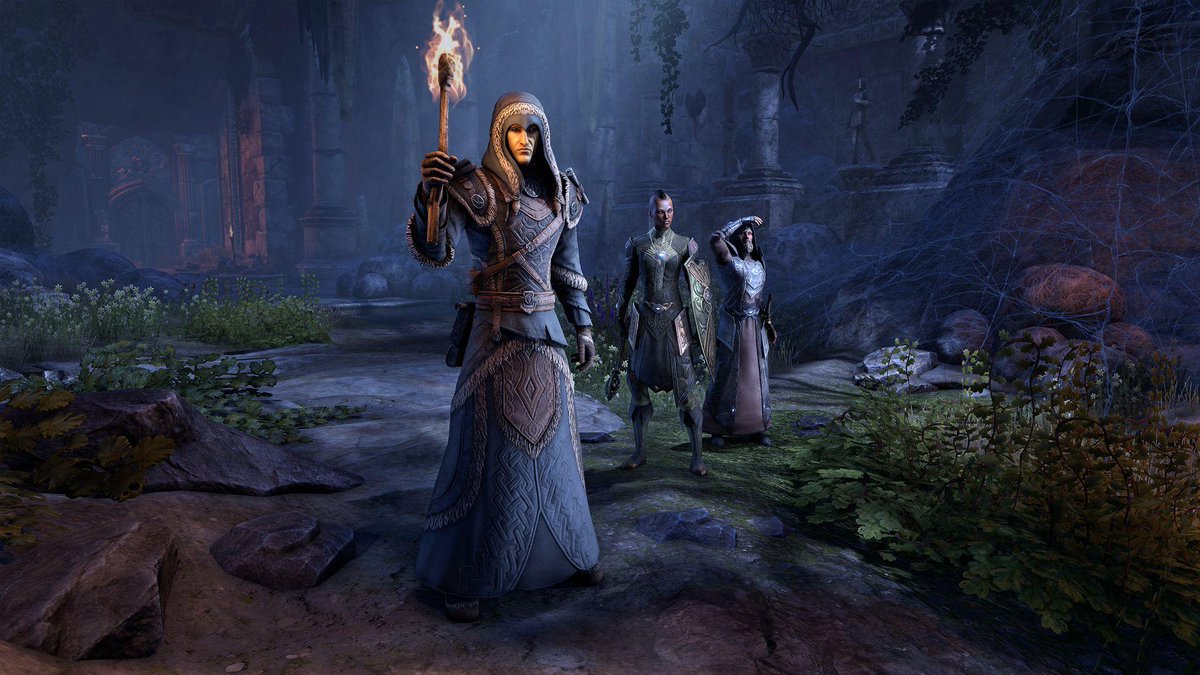 This is unclear. You say it will go back to the weekly cadence. Does that "weekly cadence" mean on tuesdays or back to sundays?

Sorry about that. The new weekly cadence is going to be Tuesday beginning on August 11 for the foreseeable future. Will edit the post so it's clearer.

Beginning on August 11th, we’ll be adjusting the date and time that Guild Traders make their weekly swap to coincide with some backend work going into Update 27. These new times will ensure we can fully monitor and react to any issues that may arise when the swap takes place. Below, you’ll find the new day and time when Guild Traders will switch over:

Comment
31 Jul 15:12     ZOS_GinaBruno on Forums - Thread - Direct
The purple torchbug hasn't been given out in any capacity yet. As for a "normal" one, you can always try to win one from one of our Stream Team members! That's currently the best way to obtain one, though we have given that one out at previous conventions or occasionally on our Twitter channel.

Who is your favorite character from Summerset and why is it Alchemy? 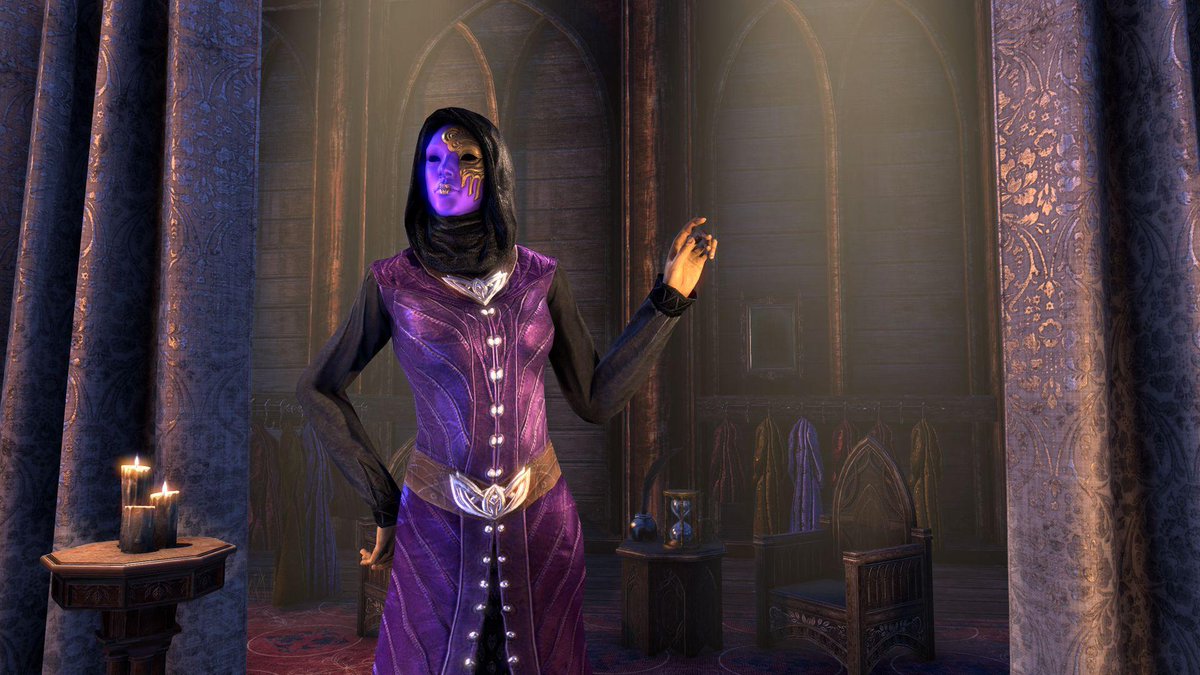