I hit diamond after 1 month of playing and don't really have anyone to share it with, so maybe you guys might like this. (IDK if I put the correct caption)

I always wanted to say that and now I made it to master tier! I ran out of places to climb though and feel empty. I made a lot of different decks, sometimes more than 5 decks a day, so I could find a deck that would counter the current daily meta net decks that I would face, or sometimes I would use said net decks to climb further. My most saltiest moments of making decks was that the instant I made some fun Freljord/Noxus decks with Vlad and the Crimson Elite, a lot of decks were made of that variety shortly after his buffs and that ruined a lot of my fun. I stream my games, so maybe I'll even get a third follower ahahah!

I hit diamond after 1 month of playing and don't really have anyone to share it with, so maybe you guys might like this. (IDK if I put the correct caption)

Sweet deck! Had so much fun I took it to masters :P

My submission for Riot's contest! Behold Chonk and enjoy! more at: twitter.com/arodriguesart

My submission for Riot's contest! Behold Chonk and enjoy! more at: twitter.com/arodriguesart

Did you do it yourself? I’ve seen a few odd haircuts during lockdown but yours seems pretty good

What happened to your hair?

When we started production on this game I promised the team I wouldn't cut my hair until launch. Welp, we launched!

I already have hero cards as backgrounds in my desktop, with 1 monitor base level, and the other moniter when they level...so good

Oh my god that is a fantastic idea! Thank you

Imho, balancing every 2 months might be too slow. Mistakes like Grizzled ranger/Badgerbear can happen and are fine, cause everyone makes mistakes once in a while, but like others said, they should be dealt with as fast as possible. 2 months of potential Grizzled Ranger/Badgerbear unbalance might be too long/frustrating for players and can limit diversity within regions. Though I wouldn't mind balance every 2 months if you guys would implement hotfixes outside of patches in those cases, similar to how its done in LoL.

Thanks everyone for the feedback. I think maybe I wasn't clear enough, my current idea is for the Balance Patches to be in-between content releases. So, we'd still be able to tweak any new card 1 month later.

Totally see peoples worries here around multiple months beyond that though, I think an example of how the new system might cause player suffering is around a card like Unyielding Spirit - Unfortunately in this case we only got the sentiment and feedback from players in a window after we'd already locked our changes for 1.2 so it ended up on the Watchlist.

What I'm hearing from you all (and I agree), is that it could be beneficial to make a select few changes during content release - This wouldn't be nearly as big as a balance patch, and likely wouldn't be a patch at all rather just ~0-3 changes.

I'm not on our publishing team. That group does amazing work, such as region videos, streamer launch activities, media interviews with devs, patch notes, custom art for media assets, regional events for players, made music & launch video, working with our streamers, gifting subs, launch rewards, amazon prime rewards, - the list really goes on and on.

11 players will win #LoR in-game prizes, with one lucky winner also getting one-on-one time with Principal Concept Artist @_skeeziks himself! Submit your entries by June 1, and be sure to read the full competition terms and conditions below 👇
Legends of Runeterra

Thanks for joining our first LoR #DrawWithRiot art stream! If you missed it, you can watch the vod here - . Also the competition is now OPEN - simply submit your own version of @_skeeziks' poro using @playruneterra and #DrawWithRiot to enter! 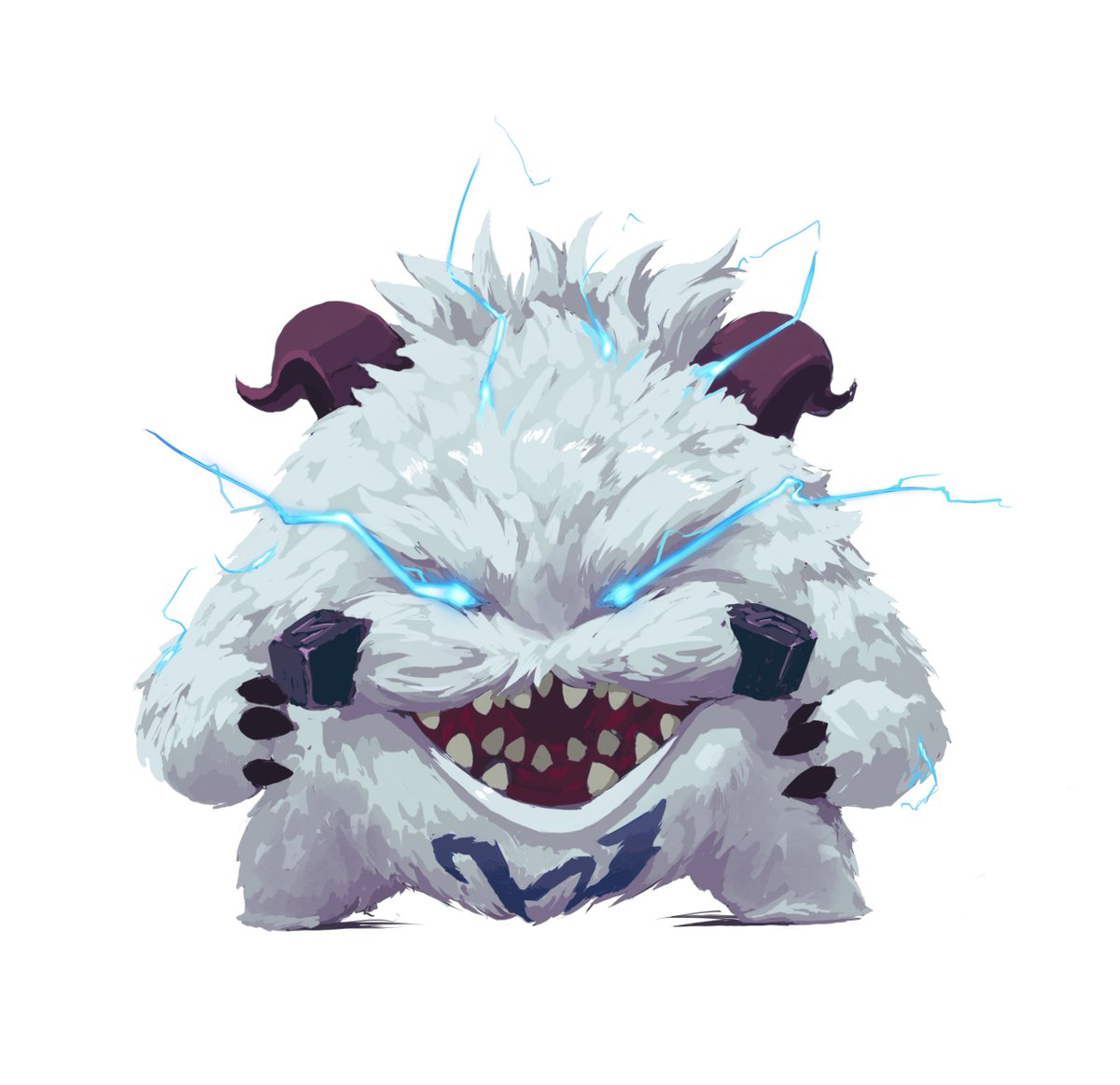 With a Mixup in the meta so frequently. Stale metas is the WORST part of card games and this helps so much. I'm very excited.

If you have any thoughts around this, let us know!

GAUNTLETS ⚔️ LABS ⚗️ EVENTS 🎉 and more are coming to Legends of Runeterra.

Appreciate the positive reply to my criticism. It's this particular one. The previous explanatory woman narrator for the bilgewater release was great for talking through all the mechanics and new champs, which made sense for a lower scale announcement/video.

It really just has to do with how big this announcement is. The content is something the devs have put a lot of time and thought into to create a great and captivating future for the game, and the delivery just wasnt commensurate.

The willingness to reply and ask for feedback is a great approach and very appreciated as an active player.

What about compared to these past performances from Jeff and I? (you don't have to watch them if they're too cringeworthy obv :P)

GAUNTLETS ⚔️ LABS ⚗️ EVENTS 🎉 and more are coming to Legends of Runeterra.

I do not want to hear these guys making an announcement ever again. I'm sure they are good devs, but they are awful at speaking and it was obviously read from a poorly written script while on zoom. Hearing them and comparing it to even post brode HS announcements made me cringe. This is HUGE news with tons of amazing content that I am excited for. The video editing was even great, but the speaking delivery was so emotionless that it detracted from what could have been a great announcement.

Thanks for the feedback! Was it this particular video, or all of our videos? We had to make some accommodations filming this one from home as we all are still working out-of-office due to COVID.

After the stream is over, submit your own version of the artwork created by sending us a tweet at @playrunettera and using #DrawWithRiot. We’ve got plenty of in-game prizes up for grabs, incl. Champions, Expedition Tokens and the chance to speak to the one and only @_skeeziks!

Join us live on Twitch RIGHT NOW for our first Legends of Runeterra #DrawWithRiot art stream - ! Principal Concept Artist @_skeeziks talks concept art and cooks up a cool original piece of his own. #legendsofruneterra 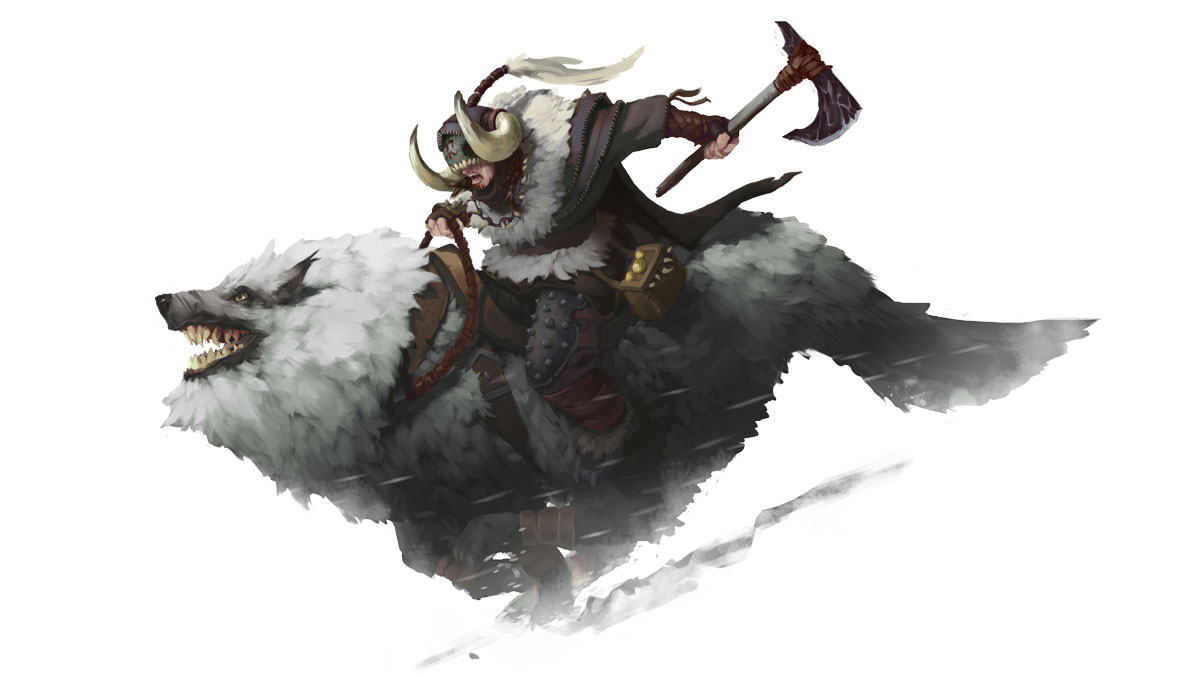 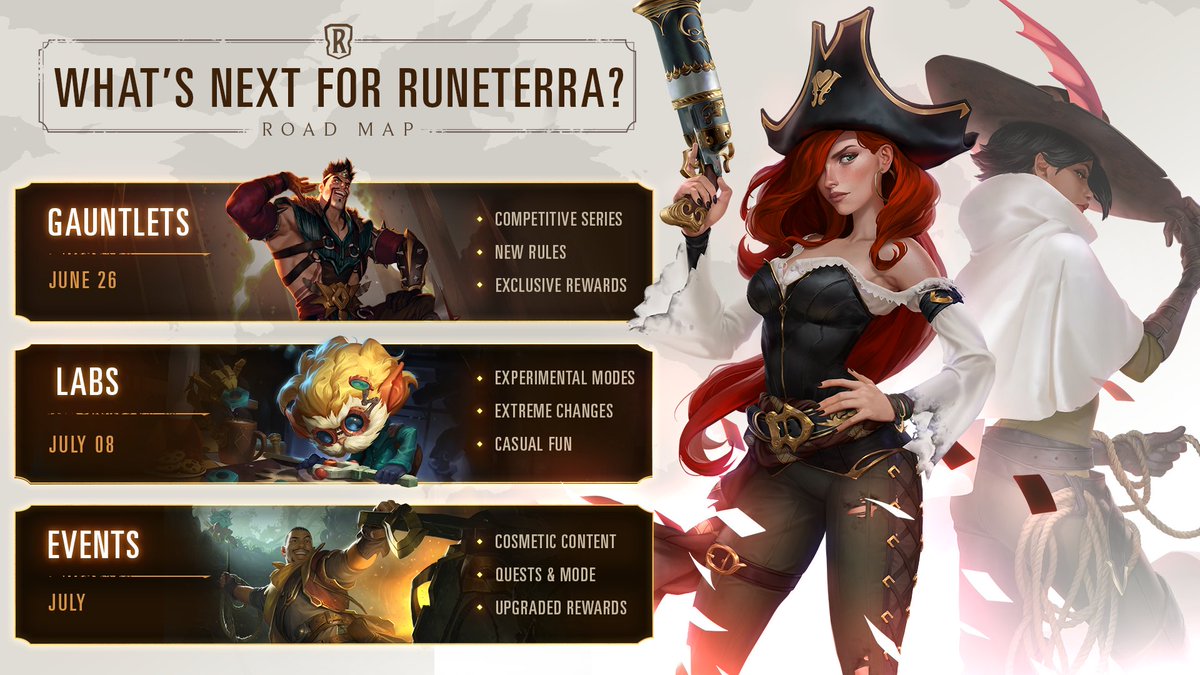 What’s Next for Runeterra | Features and Modes Coming Soon

GAUNTLETS ⚔️ LABS ⚗️ EVENTS 🎉 and more are coming to Legends of Runeterra. What are you most excited for? 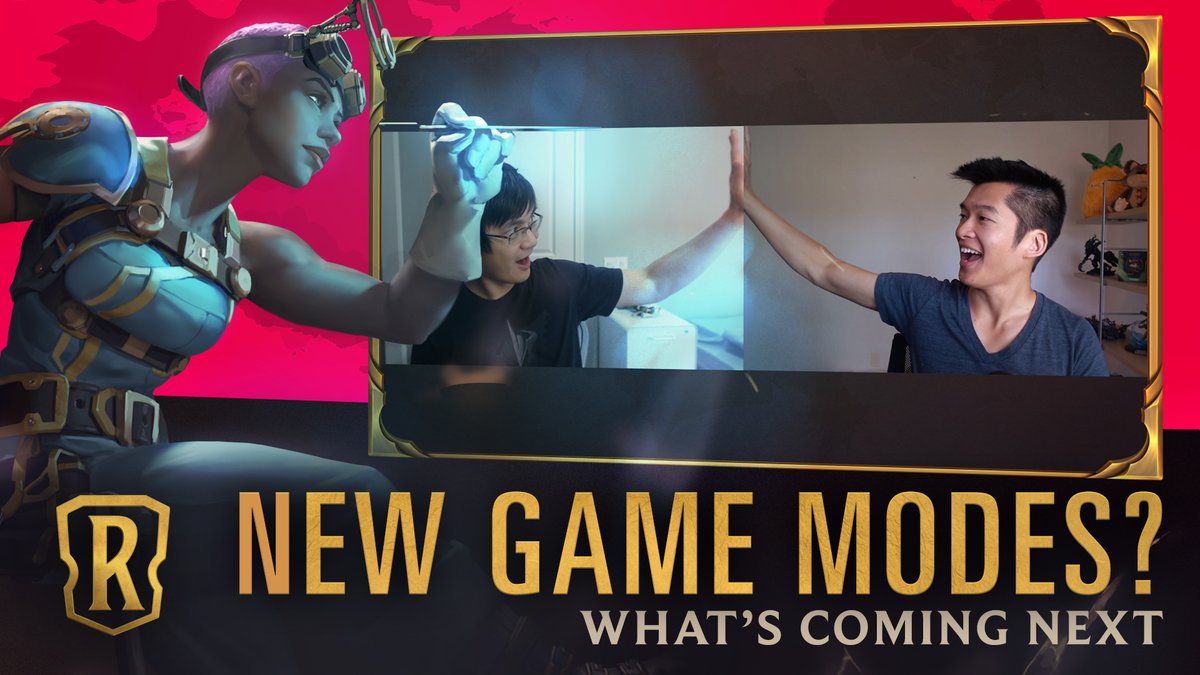 Sweating Ez emote is the best of the new emotes, change my mind!

Valid point, who would you wanna see doing the eye roll?