why when i play Apex stander mode, my character were stucked.

When you have the chance can you try repairing Apex Legends in Origin to see if that helps? If there is an issue with the game files that may help fix this.

If you right-click on the game in your Origin Library you will see a Repair option when the menu comes up. Let me know if that helps.

Nice! Thanks for following up and letting me know. I'm glad to hear it's working for you now.

This is your last weekend to answer adventure's call before the Lost Treasures Collection Event ends on July 7. 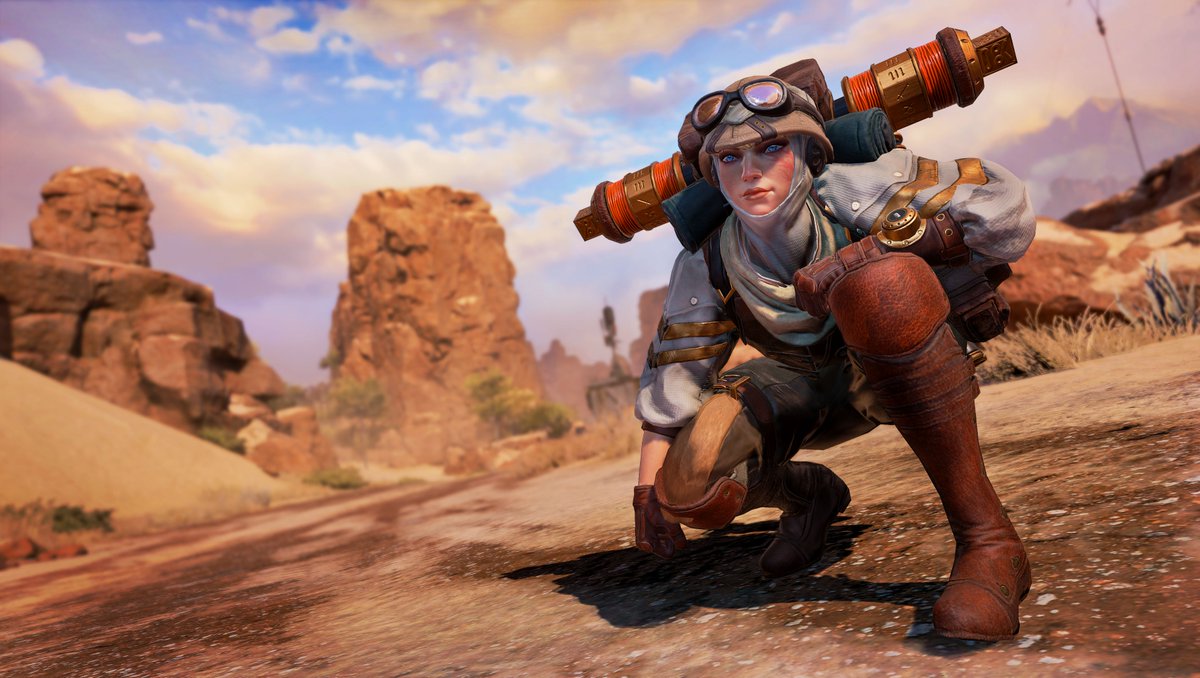 Who's ready to die on a zipline?

But now i'm wondering how a zipline can work in both directions at once...

These are your Champions! 😎 Complete your squad with the Apex Legends @OriginalFunko Pop! figures, available now. 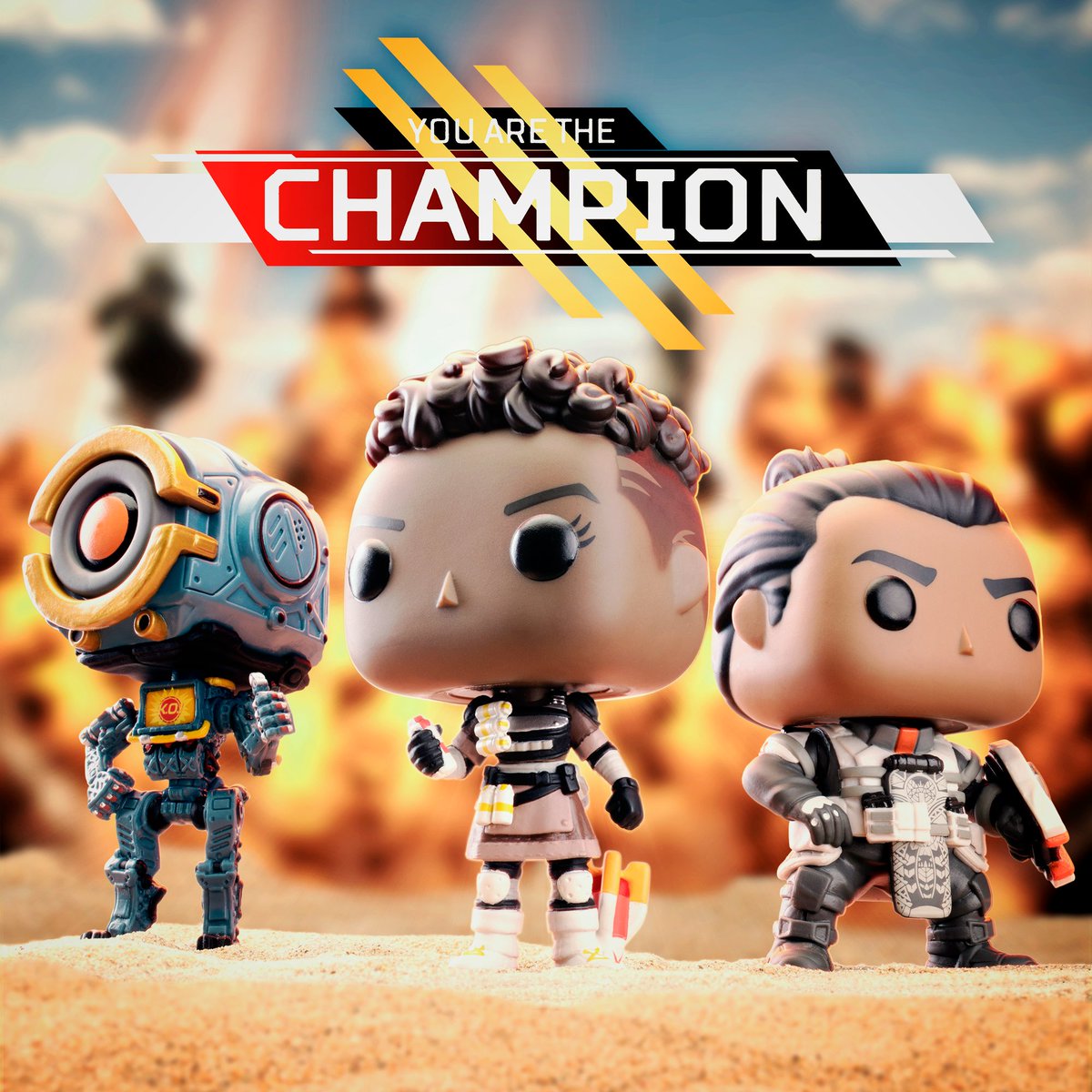 Wow that's a eye opener. It's kinda like how Wraith for awhile was the must pick due to her hurtbox and tactical. At a high level of play you was really pressured to go Wraith or lose. (My highest is plat so I don't think it ever applied to me but I get the concept. Also great job on the Wraith changes she feels so much more fun to play now!

I see now why the intent is too strengthen current tools rather than introduce new ones into the mix. Hearing the thought process behind game development is fascinating especially on the never ending battle of balance.

Also out of curiosity in World's Edge I think Loba can teleport anywhere that was added in S4 but S3 surfaces are a no go, does that sound about right?

That does seem like a bug! I'm not working on this one, but I definitely heard chatter about it. My understanding is the design intent is that Loba can go anywhere, within reason: we might exclude "RETURN TO THE BATTLE" triggers and slip triggers (where you can't stand on a thing because it constantly pushes you off).

Thank you for the kind words! Do remember that game design is not a precise science; I've been doing it for nearly 8 years now, but I'm still constantly double-guessing myself: is this actually true or do I only think it's true because it would make a neat pattern if it was true.

This was an interesting comment - thanks for the "if you can, you must" idea.

We've seen this exact pattern occur several times through Apex's life, particularly in high-end play where money is on the line.

- Abuse of golden res shields to avoid elimination while knocked

- Dropping your armor to avoid damage from Crypto's EMP

All of these were "glitch in the matrix" type things, not intended design. They would have been fine as occasional tactics, but because they conferred an advantage, they swiftly became the dominant meta until they were patched out of the game.

Pro players can't not do stuff, even if it's cheesy or abusive. That's leaving money on the table.

Those are all great examples, yes! I think the dropping armor on the ground thing got fixed before I started--IIRC EMP now also damages armor on the ground. I'm glad my design thought made sense! Whenever someone says "here's a nice thing that players can do" I immediately double check if it falls under this heading.

Coming out of Wraith portal can sometimes push character under geo

Players can use their gun while Phasing

Revy - If death protection wears off during a revive, it cancels the revive

If Revy’s death protection wears off while he is reviving a poor soul, it will cancel the revive. Player will need to re-initiate the revive.

Gas daddy’s Nox Canisters will not allow players to either revive teammates in it or revive themselves with the self revive. See community found video for example.

The New Marble Goddess Wraith Skin from the Lost Treasures collection event does not take headshot damage and has hitbox issues.

The Mobile Respawn Beacon has been appearing in other modes. This item is only meant for the LTM at the moment.

When using a healing item while stim (Octane) will allow you to move at a faster than intended healing/shield speed.

Wraith being able to shoot in the downed state

In certain cases, Wraith can still use her weapon while in the downed state.

Octane cant stim while in ADS

While in ADS, Octane cannot use his Stim ability

Some players have received a longer than expected time til their next challenge reset or Treasure reset.

We are currently test a fix for a client patch.

This fix will not apply for the railroad tracks and we are currently investigating a fix for that.

If I may make a suggestion? Ok so one of the reasons I really like Loba is for her scouting capabilities like Bloodhound but it's with loot instead of other legends.

I feel like whenever I'm not Loba I don't really see others use her passive to let the team know where all the good loot is. When I play her I try to use a sniper scope to scan as much as possible .

Maybe there's a way to incentives players pinging out loot and make it easier? (Idk tho, it's really easy enough as it and now that I'm typing it's more of a player issue than a design issue?) I will say pinging 2 items next to each other is impossible with her(while scoped with a sniper at range) as the pings will overlap each other.

Pings having more precision... Maybe a small bonus to CD for every item pinged?

Alternatively you could always just buff her teleport however I don't think that'll be the best move for the overall health of the game or herself.

Ah, great, I'll use this comment to talk about one of my pet theories. I call it "if you can you must", and it's what we call a "degenerate pattern" in competitive multiplayer games. Here's how the pattern goes:

You put in a small incentive that gives the player meaningful power in a competitive environment, expecting them to use it sometimes / when it makes sense. The player discovers that doing X thing gives them power, and because they CAN use it all the time, they MUST use it all the time or they're not playing the character at their highest power level.

(Sidebar: this is actually one of the reasons why mana costs in League are such a liberating mechanic; I've never designed a character without them, and this is a big reason. By adding a resource cost to an activity you gate the payoff behind a cost; now it's no longer a no brainer to always do it whenever the game lets you, and you can design incentives without worrying about "if you can you must").

We are aware of Loba's tactical not always being placed on Worlds Edge and we are currently testing a client side fix for it. For more info, @MonsterclipRSPN has given some additional insight on the issue.

Loba's tactical doesn't work well on large areas of World's Edge. Since the Marble Goddess thread seemed interesting to people, I figured I'd break this down a bit and give insight to what we're doing. (thread below: 1/11) 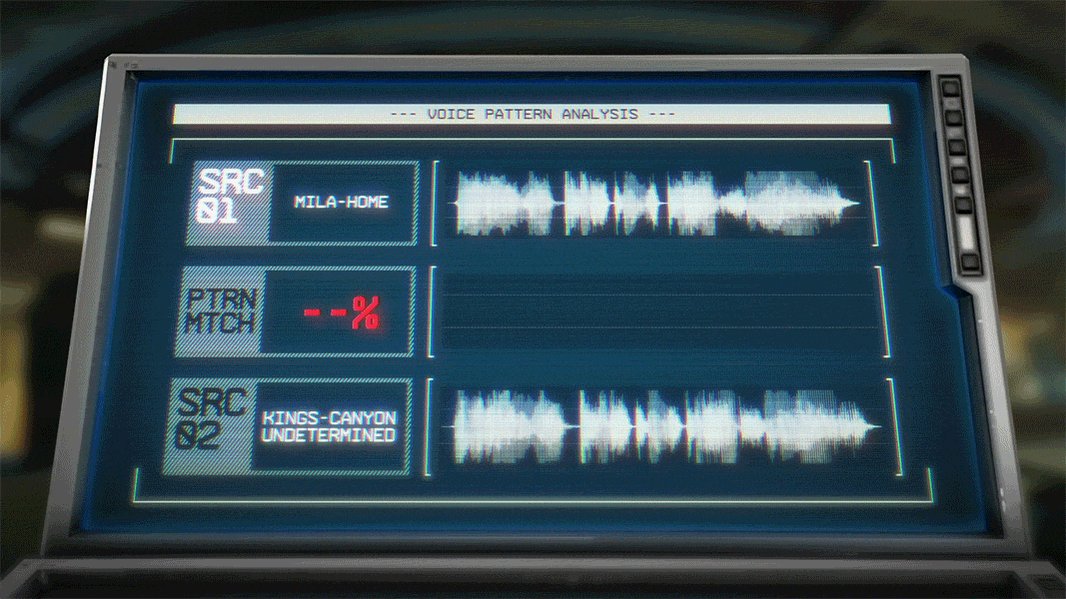 Thanks for letting me know it helped!

It sounds like this is related to a similar issue that other players have been reporting. We've forwarded it up to the Apex Legends team for a look. In the meantime, keeping the other USB devices disconnected should help with the crashes.

Wraith - Fixed an issue “The Marble Goddess” skin not having the correct hitbox. - Fixed an issue with wraith being able to get a speed boost by using her tactical, then her ult, then canceling her ult.

Revenant - Fixed an issue where if death protection wears off during a revive, it cancels the revive.

Octane - Octane will no longer be able to use stim while healing. - Fixed an issue with passive regen being delayed after the use of stim. - Fixed issues with being pulled out of ADS, weapon firing stopping when stim ends/landing from a jump pad.

@mrmikkancs Hi, packs opened just as a match starts will have their contents delivered, but i t can be easy to lose track of what was acquired.

In this case the pack contained the Legendary-quality Heavenly Strike Prowler skin, as well as (rare-quality) a Crypo quip and card frame.

Sorry that this wasn't communicated to you, we'll take a look at the ticket.