If possible could you attach the full text file for the DxDiag? If you're not comfortable attaching it publicly you can also send it to me in a direct message.

Some players are hearing a buzzing or audio pops while playing.

Reports are for all Platforms

If you feel you have been incorrectly banned, you can dispute any action against your EA account by following the steps in this article:

Hey, it looks like you just barely missed the 7.5 second assist timer cutoff. Your last hit was the 22 damage G7 shot at the 7 second mark, and your buddy finished them off just before the clock ticks over to 0:16.

It shouldn't stay negative for hitting top 6 in Gold, that should definitely lead to an RP gain. Just to double check, what is your current rank?

And yep please send any suspect screenshots our way and we'll pass them on.

This has been occurring at a higher rate since S5 Launch.

Respawn programmer explained the cause of the hit reg issue. Who wants to lay this out in a “Explain Like I’m 5” type of way? This kind of stuff interests me.

Thanks for taking the time to do an ELI5, I know a lot of people on this sub have been asking for some kind of explanation, just out of curiousty-sake!

Pff, if that was an ELI5 all you people here must be have been the smartest 5 year old kids ever, and I've been here long enough that I don't buy that :P

UPDATE: Last night we pushed out a patch to address the remaining issues with hit registration. Those issues should now be resolved. Appreciate everyone’s patience, as always!

Let the hunt begin. 🐺 Get the Fortune's Favor Pack and unlock the Pack Hunter Loba skin as well as 600 Apex Coins. Available now in the PlayStation, Xbox, and Origin store. 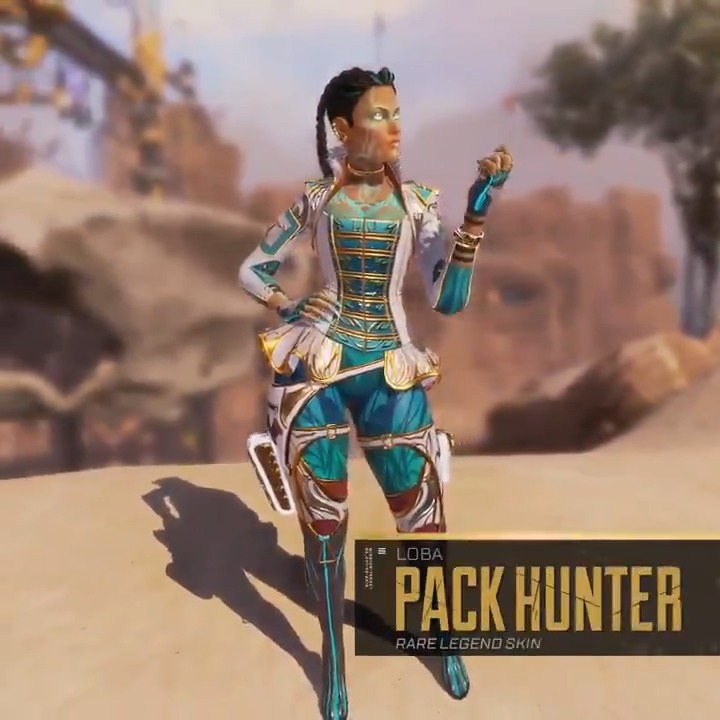 When you've got a chance can you try resetting the password for your EA Account to see if that helps? That can sometimes fix the invalid account error. For more info on how to reset it check out the EA Help website.

If you're still getting the same error message after that please reach out to the EA Help team so they can pull up the account and take a...

Unplayable, Always Crash with No Error

Would you mind sharing a DxDiag with us when you have a chance? For more info on how to pull one up check out the EA Help website.

Once you have the text file please attach it to this thread. Thank you!

As far as I know that should be fine. Rebinding keys to your mouse buttons shouldn't cause any trouble for you. I've done something pretty similar with my own mouse in Apex Legends without any issues.

Respawn programmer explained the cause of the hit reg issue. Who wants to lay this out in a “Explain Like I’m 5” type of way? This kind of stuff interests me.

What’s strange though, is that the game IS registering the hit. When I get no regs it hits the model (visual cue) and I hear the tick noise of it hitting (audio cue) so I’m confused why it was not actually registering the hit. You’d think there would be no feedback from the game that the tracer hit if the issue was that the projectile missed the object.

The way it works is that you send an input to the game to "fire". That input is processed on both your client, and the server (also known as prediction. The processing on the server is slightly delayed due to ping, which is where lag compensation comes in, but that's another topic)

The client runs all of the same logic that the server runs for your position, the angle you fired at, projectile velocity, enemy location, etc... and determines that you hit your target. The client then plays blood effects, hit sounds, etc... Meanwhile, the server is running the same logic with the same parameters, and it's expected that it will get the same result. Except with this bug, one of the variables used by the server and the client for the calculations was different, meaning the server was getting a different result, leading to no-regs. In APEX (and a lot of other games) certain parts of a hit are client side, (blood, audio) and certain parts are server side (crosshair "X" and dam...

Great! If there's anything else you need help with, let us know. Good luck and stay safe

Computer Freezing etc, due to apex

Thank you for following-up!

Have you been keeping an eye out on your PC temperatures while you're playing? I'm wondering if the temps might be getting too high and causing the PC to freeze or crash.

waiting to receive my Apex coins

I appreciate it. I can see that you spoke with the EA Help team quite a while ago about those missing coins. It looks like they had to escalate the case up for further investigation by the studio. The case hasn't been closed, so it's still in the process of investigation.

Unfortunately we don't have a way of seeing how long that may take. These situations are investigated on a case-by-case basis, so the time frame can vary. Hopefully it's something that can be sorted out soon. Thanks for being patient while it's under investigation.

Nice, thanks for letting me know it helped! I'm glad to hear it.

UPDATE: Last night we pushed out a patch to address the remaining issues with hit registration. Those issues should now be resolved. Appreciate everyone’s patience, as always!

Sound is awful with speakers

Comment
21 May 10:46 EA_Atic on Forums - Thread - Direct
@nospaferr if you reduce the Sample rate does that help?

* Tag me with @EA_Atic if you are responding to me.

* If you like the comments of other players please give them XP.

Hey, as noted, our spambot can be a bit overzealous at times, but posts removed by it are periodically checked and reinstated. It catches a lot of bad stuff too, so we can't retire him for now.

@ArchAngeL-PCX I can't see any post of yours removed, so it may have been reinstated. If a post disappears and the reason isn't clear, please create a report and we can look into it.

Hi, if you can attach the video, or host it on youtube and include the link, we can take a look and use it to highlight potential assist tracking issues.

And those are the servers of EA’s top shooter?? Damn right.

That's your connection, not the server. The spam of text and the drop from 20 to 18 squads left when your connection comes back is because everyone else on the server was not affected. It's also why your teammate was already in the process of responding to the fact that you were downed.

I just downloaded this game today. Is it normal for me to wait long for queue times?

10 minutes probably, it says 40 people are in matchmaking.

What region are you in? You might consider dropping to the main menu and trying a different, more populated data center. Your ping won't be as good, but you'll be more likely to find matches to help get out of the newbie pool.

I just downloaded this game today. Is it normal for me to wait long for queue times?

How long has the queue been taking for you?